A little slice of heaven

According to the Lonely Planet this island is rated as one of the best private islands in the world, and motoring into the bay it was pretty easy to see why.
The long pure white beach backed by swaying palms and manicured lawns had the most aqua blue water either of us have ever seen anywhere. 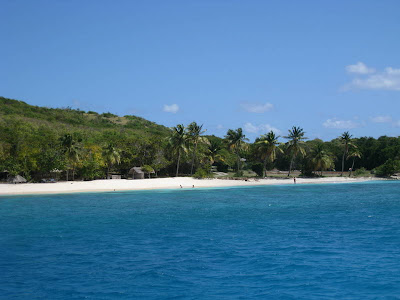 PSV, as its called by those in the know, has only one very up market resort where a cottage will set  you  back around $ US 800 – 1000 per night. Each cottage has two staff members in attendance 24/7, and all you have to do is raise the red flag at your front door and they will be on the doorstep instantly to tend to your needs.

Feeling that we were truly in a place that dreams are made of, our plans of just making a quick stop here quickly faded away and we decided that it was just too beautiful to leave, so we stayed the night, on GWTW that is. 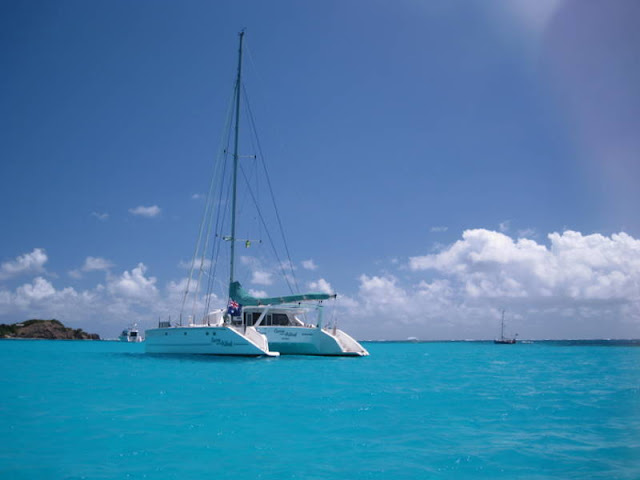 Well if you can’t afford to stay ashore and we certainly couldn’t, then we figured the next best thing was to sip a few glasses of bubbly on the sand and watch the sunset, so that’s exactly what we did.  On the way into the dock a staff member who was visiting all the yachts in the anchorage handed us an envelope inviting us to dine ashore in their restaurant, but after reading the prices, dinner on board was a far better option and a far better price.

Once ashore one of the grounds men pointed out a nice park bench under a shady tree a little further down the beach. This suited our needs perfectly and we settled in with a chilled glass of champers and some nibbilies to watch the sun go down.
As the saying goes “When in , or in this case, when in PSV…” 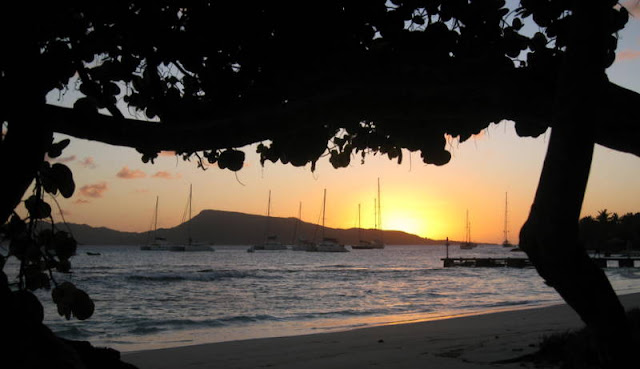 It was a shame to have to leave the next morning, but we were on a mission to catch up with White Rose, and now they were only a stones throw away.

A sand cay just off the end of the island

General comment: You would be crazy not to stop at this beautiful island
Posted by Gone With The Wind .... on safari on Saturday, February 26, 2011