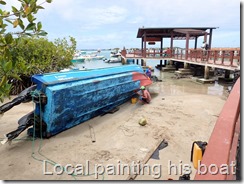 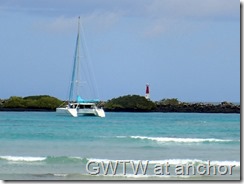 Our final trip was by foot. We followed the coastal trail  8 klms out to  a place in the hot arid scrub known as the Wall of Tears. During the late 40’s early 50’s a penal colony was set up here to deal with political prisoners and delinquents from mainland Ecuador. The conditions and treatment of those incarcerated were extremely hash. The guards worked the prisoners hard and for no particular reason made them construct a rock wall from the surrounding volcanic stone. It was a fruitless project resulting in the  loss of many lives. The wall still stands today as a memorial to those whose fate was sealed by being sent here. 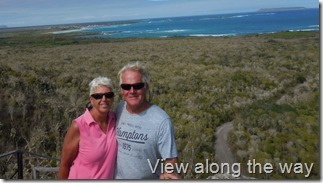 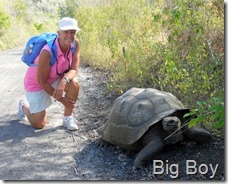 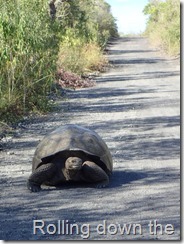 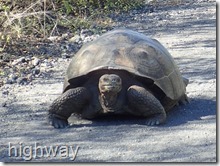 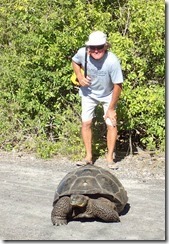 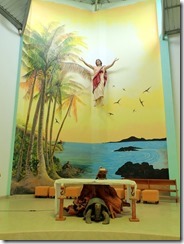 Our time in Isabella was quickly coming to and end and a final day was spent buying fresh veggies, having a haircut and checking out the only church in town that had a distinctive Galapagos flavor to it. The windows were beautiful and under the alter was a huge wooden carved tortoise. The mural behind the alter depicted Christ  ascending surrounded by frigate birds while iguanas watched from the shore.

We really enjoyed our time here and definitely recommend  to anyone following us to spend as long as possible  here on this special island.

So where to now ?? We’re off to  our third island, Santa Cruz. 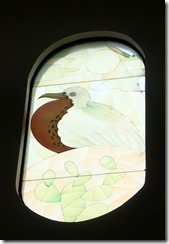 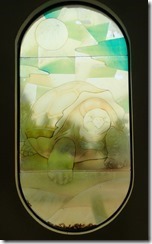 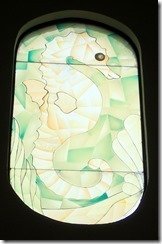 Above are some of the stained glass windows in the church but God always has a soft spot for the Galapagos it seems. Check out where the ray of light is going in the photo below on the left. 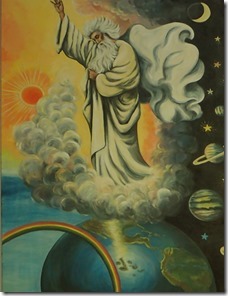 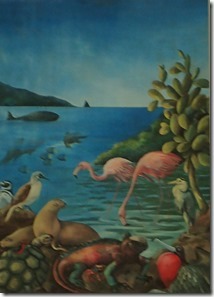