With a  forecast of a nice gentle north easter,  we set off for the 25 mile sail down to Biscayne Bay and the glitzy lights of Miami. Finally we felt like our cruising season had begun. A warm breeze, flat seas and bright sunny skies brought a smile to our dials all the way down. We even partook in a celebratory beverage up on the bow as GWTW sailed herself merrily along. 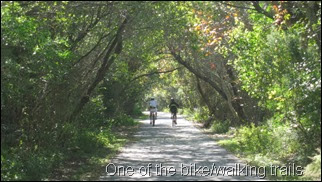 Arriving late afternoon we stopped at Key Biscayne for the night, next morning we checked out the National Park end of the island. There were a couple of  trails to follow along  the waterfront  leading to an old lighthouse and keeper’s quarters.

From what we could see there was only a sole occupant, a very laid back iguana sunning himself on the keeper’s roof. 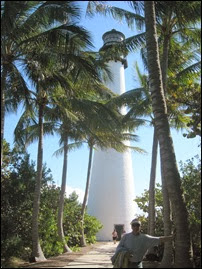 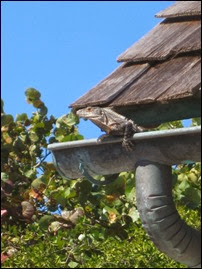 A little way off shore in the middle of the bay  we could see  some wooden structures which looked very similar to the large fish traps that we’d seen when sailing through Indonesia back in 2006. We were puzzled as to what they were.True to form the National Parks Service can always be relied upon to fill in the gaps with informative signage as to what the structures actually were. Stiltsville, as it was called ,got it’s start in the 1930’s when  a guy named ‘Crawfish’ Eddie set up a bait shop in the middle of the bay. The area takes it’s name from the seven houses built on stilts above the water. By the 1950’s and 60’s, it was a popular gathering place for fisherman, boaters,club goers and well known citizens of the area. The homes have long since been abandoned and are now part of the Key Biscayne national park. 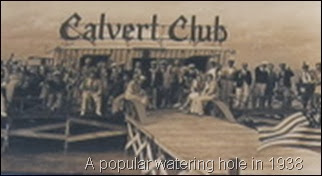 Friends Donnie and Judy, who we’d met in Deltaville back in 2011, had their boat in the Dinner Key Marina. We had quite a few days catching up with them during the 3 weeks that we spent in Miami, including a really fun night at a local sports bar watching the Superbowl, the grand finale of American gridiron football. It’s a huge event in the States, and the atmosphere in the bar was terrific. We especially loved the national anthem and it was pretty neat seeing the locals upstanding with hands on hearts. The Yanks are seriously patriotic and we love it. For the record, Seattle smacked the Denver Broncos, big time. 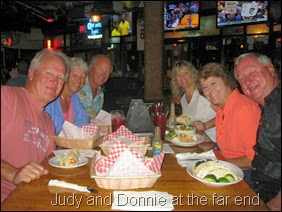 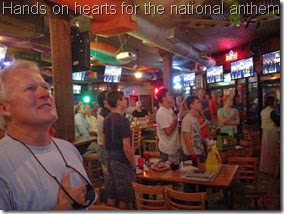 The World Cup sailing regatta happened to be on while we were there with over 550 competitors in various classes, and a number of Aussies competing as well. As the yachts slipped by us each morning heading out to race, the Aussie contingent would give us a friendly wave while we shouted encouragement and waved the Aussie flag. Naturally, the Boxing Kangaroo flag was also flying proudly. Team Australia performed well overall, scoring a number of wins in what turned out to be a very light-wind regatta. 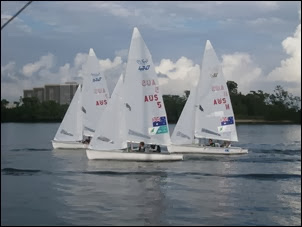 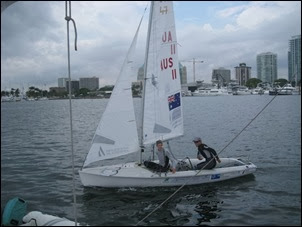 Miami was also an excellent place for shopping and Donnie,it’s actually Judy’s car, very kindly lent us their car, a  very flash SL550 Mercedes. It was a stunning set of wheels. Jet black, retractable roof, bucket loads of power and it made for a really cool shopping trolley! It was the perfect pose machine for these parts, and we certainly made the most of it. 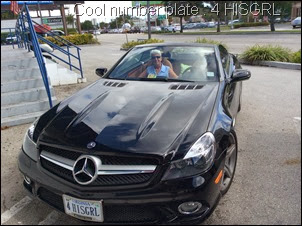 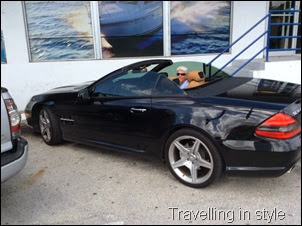 After lots of visits to the various shopping outlets we managed to fill most of the nooks, crannies, fridges and freezers onboard, provisions to last us the best part of 3 months we figured. With Cuba and parts of the western Caribbean on our radar, we knew that getting many basic items there would prove a major challenge. 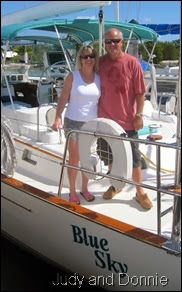 Finally the day to depart came around and after some hugs and kisses and goodbyes to friends, GWTW weighed anchor, next destination Bimini in the Bahamas.

Email ThisBlogThis!Share to TwitterShare to FacebookShare to Pinterest
Labels: USA 2014