A Chilly Start to the Cruising Season

Arriving back to GWTW in late November was not the smartest decision we’ve ever made. North Carolina was in the grip of a very cold snap, actually most of the America was. A “polar vortex” was the word of choice by the TV weathermen. Unseasonal for this time of year, we kept being told. Temperatures at night plummeted to near freezing and daylight hours weren’t much better. We were just glad that we weren’t living on board while we got GWTW ready for the water. We’d had enough foresight while back in Sydney to book a car and a room at the Beaufort Harbor Suites for a week for when we arrived. It had all the luxuries that we needed. A bathtub and kitchen for yours truly and a widescreen TV with cable and wi-fi for his nibs. We can highly recommend this accommodation to anyone thinking of storing their boat at Jarrett Bay Boatworks, Beaufort NC. For more info contact us.

Now you never know what sort of gremlins you’re going to find when the boat has sat on the hardstand for a few months over hurricane season. To our  relief she was in excellent condition, no mould, no leaks, just a grubby cockpit and a recalcitrant clock that would only work once the sun had warmed up the saloon each day. With the icy temps, icy decks and rainy days, sometimes we didn’t go out to the boat at all. It was just way too cold to do anything on board without heating. After a few days of forced total inactivity we gave in and bought a small gas heater from Wal-Mart. Buddy, as we affectionately named our heater, saved our bacon. At last we were able to get on with the business of getting the boat ready for the water. The weather had put us way behind schedule and we had to revise our launch date several times, but the yard was very easy going and it wasn’t a problem. 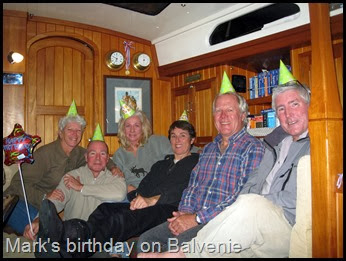 Friends Mark and Amanda from Balvenie  arrived in town after sailing from the Chesapeake and were moored down at the Beaufort town docks, easy walking distance from where we were staying. Along with other Aussie friends from  Koza we got together to celebrate Mark’s birthday.That same night a mini tornado hit an area not far from town,  homes lost their roofs and cars were smashed by flying debris. We were all glad that neither GWTW, Balvenie or Koza were in its path. Thanksgiving also fell that week and Amanda and Mark joined us in our apartment for a turkey dinner complete with pumpkin pie. 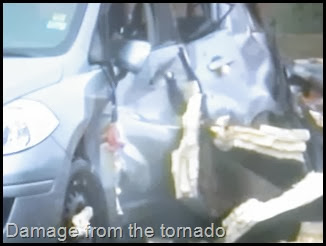 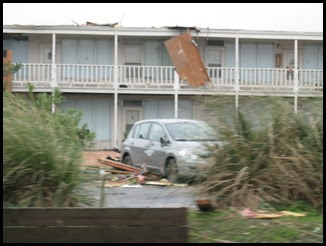 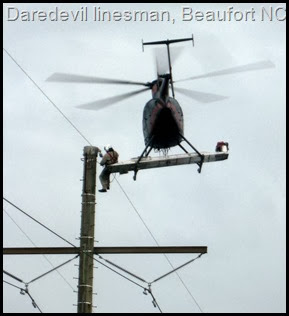 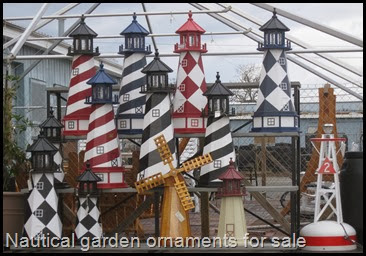 As the days marched on December 25th was rapidly creeping up on us. No one does Christmas quite like America and with only a few weeks to go until the man in the red suit arrived, homes, streets and towns started to take on the festive look. If it could be lit up it was. 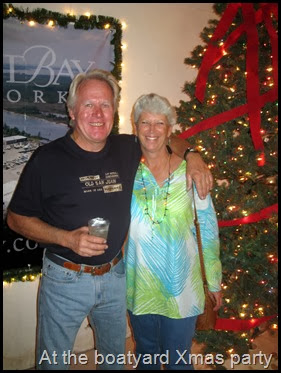 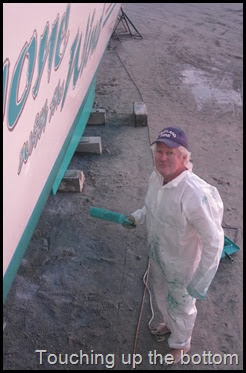 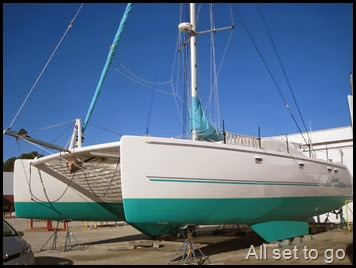 Eventually our launch day rocked around and with her new bottom paint, which now matches all the other green on the boat, GWTW splashed without a hitch. She looked a picture sporting her new colours.

A weather window had opened up for a two night sail down to Charleston South Carolina and we took the baton and ran with it. Anything further south had to be warmer than where we were. 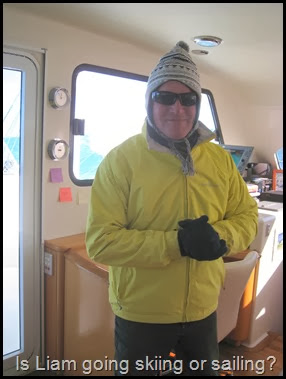 Sailing down the coast we were in loose company with another Aussie cat who had also been at Jarrett Bay, The Southern Cross with Catherine and Peter aboard. It’s always comforting to know there is someone else out there when you are on a passage even if you can’t see them. 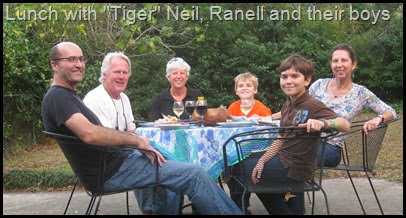 Arriving at Charleston we quickly realised that the temps there were not much warmer than where we’d come from, and with another cold front approaching we would be staying put for Christmas. While here we caught up with other sailing friends from the boat Tiger. Having swallowed the hook they are now land based and we spent a great afternoon BBQing at their house. 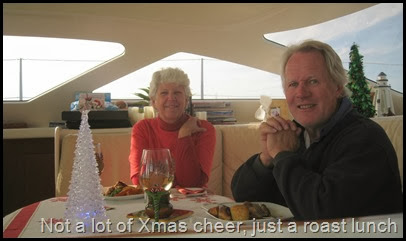 Before we new it Christmas day was upon us. It was a very low key affair for us this year. Suffering the lingering effects of the flu we were both feeling pretty flat, the furthest thing from festive you might say.  The temperature again plummeted down to low 40’s F (8C) and we didn’t even venture out into the cockpit on Christmas day. It was a far cry from our previous Christmas’ down in the Caribbean where the heat drove us into the water to cool off.

Boxing day was still incredibly cold but we needed to get somewhere warm, fast. A southerly front was forecast for south Florida in two days time and we wanted to be all tucked up and thawing out in West Palm Beach before it hit. The next two nights were a mixed bag of sailing and motoring. Clear skies meant for cold nights but we were rewarded with beautiful sunsets and sunrises. 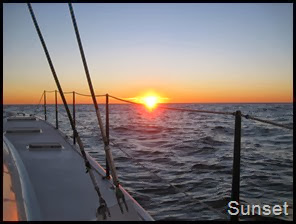 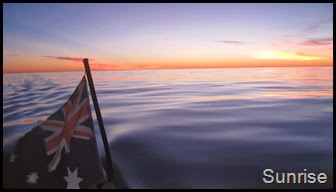 As the miles slipped away the temperature began creeping higher and on our last morning we stripped off the layers to t shirts and shorts. Yee Ha! Twenty miles north from WPB the southerly winds started to blow and the seas became rough and confused. A few big waves slammed into the port side of the boat and water flooded into the cockpit like a mini swimming pool. It was time to rev up the engines and get into port before things got really ugly. The inlet to WPB was the roughest we had ever seen it and we’ve been in there several times over the past years. We were over the moon once we got inside to the calm waters and it was WARM.

We called West Palm Beach home for the next two weeks and apart from catching up with more friends, yes we seem to have a lot sometimes, there were plenty of niggly boat chores to attend to. As usual, the City of WPB always has some event on while we are there. This time it was a mini marathon and a “boys and their toys” car show featuring mustangs, corvettes, Maserati's, etc. Probably a couple of million bucks worth of cars decorated the waterfront area that Sunday. 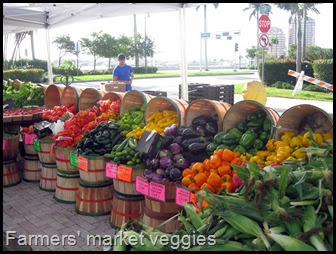 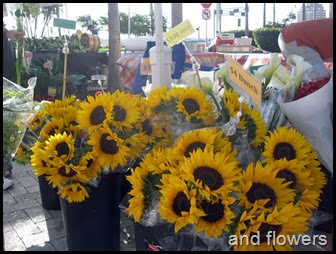 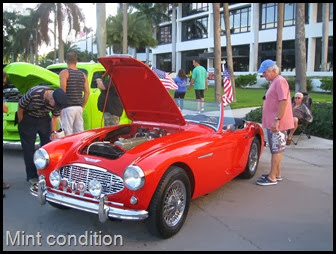 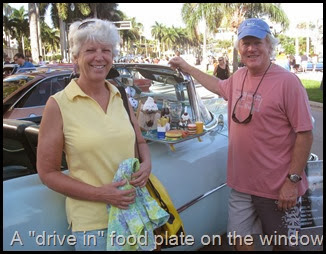 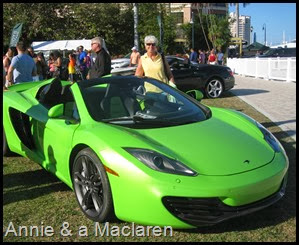 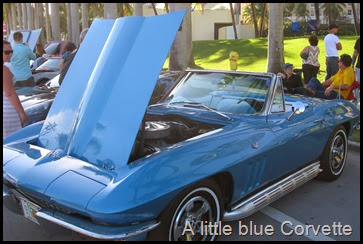 New years eve was the next major date on the calendar and GWTW by default had front row seats. Earlier that afternoon the Marine Police had called around and asked us to move the boat further down the river away from the fireworks barge that was being set up.

When we started to motor forward to raise the anchor, suddenly we had no steerage, no matter which way the helm was turned the boat did not respond. So down went the anchor again ‘till we sorted out the problem.

Puzzled, Liam opened our port lazerett only to discover that all the hydraulic fluid had leaked out of our steering lines.There was a big pink puddle staring up at him from the bottom of the locker. Further inspection showed that the steering line had chaffed right through, a design fault from when it had been installed back in 2004. We thanked our lucky stars that it hadn’t happened in the rough conditions entering the WPB inlet a few days earlier! That would have spelt certain disaster and we more than likely would have lost the boat on the rocks.

As it is the way in the cruising world, when you need help everyone will rally around to lend a hand. With the help of the team from Gem, Cristata and some friendly Americans we were dinghy-bunted onto the town dock where we stayed tied up for over a week until businesses opened up after the holidays and a new part could be sourced, made and installed.

As everyone knows misery loves company and the same goes for system failures on boats. After ten years of faithful service our cockpit fridge also decided to give up the ghost. A mere $2,000 later and we had a new one . I’m pretty sure you’d get a pretty gucci household fridge with all the bells and whistles for that amount, not just a compressor and plate that runs a boat fridge measuring 16 inches x 16 inches with not a  bell or whistle in sight. 2013 has been a hard year on our pockets, hardest one for a very long time. 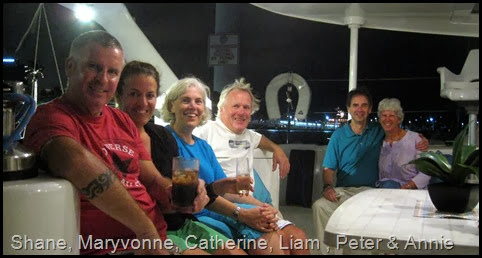 Despite our woes we had a great New Year’s Eve.

Maryvonne and Shane from Gem and Catherine and Peter from The Southern Cross joined us for an early dinner on board GWTW before watching the stunning fireworks from our front row position. 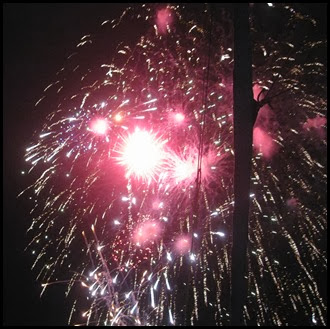 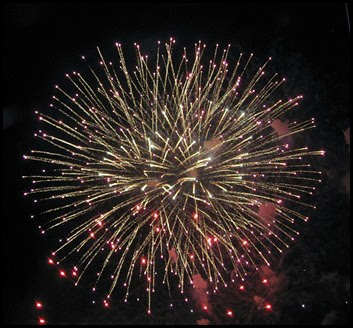 So that was how we ended 2013 and the plans for next year? Well  at the moment it’s head to Fort Lauderdale and Miami to catch up with more American cruising friends. Then over to the Bahamas, and onto some new and fascinating destinations, Cuba, Belize and the Yucatan peninsular in Mexico. After that, wherever the wind or the engines take us. Roll on 2014 !

Email ThisBlogThis!Share to TwitterShare to FacebookShare to Pinterest
Labels: USA 2013