Europe on a shoestring, not quite

After walking our tootsies off in Rome it was time to move on to Florence in the region of Tuscany, and catch up once again with English friends Bridget and Peter. As I mentioned in an earlier posting, they were renting a villa with Pete’s two sons and their families and they very kindly invited us to join them for a few days. We’d been to Florence way back in our motorcycle riding days in the late 80’s but since cruiziemers has set in, neither of us remember much about the place. So in essence it would be a whole new experience for us. The easiest and the most economical way to get there from Rome was by train, so off we trotted to the Central Termini  and boarded our Italia Rail fast train. 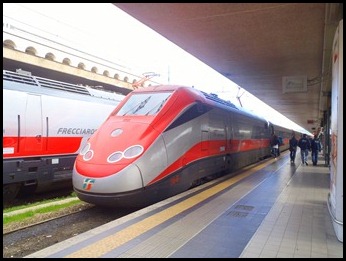 It’s a great way to travel as you can just sit and watch the countryside whizzing by.The trains are very modern and comfortable and run like clockwork. In just over a couple of hours we were met by Bridget's beaming face standing on the platform and were whisked away to the villa a la White Rose. 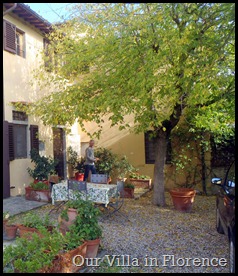 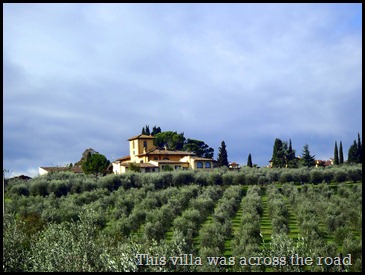 Including us, there were nine staying in the villa and it was an interesting mix of personalities.

Peter and Bridget had hired a car so the four of us spent a few days touring the beautiful Tuscan countryside and poking around the medieval towns of Monteriggioni, Siena and San Gimignano, the latter being our favourite, 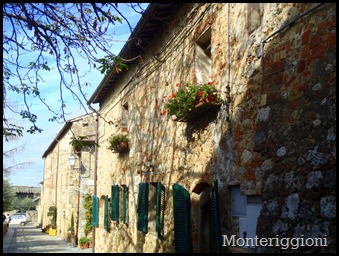 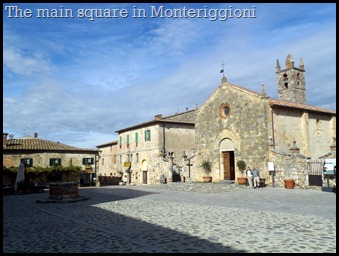 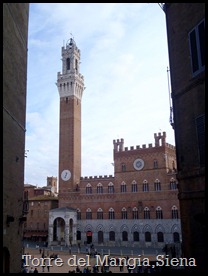 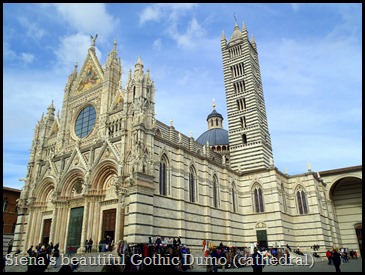 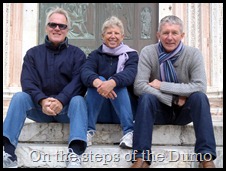 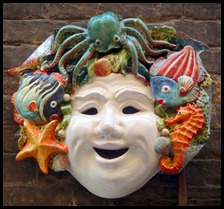 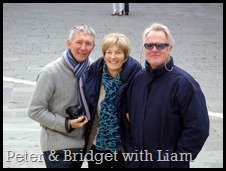 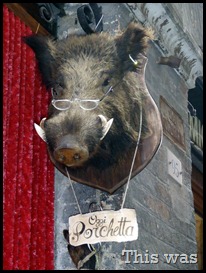 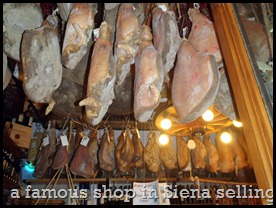 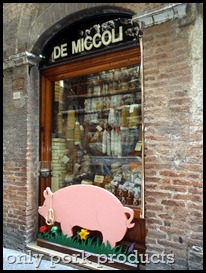 Having been away from Europe since we crossed the Atlantic back in 2010 we’d almost forgotten how lovely and rustic these ancient towns are, but sitting in the warm sun on the piazza in San Gimignano, woofing down a plate of fresh meats, cheeses and crusty breads soon had all the memories flooding back. 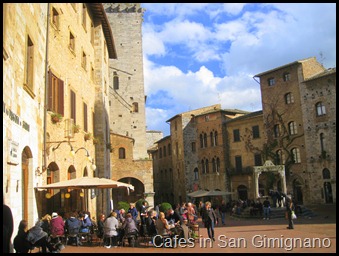 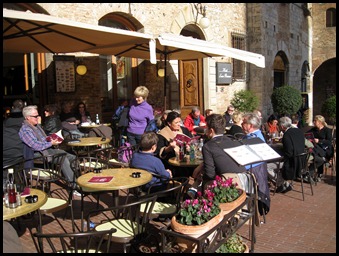 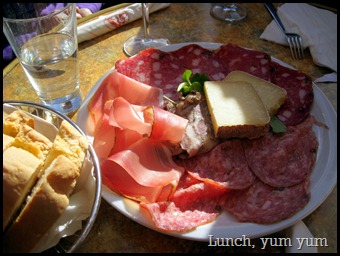 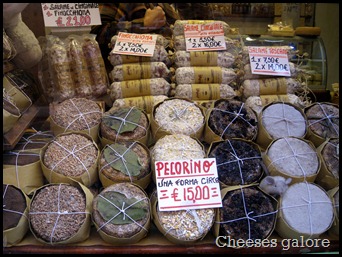 A common theme in these old towns are the narrow streets lined with tall stone buildings . Every so often they will open out onto a large square full of little cafes and usually a church or two. 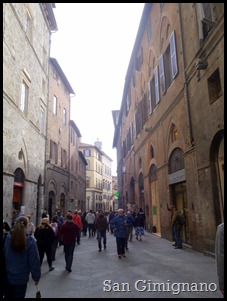 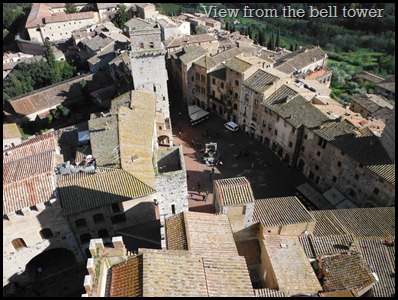 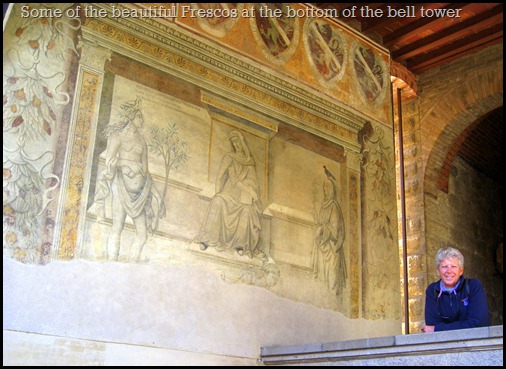 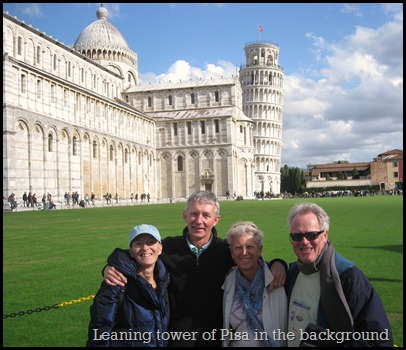 On another day we drove out to Pisa. We’d been here when we were on GWTW back in 2010 but it definitely was no problem to spend a day revisiting the place. It was a cool sunny day and the place was bustling with tourists. We wandered the grounds around the tower, took lots of photos then  found a nice café for lunch before heading back to the villa. 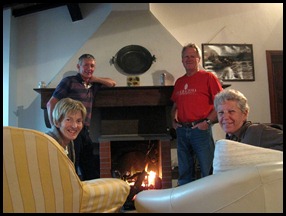 For most of our time in Tuscany the days were drizzly and the nights were downright chilly. Luckily the villa had an open fireplace and the caretakers had a huge pile of wood and we certainly made the most of it.The evenings were a family event with each couple  taking turns to cook. Of course when our turn rolled around, we  did the Aussie thing and cooked up a storm on the BBQ.It was pretty cold outside but Liam was determined to show off his culinary skills.

Our focal point in the city of Florence was to see the  Michelangelo’s statue of David which is housed in the Galleria dell’ Accademi. Created when the artist was only 29 it is an impressive statue carved from a single piece of marble.The detail was so life like. David certainly had a great body.Liam took some sneaky video on his ipad as photography was not allowed. Luckily there is a replica of the stature in one of the other town squares.

As the weather was pretty dismal and cold we cut short our visit to the city but we did have a quick stroll through town and stuck our heads into the Florence  cathedral which was lovely but after just coming from Rome, in our minds’ it didn’t really stack up.

Before we new it our time here was over and we all headed to Bologna airport for our flight back to the UK. We spent two more nights staying with Peter and Bridget  before we boarded the BA flight which would take us back to Trinidad, and our beloved GWTW.