Europe on a shoestring ? not quite.

Bright eyed and bushy tailed we arrived back at the Basilica just before 8am. The plan was to view the church, the grottos below and then walk up the 280 steps to the viewing platform on the outside of the dome.

With only about 40 or so people ahead of us we reckoned we would be done and dusted in a couple of hours. 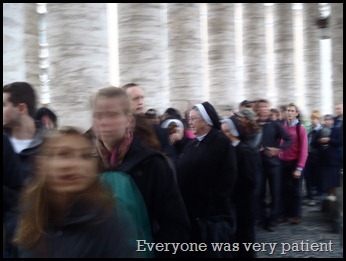 The queue seemed to be moving along nicely but we did think it strange that the nuns and priests who’d already gone through the security scanner ahead of us were literally running for their lives towards the church. Maybe they were late for the early morning Mass we guessed. Finally it was our turn to go through and with our backpack already on the belt, security closed the whole show down. What the frig was going on? Coming from every direction there were men in uniforms with dogs and men on walkie talkies heading for the church. It was all a bit bewildering especially as we don’t speak Italian. Finally we found out the reason. Today was the finish of a four week conference.The attendees being Bishop’s and clergy from every corner of the planet and the finale was to be the Pope celebrating Mass. Entry was with a ticket only. Ok, so we’ll go buy a ticket. Nope, they had to be sourced via your local bishop months before, so we were told. Hearing a rumor from people near us that sometimes the Nun’s have a few spare, we asked around but with no luck. Next thing we knew, we were told to move through the scanner, so we, like everyone else headed for the church doors at a fair clip hoping we’d make it in before anyone asked us for the elusive ticket.

We almost made it. Pleading our case to the guard who stopped us,… good Catholics, travelled from Australia, last day in Rome etc. etc. he pointed to one of his colleges and said “go ask him, he has lots of spare tickets”. With that, Annie took off across the square, almost challenging Cathy Freeman’s efforts in the Sydney Olympics, and came running back with tickets in hand. Once inside we realized why people had been running. Everyone wanted a seat on the aisle so you would be within touching distance of the Pontiff as he made his way in on the Pope-mobile. The scene was amazing, the church was huge. Already inside were hundreds of people with hundreds of cameras, iPads and iPhones snapping of photos and movies. The choir was warming up and television cameras were at the ready. Finally the church was full, several thousand people we figured. 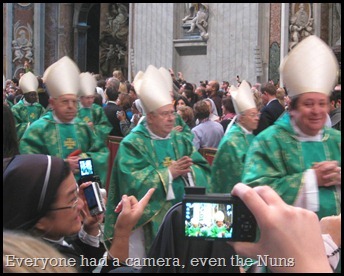 A procession led by hundreds of Bishops and other clergy made their way to the front pews. Then on the stroke of 9.30 with the flick of a switch the incredibly bright ceiling lights turned a well lit church into a Hollywood movie set.Trumpets sounded, the congregation rose to their feet as well as on the chairs, shutters clacked and the Pope made his grand entrance. 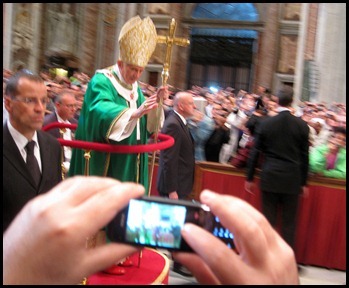 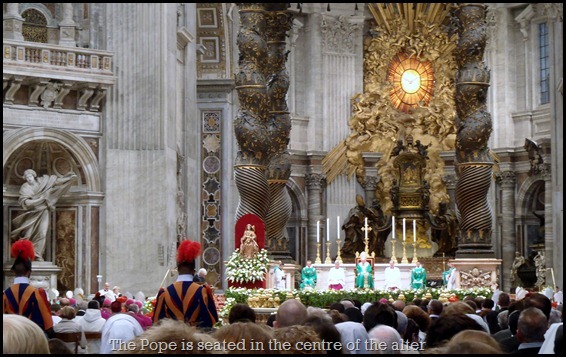 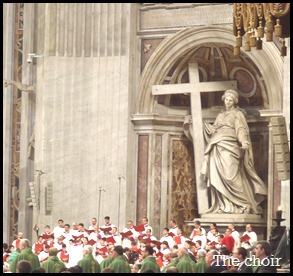 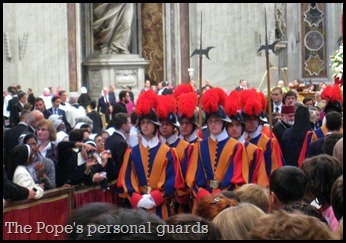 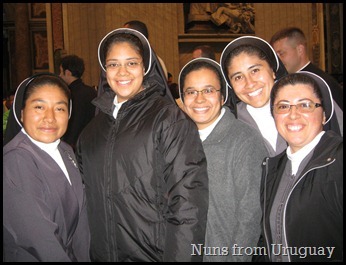 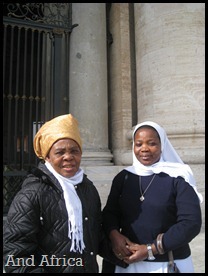 It was a surreal feeling, watching him move down the aisle only a couple of feet from where we were standing. Mass took two hours and they were the most religious two hours that we will ever spend. It was a wonderful experience. Unbeknown to us, while we were inside the church the square outside was also filled with thousands more of the flock who watched the entire mass on the big screens. Leaving the church we noticed the crowd looking towards a small window in the Papal building and as the bells sounded midday the pope appeared at that window to address the patient crowd below. 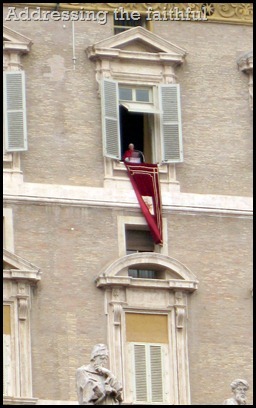 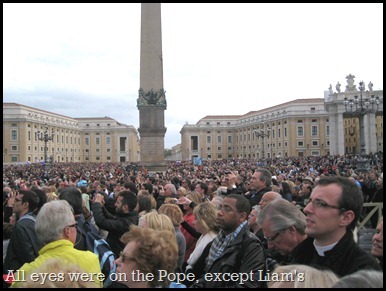 The flag waving faithful let out a huge roar and the Pope blessed us all in a multitude of languages including French, Spanish, English and amongst others Russian.

We had a fabulous time in Rome and our last morning was spent taking in the city sights from high above the outside of the dome of St Peter’s Basilica. Rome is truly is a magnificent city, expensive but magnificent. 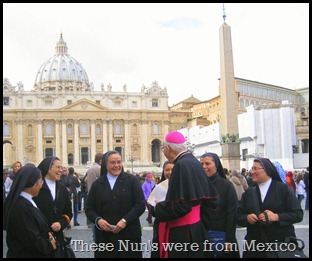 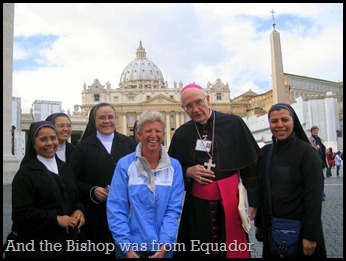 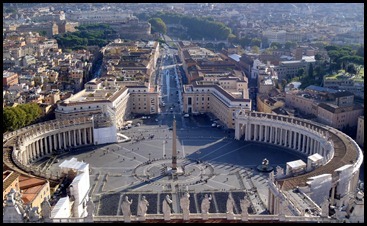 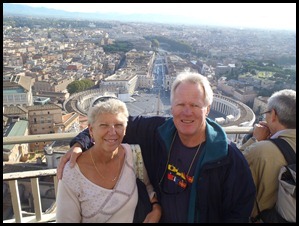 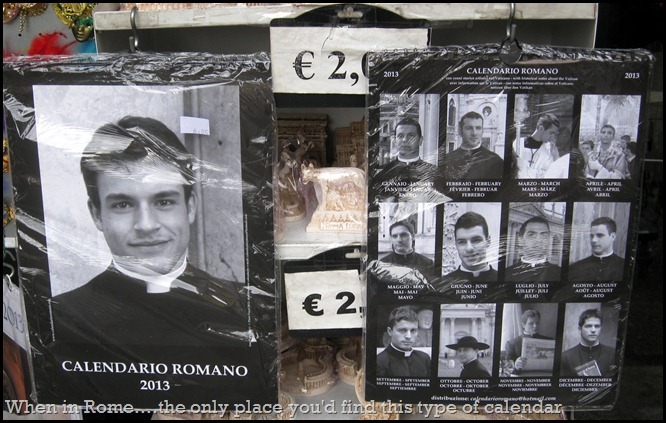