After a  rather short, ( we stayed up till about 2am  celebrating our arrival) and broken  night’s sleep, (we had one ear  listening to the VHF for when ‘Tehani Li” and “Samsara” arrived), we awoke to the long awaited sight  of  a white sand beach and the sparkling azure waters of Carlisle bay, Bridgetown.  It was a welcome sight after a couple of weeks of staring at nothing but endless ocean.
Not wanting to be caught in a queue, we were up early to move the boat over to the customs dock for our check-in.  , the capital of , isn’t very well set up to process yachts as precious few stop here after an Atlantic passage. Most seem to push on the extra 90 miles to one of the other islands, which in our opinion is a bit of a shame as it is a lovely island and way too hard to beat back to once you’ve gone past. The port area is designed to accommodate the many cruise ships that call in on their routes around the islands and the docks are tall concrete and very user unfriendly for the likes of us. As we had heard that there can be quite a surge in the harbour we enlisted the help of the crew from “Stardust” to help hold ourselves off from the wall while Liam took the boat papers into the officials. Check in was very easy and you pay a flat charge of $ 50 US when you leave.

With the formalities taken care of it was time to chill out and soak up what we had sailed thousands of miles to find. The first few days we were still very very tired and having a little siesta in the arvo was not uncommon.
Over the next 12 days we explored the island, swam and snorkeled in the clear waters, caught up with friends and exchanged stories of our passages.

Brigetown is a myriad of small streets with lots and lots of shops but strangely, very few restaurants.    (Well we didn’t find too many). That may well be because most of the tourists are either staying in resorts to the north or south of town or are from one of the cruise ships.


﻿﻿﻿
South of town and only a short taxi ride away  the area of St Lawrence Gap has lots of  bars,  pubs,  restaurants and shops and looks much  more of a happening place for night time outings.
We found the majority of people very friendly, often greeting us with a cheerful “Welcome to ” or striking up a short conversation as you walk down the street. This was such a nice change from the European countries where people just seem way too busy for everyday pleasantries.
.After being cooped up on the boat for a few weeks it was “time to get out of Dodge”, so in true cruiser spirit  we gathered up a few friends, (Stardust, Samsara, No Rehearsal’s kids Jay and Lisa, and Benoit from Tehani –Li) and booked a day trip around the island. Our driver/ guide was a nice fellow named Antonio who had been recommended to us by the chief of port security. Antonio certainly new his stuff and was a fountain of knowledge giving us the history and statistics of just about everything we saw. 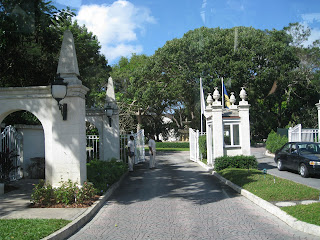 Driving up the west coast the beautiful beaches, golf courses and luxury resorts where rock stars and royalty holiday were stunning. Homes of the rich and famous including those of Sean Connery and Cliff Richards were amongst the mansions in the huge estate parks of the coastal towns around Holetown and Speightstown .These areas were such a contrast to the ramshackle houses of that it was hard to believe we were on the same island.

We had a brief  but interesting stop at the small which was built back in 1628. The interior of beautiful mahogany has been immaculately maintained and lucky for us the curator was on hand to give us a little of the church’s history as well.

The boys in our troupe must have looked a bit bored in the church, so with Antonio sensing this and guessing correctly that our men folk could be a tad thirsty he suggested that we pull over for quick refreshment stop at a tiny beach bar along the way. The boys chatted with a few of the locals, though the tread of the conversation was a little lost at times and the girls perused the fishermen’s catch of the day on display at the back of the bar. 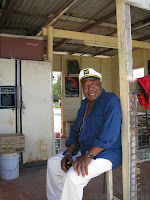 After stretching the legs it was back into the van and from here we turned inland, the road zig zagging through sugarcane fields, and rolling hills till we arrived on the east coast of the island where we stopped for lunch. Unbeknown to us at this time, a major delicacy on any Bajaan menu is the humble Flying Fish and had we realized just how good they were we certainly would have been cooking up all the unfortunate ones that have landed on our decks over the past years!

Another specialty, which seemed rather out of place to us, was  macaroni pie. “Pie” as it is called by the locals, seems to be served with just about any dish you can imagine, a bit like how the English love their chips.
The drive down the rugged east coast was beautiful and we passed many lovely beaches including a major surfing one named the “soup bowl” but to be honest none of our party really gave a rats about looking out at the ocean we had just spent weeks crossing. 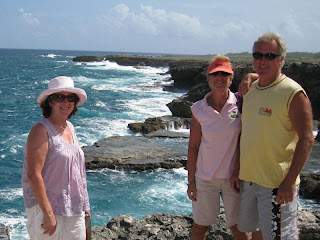 ﻿
We made a few other stops including the sea side town of “Oistins” famous for its fish frys (bbq) and then it was back to the boats. We had a great day out and would recommend an island tour to anyone following in our wake.

Some other highlights of our time in included : 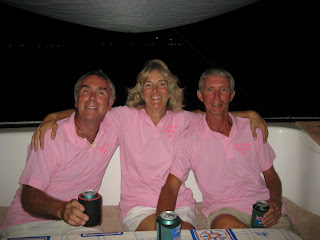 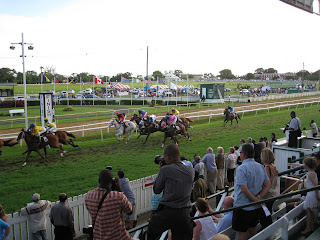 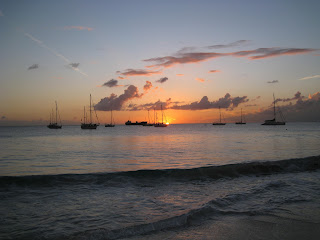 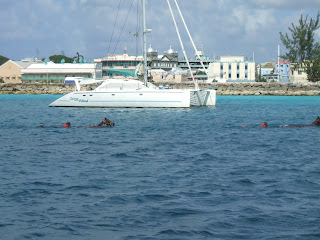 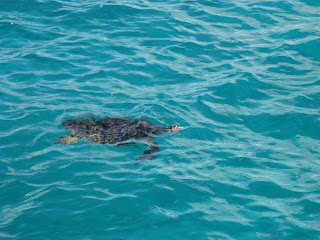 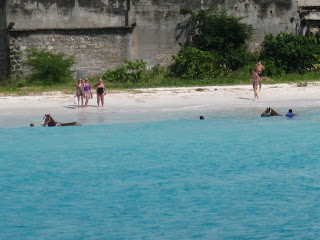 But the big thing that really stands out about our time on this island was being there to welcome our friends, share in the huge sense of achievement and join in the camaraderie that goes hand in hand when you’ve just crossed one of the world’s most famous oceans.

So after the best part of two weeks it’s still hard to believe that we were finally in the .

The trade winds are a blow’n and the rum punch is a flow’n.
Guess we’ll just have to get used to it..  mon!