Following a solid  night’s rest after making landfall in Momi Bay, we awoke to a magnificent sunrise. The only trouble with that is the old wives ditto…      “Red sky in the morning, sailors warning”

We should have realised then and there that things might be about to go pear shaped.

Our on board check-in with the Fijian authorities at Port Denarau Marina could not have been easier. The officers were pleasant, efficient and quick.


Contrary to what we’d be told by other cruisers they never stepped foot inside the boat nor did they confiscate any of our meat or vegetables. As for the health officer, his only question was “are you both healthy”? followed by here is my fee which you can pay at the marina office.
The fees were minimal with no charges for Customs or Immigration clearance during normal working hours or for our Cruising Permit. And as per the Fiji Mariners Guide the only costs were Health clearance : FJ $163.50 and Biosecurity : FJ$ 85.02 .


Liam had mentioned earlier in the morning that he’d noticed water, (and that would salt water of course), in my bow “shed” where we keep all our docking fenders, winter clothes and bedding along with a host of other stuff which is definitely salt water phobic. So you can imagine what I was thinking.

To cut to the chase we spent the following two days tied to the dock unpacking everything in my shed and painstakingly hand washing it all. There was so much water in there that Liam spent hours rigging up a pump and then pumping it out.
In the midst of all this madness with our cockpit now resembling a junk yard our friends in uniform decided to pay us another visit. We wondered why.

It turns out that their untimely visit was two fold, They clamored back on board amidst our chaos stepping over wads of salty clothing, suitcases piled high and a myriad of tools and pumps. It was clearly a different scene to when we arrived with a pristine cockpit 24 hours earlier.

As I said their visit was two fold with one issue being that I had omitted paying the Biosecurity Fee. Actually I didn’t realise that he’d given me the bill as it had been stapled to the back of another form and I’d completely missed it.  The money was handed over and that matter was settled.


The other more pressing issue from the Customs officer.
We know  from our surveillance that you stopped in Momi  Bay the night before you checked in here, so tell me why? That was a big no no as it turns out. We answered honestly, saying that we were fatigued from the rough passage and that also in the guide book it is stated that you have 24hrs to clear in once you arrive in Fiji Waters, which is what we had done.
We also told them that our charting for the Denarau area was not very good and we chose to stop for that reason. Entering a foreign port in the dark with less than perfect charting would be foolhardy and we just don’t take those sort of risks, we explained to him.


He wanted to see my book which I gladly showed him. His retort was that the intent of that paragraph was not as it was written. To which I replied I can only interpret the words how they written.

The gentleman cogitated over these points but then started to delve deeper.  Did you get off the boat and go ashore in Momi Bay? No we didn’t get off the boat we just went to bed Do you know about the Australian catamaran that got busted on arrival last year carrying two million dollars worth of cocaine? Well of course we did, that sort of thing spreads like wildfire in the cruising community.
Do you know the people who were on that catamaran? No.   You have a very nice catamaran, where did you get the money to buy it?  We sold our house to buy it, I said. So you don't own a house anymore? No we don’t, this boat is our home. What type of jobs did you both have when you were working? You must have made a lot of money from your jobs, yes? We worked hard and saved so we could buy a boat. Do you have drugs on board? Absolutely not, bring your sniffer dogs down, Liam said.  Tell me again why you stopped in Momi bay ?? The questions went on for over an hour with him saying  over and over this is a big problem.

We had heard the day after we’d checked-in that a US flagged vessel also stopped in the same bay and had expressed a good deal of attitude with regard to the questioning and was fined a few thousand dollars for stopping before clearing in. We figured we were now about to join that payroll as well.

Red sky in the morning …

Eventually the Biosecurity officer must have decided enough was enough with all the questions and he picked up his phone and said to the customs fellow “I think we are done here” and with that they left, we breathed a sigh of relief at not having to cough up for a very big fine and got back to the business of cleaning up our salty mess. 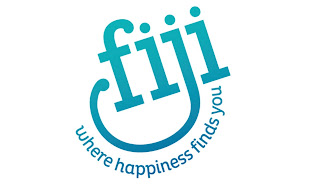 It seems that laidback Fiji is now on the radar as a drop off /distribution point for drug shipments leaving South America bound for Australia and Asia. Indeed we know of  at least three Australian cruising boats that have been under the eye of the Australian boarder authorities working in conjunction with Fiji Federal police to intercept these shipments. Two of the vessels were catamarans.
So if you are reading this and are a cruising boat leaving Panama looking to make a few quick bucks, think long and hard about the choice you make.

With the interrogation, cleaning and repacking now behind us it was time for some socialising with  Aussie friends John and Franny from Kia Ora who we last touched base with in French Polynesia.

Later in the week quick we’d be heading over to Musket Cove where Liam’s family and grandkids were due to fly in in a couple of days. That should be a fun time for all concerned.