One by one the group of boats we left New Zealand with arrived at beautiful Minerva Reef. By the time the dust settled seven boats were anchored with us. Several dozen more could easily have fitted and no one would be invading their neighbours personal space. The lagoon inside the reef is huge.

If the conditions are right the reef is a perfect place to stop for a few days when heading north from New Zealand to Fiji or Tonga. 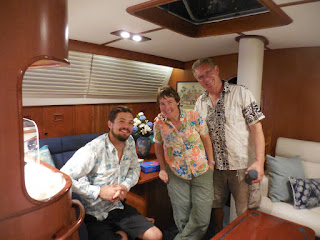 Lay days here can become very social  at times and with our little group that was certainly the case.
The crew of Rewa had caught a large marlin on the trip up and Tony and Gail from Certaca kindly offered to host the fish BBQ party, with everyone else pitching in bringing side dishes along. It was a real fun night.


There has been a lot of talk on the subject of catching lobsters here and  as it turns out it’s not not just the cruising boats who frequent this place. A few weeks earlier the Tongan Navy ship swung by for a few days and hoovered up a massive amount so along with the twenty boats that were stuck there for over a week due to bad weather, we really didn’t hold much hope of having much  hunting success. Ed from Aka, a veteran of stopping at the reef and quite the hunter himself gave Liam a few pointers on the most likely spot for catching these illusive creatures.  Well Liam was in the water like a rocket once he got the inside scoop on where to look. 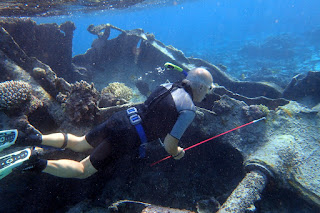 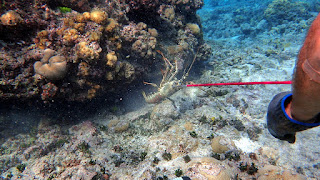 The lobster hunt went very well and over two days we managed to catch five good sized ones. Four of them ending up as a very tasty lobster stew courtesy of Tessa and Nick from Rewa.


Our snorkeling expedition was less successful, finding only a few spots of colourful coral and not a lot of fish life. 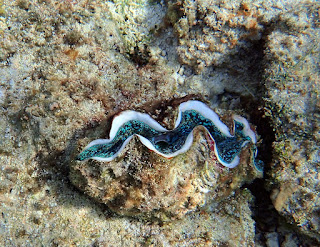 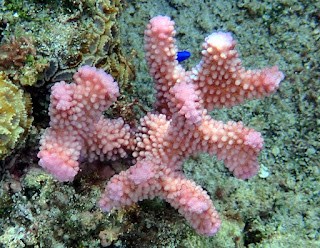 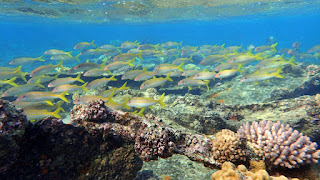 Our stay here in  Minerva was cut short by the weather gods and on the evening of the 21st we up anchored and headed out for the 3 night passage  of 435 miles to Savusavu Fiji.

It soon became apparent that due to both the weather and the fact that Liam's family was arriving into Nadi in less than a week it would be prudent to alert Fiji customs that we would now be arriving into the port of Denarau rather than Savusavu. So we bid our sailing buddies farewell over the radio, turned the helm to port  and pointed the bows towards Denarau on the west side of the main island of Viti Levu Fiji.

At 2200 hours on the 3rd day we plopped the anchor down in Mombi Bay Fiji, just 10 miles short of Denarau. Checking in could wait ‘till tomorrow.