Time for a change of scenery :  Moving on to Ua Pou 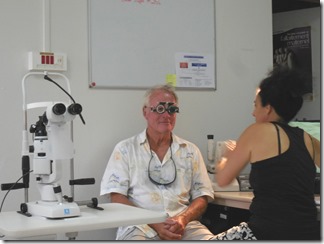 We  stayed in Nuku Hiva for just a couple more days as it was time for Liam’s final visit with his eye specialist. Dr Ojeda had flown down to Nuku Hiva hospital to conduct an eye clinic for a few days and she had booked Liam an appointment. The hospital was a five minute walk from the anchorage so there was no excuse but to be on time. Liam was first cab off the rank and within minutes  of testing his vision was given the all clear. 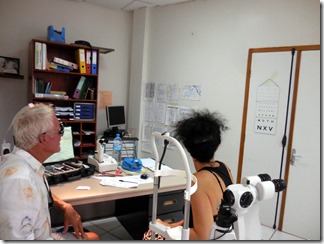 He still requires a maintenance program  to continue for the next six months, but other than that his eye has come a long way since his injury happened.

Sunday morning saw us up early and decked out in our Sunday best. We were off to attend 8am Mass at the Cathedral Notre Dame just a stones throw from the anchorage. It was a packed house and even though the service was in Marquesan, it followed the usual lines of the catholic mass, so it wasn’t hard to get the gist of it. 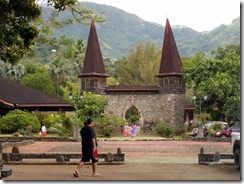 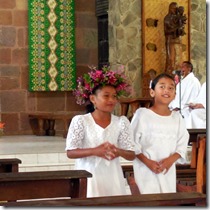 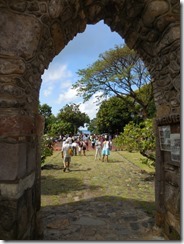 The singing of the choir and the congregation was incredible. The harmonies were something else and we’d been wanting to hear  them since arriving in the Marquesas way back in August. Guitars, ukuleles and drums provided  the backing music. Both women and children wore crowns of flowers in their hair as is the Marquesan way, while the men wore colourful shirts and sarongs or shorts. The footwear of choice was the every versatile pair of thongs (flip flops). Everyone in French Polynesia wears them. 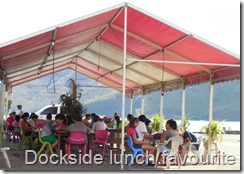 After church finishes families share the rest of the day together.The shops are all closed and the place winds down to a snail’s pace. Down at the town dock adults chatted and ate lunch at Henry's café and the kids and dogs played at the beach or whiled away the hours jumping off the dock, riding pushbikes or just hanging out as kids seem to do. It was a refreshing change to see families really enjoying the great outdoors. 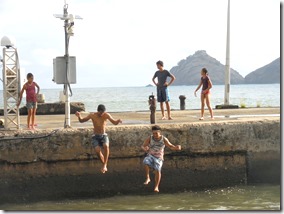 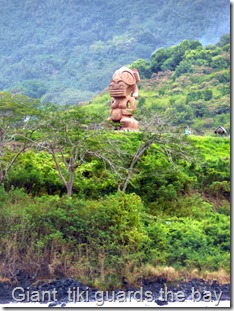 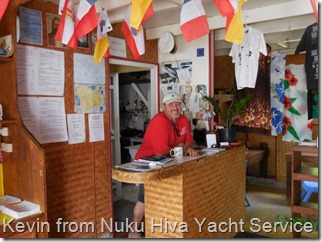 After topping up the larder once more we spent our last couple of days back around at Daniel’s Bay. Nuku Hiva had been a great spending time here and we know we will miss the place, but it was time to move on.

Our sail across to the island of Ua Pou was a boisterous 25 mile run . The wind was up around 20kts from the east and the seas threw up plenty of 8-10ft waves. Still, all was forgotten once we tucked in  behind the harbor wall in the main town of Hakahau and settled in for a few days.The backdrop of spires reaching skyward is one of the most photographed places in French Polynesia. We had briefly visited the port in August and now will have the chance to see what the interior has to offer. 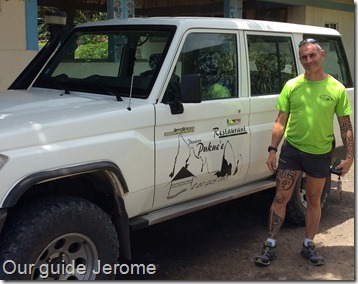 We booked an east coast day tour through Jerome at Pension Pukuee and he collected us from the dock in his 4x4 just after 8am. As is the culture of both  men and women throughout the Marquesas, Tattoo’s are very much part of life and tell a story of the persons heritage. Jerome has studied the art of Tattoo and has inked the artwork on  his leg himself.

With only the two of us it was a little expensive but still worth it. Leaving the  village and the valley behind we climbed up towards the cloud covered pinnacles, the road alternating between paved and dirt. 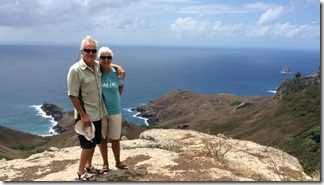 Jerome knows his stuff when it comes to the history of the island and of the Maquesan tribes who lived in the past. With the island being only 10 miles long and seven wide he seemed to know just about everyone we saw.

He took us to scenic lookouts, ancient Mar’ae sites in the middle of nowhere or so it seemed, and a husband and wife team in the village of Hohoi who have chosen the rather unhealthy career path of turning  hunks of “flower stone” into beautiful carvings,  for which tourists pay a lot of money. They work so hard to create these works of art that we couldn’t possibly leave without making a small purchase. 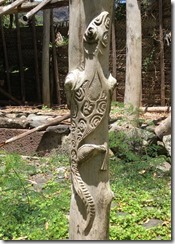 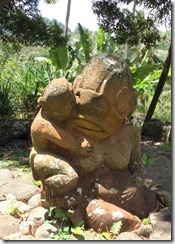 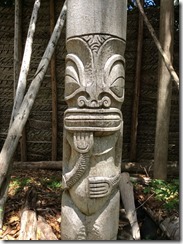 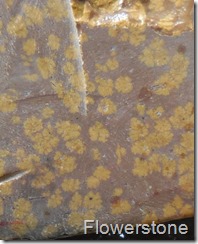 Next on the agenda was a stop at the beach where if you are lucky you’ll stumble across the flowery patterned stones themselves. Apparently this type of rock is extremely rare and only found here on Ua Pou. We did find a couple of pebbles and hopefully Liam will be able to polish them up to a brighter shine. Our own little piece of Ua Pou to take home.

From here it was off to have lunch in a private home in the seaside village of Hakatao.  The front room of the house doubled as the only general store around.  Out on the breezy front porch the table was set and the food  laid out just needed eating. 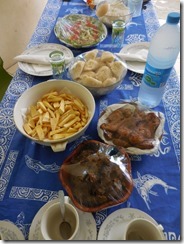 We indulged in a typical Marquesan lunch of Poisson Cru with rice, pan fried steak, probably the most delicious we’ve ever eaten, fried banana and breadfruit chips. After lunch a walk around the village was in order before the drive back home. Along the waterfront road, drying copra baked in the hot sun and colourful fishing boats and outrigger canoes sat idle in the shade of the trees. 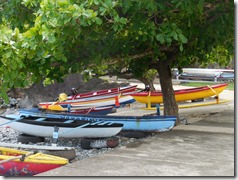 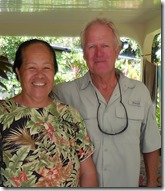 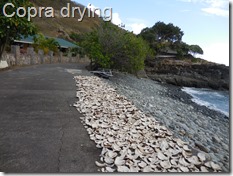 During our stay in the harbor the cruise ship Aranui visited for a few hours  followed a couple of days later by the cargo ship Taporo. We had front row seats to watch them birth at the dock and leave. The captains of these ships are defiantly up there with the best of them . This harbour is tiny and the weather is not always in their favour when docking but they make it look so easy. Just watching them unload the cargo is a whole afternoon’s entertainment in itself. 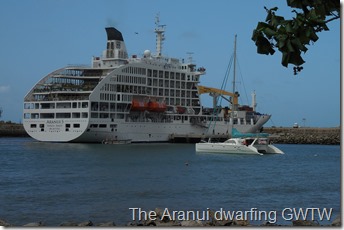 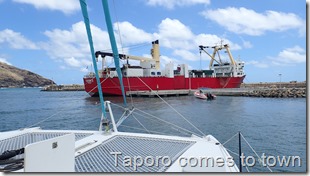 Outriggers of all sizes  glide past us several times a day as both school children and adults practice for the weekend events, and  come late afternoon horse and riders gallop along the foreshore parkland finishing off the workout with a roll in the sand and a cool off in the water. The horses that is, not the riders. 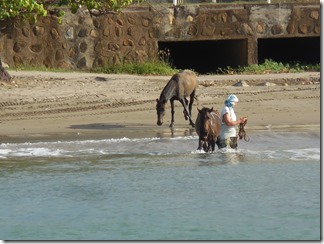 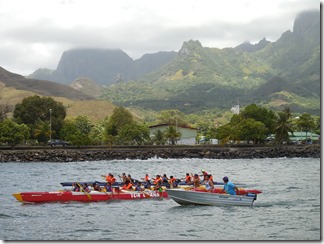 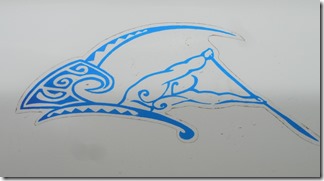 So far we are really enjoying this island and with a bit of luck we’ll be here for a little longer.