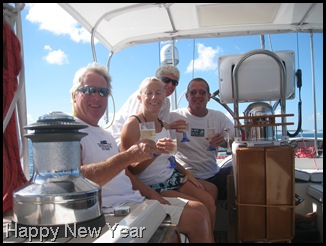 New Year’s morning, after a rather brief and bracing swim, we caught up with Bob and Lorraine on their boat Scaramouche for some yummy cinnamon rolls and glass of bubbly for a toast to our health and welcome in the New Year.Then it was onto shore for a  look around and bite to eat. As with most of the Bahamas the buildings are usually painted in very bright colours.and this little place was no exception The paint companies must do a very good trade from the Bahamian people. 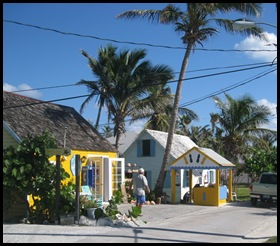 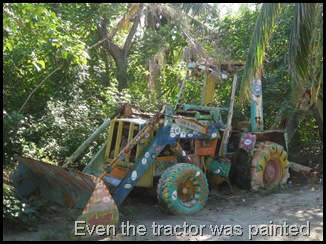 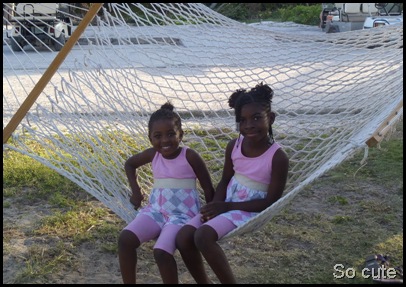 Great Guana Cay is one of the most popular islands in the Abacos and home of the legendary  bar/restaurant Nippers, where they do a fabulous roast pork lunch every Sunday, which happened to be today. As an added bonus it was also New Years Day and the place was really pumping. 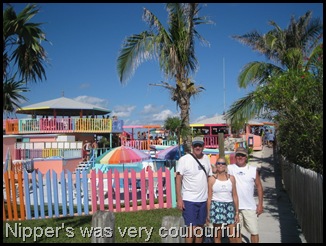 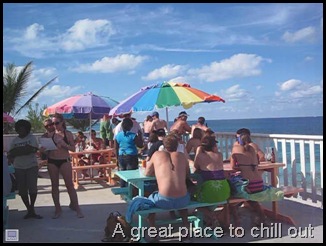 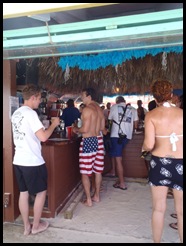 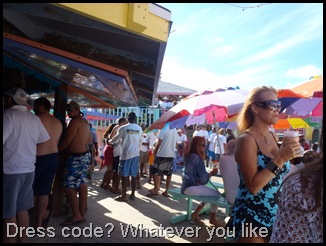 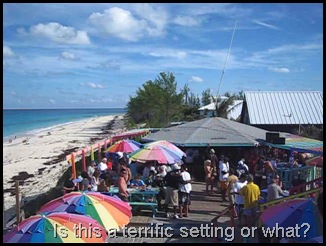 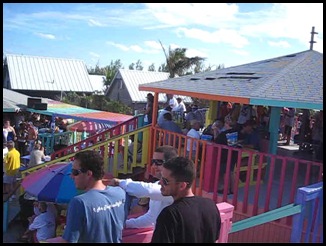 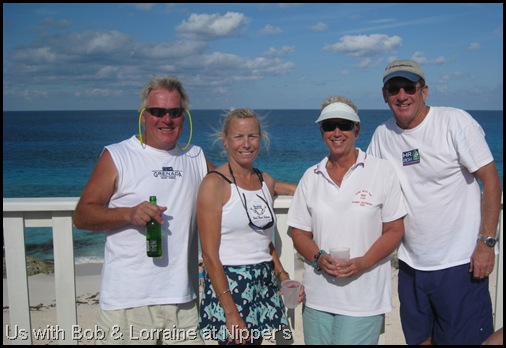 There were lots of long-legged bikini clad girls and bare-chested fellows, loud music with songs we actually liked, a swimming pool, terrific food and a postcard setting perched high on the cliffs overlooking the beach and the gentle rolling swells of the Atlantic ocean.
After our finger-licking-good roast pork lunch and a couple of fun hours at Nippers, we strolled back down the hill towards the boats, but before heading out we needed to spend some quality time and watch a football match at another lively bar, Grabbers beach bar and grill.

Grabbers was nestled between the tress  right on the beach near our dinghies, and as the patrons were often sailors or people interested in cruising, it was ever so easy to lose a few hours there chatting away, and we did, maybe too many hours really. Anyway, it was the first day of 2012 so we felt that our big day out was  justified, though the credit card certainly took a beating! 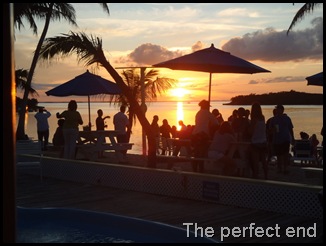 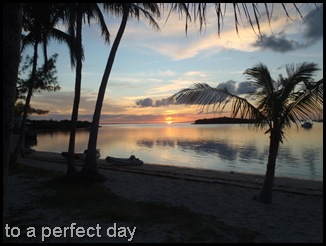 By now we were about half way down the chain of islands that makes up the Abacos,where does the time go?, and with a forecast of gale force winds our focus moved from sightseeing and socialising to finding shelter from the nasty winds that were due over the next few days and  the small harbour over at Treasure Cay looked like it would be a good spot. Once we were settled in it was time to stretch the legs and have a look at the place.Treasure Cay has a smallish community with a few shops, a  big marina  which also  incorporates apartments, pool, restaurants etc.There’s a golf course and an airport but it’s claim to fame is its beautiful powdery white sand beach, supposedly one of the top ten beaches in the world.  We went for a stroll along it and yep it was very pretty and the sand did feel like talcum powder between the toes.The one thing it was missing in our view was palm trees, now that, I think ,would have put it in up there in the stakes for gorgeous beach status. Maybe a hurricane had blown them all away, who knows, these islands have been hit by a few hurricanes in years gone by. 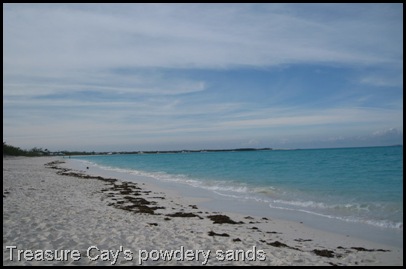