As we left Newport just before 8am the fog that had been hanging around each morning was just starting to lift. There was not a breath of wind so for the next 12 miles we had the iron sails pushing us along. Our plan was to head up towards the Cape Cod Canal  roughly 42 miles further north, find a good bay for the night and transit the canal the following day. The canal, which is about 10 miles long,  is a shortcut from Buzzards Bay at the north end of Long Island Sound through to the southern end of the New England area, and this means that you don’t have to go back out into the Atlantic Ocean and sail 80 miles out and around Cape Cod. About an hour out of Newport the breeze started to build and as an added bonus  it was from the right direction. We had a terrific sail for the rest of the day, arriving at the canal entrance at 3pm. Being earlier than we had planned we decided to push on through and try to make Provincetown before dark.Timing the tide to run with you is a big factor in any  canal transit and this one was no different. The tide rushes through here at about 6 knots and although, at the start of our transit we did have it against us, by the time we’d gone only a few miles the tide had turned to run north and we started to rocket along. 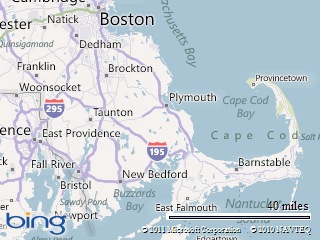 Gliding past the pine tree clad banks of the canal  we were suddenly enveloped in cool air. It was as if someone had opened the fridge door and left it open. At last we were leaving the oppressive  heat of the southern states and the change of temperature was most welcome. Nestled behind the trees along  the canal shores were huge RV parks where happy campers sat in their deck chairs and waved as we went past. A walkway on the waters edge saw cyclists , rollerbladers and dog walkers enjoying  what was left of this lovely summers afternoon. 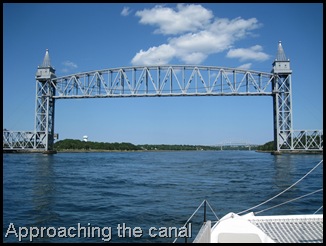 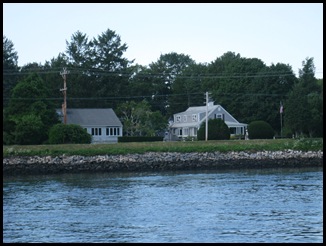 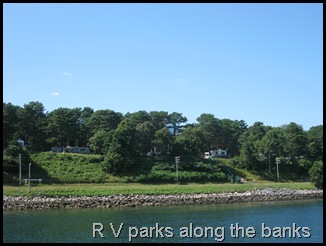 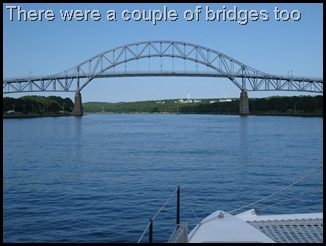 Reaching the end of the canal the Cape Cod shoreline disappeared into the distance on our right while the state of Massachusetts stretched off  to our left. We still had about 20 miles to run across the bay to Provincetown and with the light starting to fade we were glad that we made it in just as the sun was setting  at 8pm.The bay was very crowded with the prime spots close to town being taken up by a mooring field, but we found a place  over towards the sandy beach and  dropped the anchor in 57ft. Having gotten very used to the shallow water depths all along the east coast from Florida the depth here was a bit of a shock and took our minds back to our days in Turkey, where anchoring in  60ft plus was pretty much norm. After the long days’ sail we decided to have a relaxing evening on board and  leave going ashore ‘till the following day. 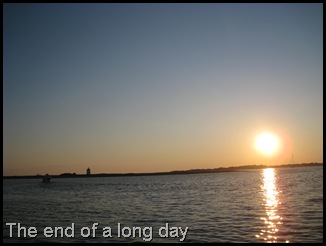 The morning light brought with it a bright sunny day, perfect for a look around town.  Provincetown or P-town as the locals call it, is a haven for the Gay community with many holidayers coming across on the fast ferry from Boston, only 40 miles to the  northwest. P-town is situated  inside the hook at the very northern end of Cape Cod and is part of the Cape Cod National Seashore that was established by President J F Kennedy back in the 60’s. It has beautiful sandy  beaches and endless walking and bike paths making it a great spot to come and chill out. But before we could venture ashore, there were the usual boat chores to attend to and heading today's list was to check both of our Yanmar engines which lay under each of our aft beds. And just as the title of the Harrison Ford movie “What Lies Beneath” suggests, you  also never know what  nasties may be lurking beneath our mattresses. Well, we soon discovered that a shore excursion was to be put back a few hours as one of our hot water tanks had broken free from it’s supportive housing and was dangling procarresly by it’s water hoses. This was a major, major that needed Liam’s urgent and undivided  attention. Lucky for us Liam, or Joseph the carpenter as I call him, loves a challenge, so off to his tool shed in the bow he went and after a few solid hours of toiling he had fashioned a  lovely set of wooden legs and supports that anyone in the timber trade would be proud of. I always new that the big piece of timber that we’d been carrying around the planet since leaving Sydney back in 2006 would come in handy one day! And seeing as how one tank had broke free there was no use waiting for the other one to do likewise, so it also got a housing makeover and a new set of legs, to be sure , to be sure. See, it’s not always fun and games out here. 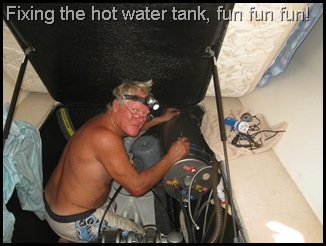 So our day ashore turned turned into an evening ashore instead. By the time we got in there P-town was in full swing, it  was alive and vibrant. The streets, cafes and bars were overflowing with revellers, some in varying degrees of attire. Buskers belted out tunes from the sidewalks and the whole place seemed to be in party mode. There were  lots of entertainment venues with posters advertising  live theatre shows and the promise of a good night. Free tickets were handed out to Annie, however the show  wasn’t due to start for a couple more hours and  given the tough day we’d, well Liam had just had, we figured a nice meal, a chilled glass of wine and some people watching would suit us down to the ground. 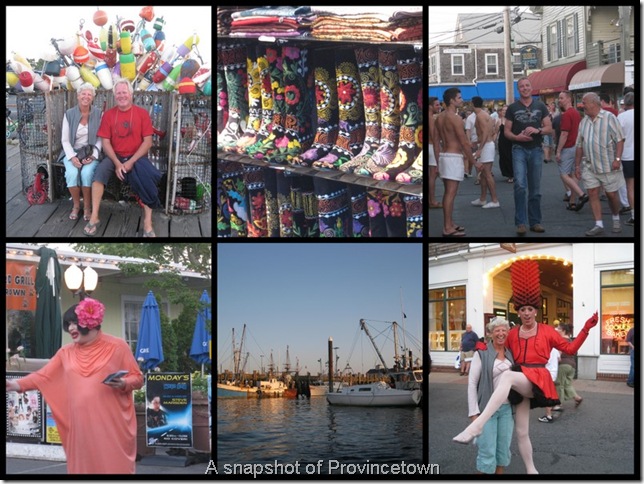 So after a great evening ashore, once again we retired back to our floating home ready to take on whatever tomorrow might bring. One thing we knew for sure was that we’d  be doing an overnight passage to the place that we’d looked forward to going to for a very long time … Maine.

CRUISING INFO: Formalities. Call CBP Holton Maine on 207 532 2131.You will need to call this number each time you change anchorages throughout the entire New England area, ie Massachusetts & Maine. Other: Sorry no other info for this stop, so just have fun in  P-town.