Firmly planted in Fakarava for a while. 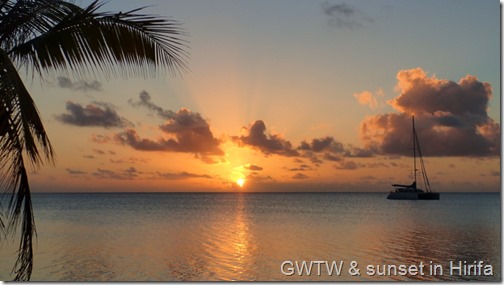 We've been in Fakarava for quite some time now, since April 10th to be exact, and we are definitely starting to wear a path from the north end to the south and back again. The tracks on our navigation programs are testament to that.

Leaving Pakakota we ventured a couple of miles further south to an anchorage named Tonae, a place we’d not stopped before. After threading our way in amongst the bommies we dropped the hook in a nice sandy patch. It was a delightful little spot with a long coral beach backed by palms, perfect for a walk ashore and a little shell collecting along the way.

The next day we headed back down to the south pass to catch up with Swiss friends on Kalea, so that Liam could buddy up with them for a few more scuba dives. Me, well, I preferred to just snorkel the pass. But no matter which water activity you choose it is always fabulous with an ever changing view of the remarkable underwater world. 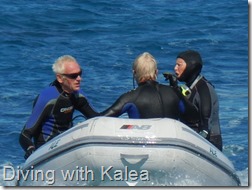 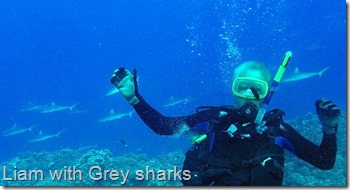 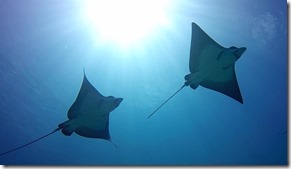 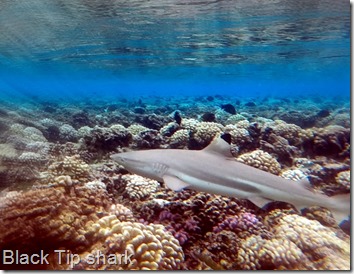 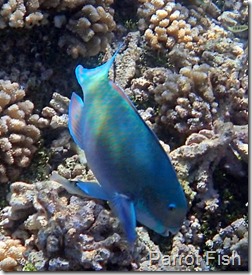 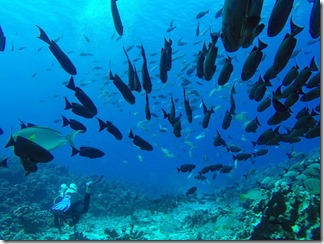 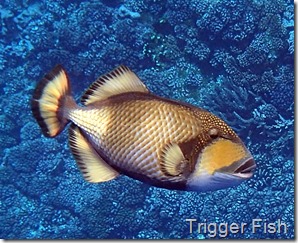 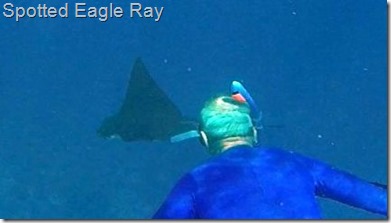 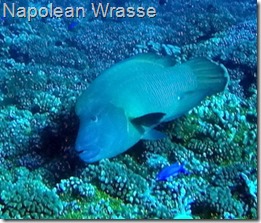 While we were at the south pass Liam signed up with the local dive operator for a night dive with the sharks. After the event he said that the dive was one of the most amazing things he has ever done. 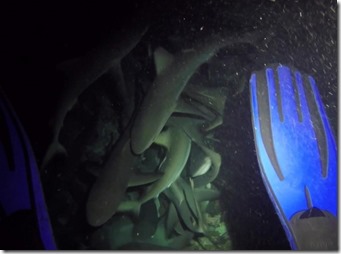 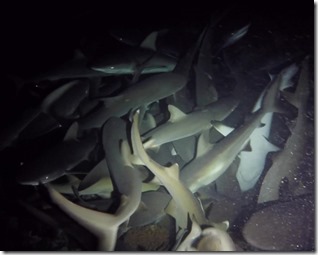 Talk about up close and personal, he was even patting them as they whooshed past. During the predive briefing the instructor told the dive party that “happy hour” for the sharks is between 8.30 pm and midnight, so you definitely  don’t want to be in the water at that time. Their dive started at 5.30 and ended just after 7pm. The shark behaviour at this time of day is totally different to what we’ve seen during the daylight hours when they are quite laconic. Come sunset they start to rev up for the upcoming banquet and dart around in a pre-feeding frenzy  mode as they prepare to hunt down their prey. The following week became a bit of a blur as we socialized with friends we’d not seen for months. There were sundowners and dinners ashore, more snorkeling and diving with Liam even spotting a 15ft Hammerhead shark on a dive while we were back up at the North Pass again. Sadly he missed seeing the huge Tiger shark that other divers saw on the same trip. 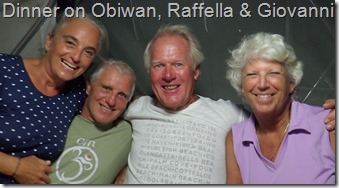 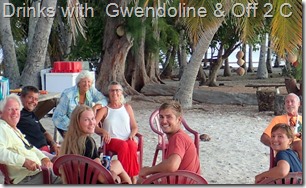 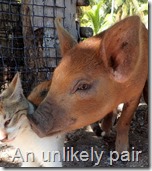 The waters here in Fakarava are prolific with life, both what you can actually see and some that is too small for the naked eye. Any type of scratch  has the potential to become infected and sadly that was the case for me.  After a few trips to the village clinic and a course of antibiotics the infection which started life as a tiny inflamed area on my bum morphed into a very ugly and painful sore.

Crunch time came when clinic nurse examined it again, made a few phone calls and then said I needed to be treated in  the hospital in Tahiti. Within 30 minutes she had me booked on that afternoon’s plane, had organized an ambulance to meet the flight in Tahiti and had ticked all the boxes to have me admitted for surgery. My head was spinning. Luckily Liam was also able to travel on the same flight. So after a few days in hospital, surgery and then the remainder of the week in a hotel, we are now  back on GWTW minus a small chunk of my derriere. 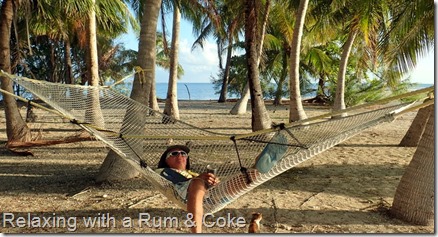 Nurse Liam is now very well acquainted with the procedure of sterile dressings as he has to attend to my butt daily for the next month. The bummer is that we are here in paradise and I can’t get in the water past my knees!!! There will be no photos on the blog of this event, it was a little too gruesome for general viewing I’m afraid. You’ll just have to be content with a myriad of other pics. 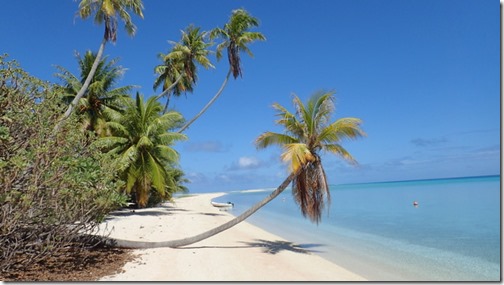