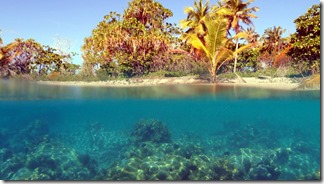 Having read and heard excellent reports about this quiet little atoll lying just 72 miles to the east of Apataki in the Tuamotus, we earmarked  it as our first cruising destination of 2018. A slow, steady and uneventful overnight passage, which was just what we needed to to get back in the saddle after a few months of being landlubbers, fitted the bill nicely. A couple of rain squalls  throughout the night kept us on our toes but other than that it was a piece of cake. 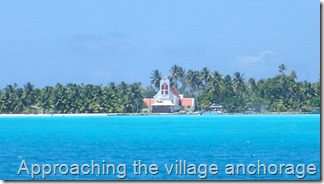 We arrived at the Kauehi pass and entered just after 10.30 am on May 28th. The pass sits on the western side of the atoll and from there it was an easy sail across the lagoon to the anchorage off the village of Tearavero eight miles to the east. On approach to the village the water colour changed from deep cobalt to amazing hues of pastel blues. Even after all the years we’ve spent cruising in tropical waters, the colours still blow us away. 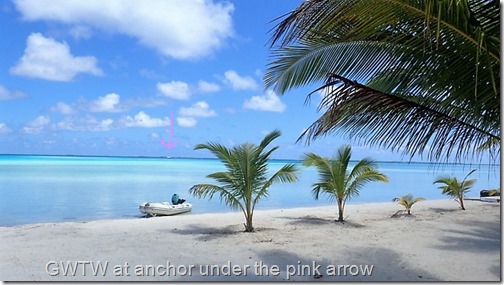 There are three anchorages off the village. One in front of the town dock, one in the middle and one a smidge further to the north. All three are an easy dinghy ride to the village. After nosing around at #1 we skirted the edge of a smallish reef to the middle anchorage. There were five or six or mooring balls here and we were unsure if they were for visiting yachts or for the exclusive use of the locals. Erring on the side of caution we decided to drop our anchor. The water wasn’t deep and we found a spot just under half mile from the shore behind the mooring field. By now it was early afternoon and it was time to put our heads down for a snooze. Shore side explorations would  just have to wait until tomorrow.

It was Easter week and being Holy Thursday we figured that what shops were to be found would probably be closed over the coming days, so we hot footed it in to the main drag to see if we could find the grocery store. As it turned out there were three in the village but I only took a photo of two. 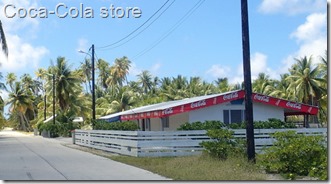 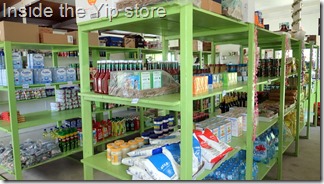 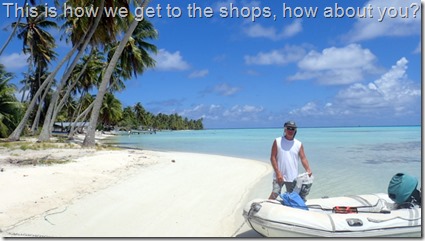 We sussed out the shelves of all of them and the winner with the most stock was Mr Yip’s, now known to us as the green store because of it’s outside colour The other two, the house store because it looked more like part of someone's house than a shop and the Coca-Cola store because of the bunting around the eaves each had their merits, but we chose to spend  most of our money at Yip’s.

The coca-cola store though did get massive brownie points for selling bags of fresh lettuce once the supply ship had come to town, and wonderful pastries after the plane from Tahiti had landed. 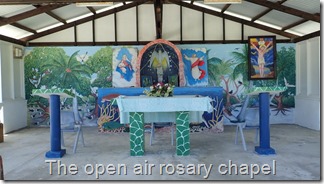 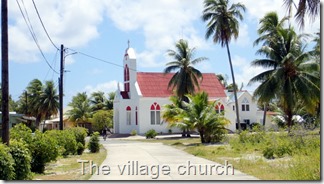 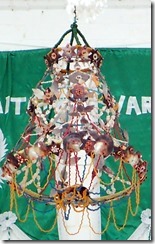 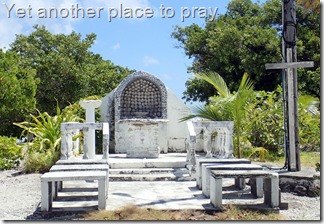 Good Friday and Easter Saturday were pretty low key. With no other boats in the anchorage to socialise with we took walks ashore to the ocean side of the atoll, snorkeled the small reefs close by GWTW and Liam spent much of his time improving his spear-gun techniques hunting grouper and parrot fish, with limited success. 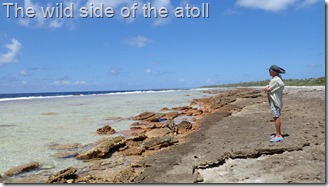 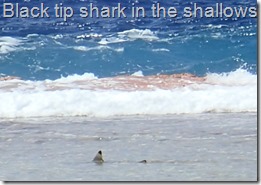 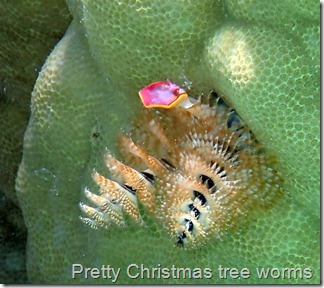 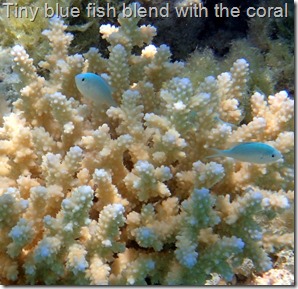 April Ist, Easter Sunday morning, we decided to go the 8am Mass as the church was right there at the end of the village dock. Now we are not devoted catholics by any means but if we happen to be in an anchorage and there is a church service of any denomination close by we will usually make the effort and attend. So far all of the services we’ve been to in French Polynesia are spoken in French, Tahitian or the island’s native dialect so we really don’t get much of an opportunity to join in. But the singing, no matter what language, is always fabulous.

The clanging of church bells began ringing out fifteen minutes before the service started just to remind those who might be running a tad late to get their act into gear. We arrived to a milling crowd outside the front porch doors while the choir inside were finishing off their last minute rehearsal.

Ladies in their Sunday best complete with hats adorned with flowers and men with tailored long pants and collared shirts shuffled into the pews. 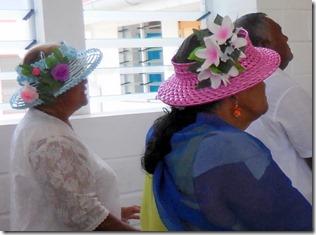 We took up our seats towards the rear, breathing in the delicious sent of fresh frangipani the flowers of which decorated the alter, the statues and many necks of the faithful.

The service was lovely with a nice touch being that all the bible readings and some of the prayers were delivered by children who were part of the choir. In fact most of the choir were children with only a handful of adults thrown in for harmonizing and instrument playing. 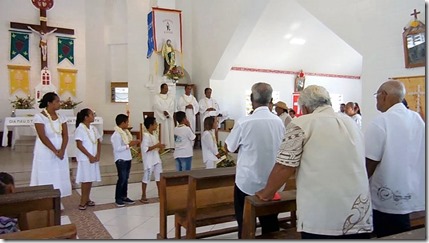 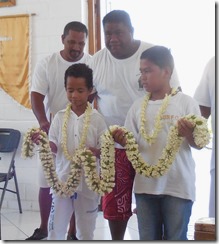 Mass finished an hour later and outside the church many folks, including the mayor came up to greet us, after all we did kind of stand out in the crowd. Minutes later everyone including us were on their way home.

If only we new what was in store for us back on GWTW. More about that in our next post.