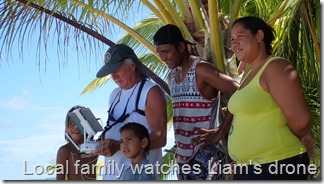 Once back onboard GWTW after Easter Sunday Mass (see previous post) it was time to change from our good clothes and get back into our usual garb of shorts and tee shirts. Yours truly went down into our cabin and immediately noticed a puddle of water on the floor. Strange, as all the hatches had been closed before we left the boat in case of rain. I reached down to taste it. It was salt water. 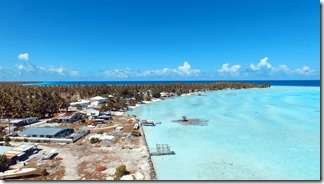 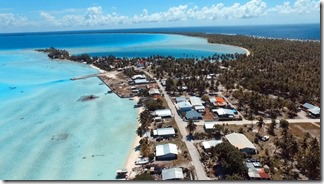 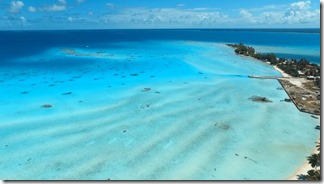 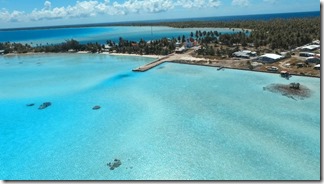 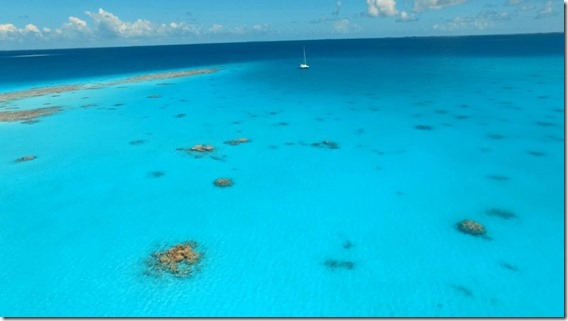 Distant sound of alarm bells started ringing in my head, but logic hadn’t quite kicked in and I figured that while I had been in the bathroom Liam had plodded downstairs without rinsing off his feet in fresh water first. So I dismissed the puddle,cleaned it up and got changed. 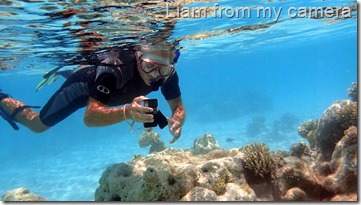 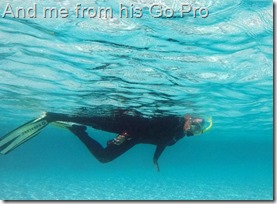 Our plan for the rest of the day was to move the boat to the south-east of the atoll and spent a few days enjoying gin clear water to snorkel in, sandy beaches and palm tree covered motus before heading over to the next atoll of Fakarava. So without further ado we raised the anchor, unfurled the jib and set sail drifting south at a leisurely pace. We arrived a few hours later, negotiated our way in through a few coral bommies and plopped the anchor down in a nice sandy patch. By now it was around 3pm and the sun had started it’s descent into the western sky. 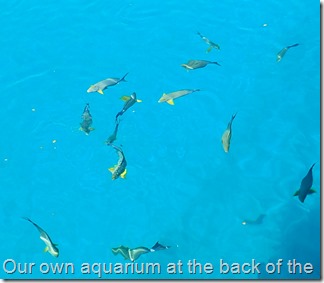 A quick snorkel was on the agenda for me and Liam wanted to spear a fish for dinner. When he went to get his spear gun he couldn’t find it and that got us thinking.  Had we seen it in the cockpit when we returned from church? The answer was no and confusion reigned as Liam starting searching the deck lockers for it in case he put it away. In the meanwhile I returned to our cabin to take off my necklace before we ventured into the water and as I reached for my jewelry pouch, which wasn't were it should have been, the penny dropped. The saltwater on the floor, a missing spear gun and now my jewelry pouch. We had been robbed! 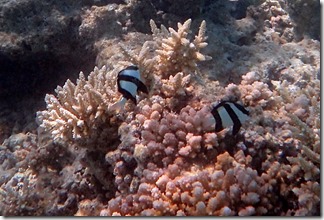 Further investigation revealed the bastards had taken it all. They had pulled all my clothes from the cupboard along side our bed, rooted around ‘till they found the rest of my precious things, stuffed the clothing back in and shut the door. We were both devastated, actually that word doesn’t even come close to how we felt. All my wedding rings were gone, necklaces, bracelets, earrings and even the everyday pieces that I had collected worldwide over the last 30 plus years…  all gone. The tears poured from me as if a dam had burst. The mood was not good on GWTW that evening. These guys certainly knew what they wanted. No cash was missing, no electronics taken just the easily transportable jewelry. The cheap stuff would have not liked being in salt water as  he or they swam back to shore but the good 18K gold would not have been affected at all. 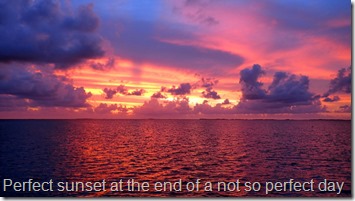 The following morning we sailed back to the village and reported the theft to both the mayor and the police, who in turn reported it to the Gendarmes in Tahiti.

Within a few hours a villager came forward and reported he’d seen a man with a spear gun. As no one in the village apparently owns a spear gun, it stood out like doggies when the thief emerged from the water. The police questioned the suspect and within minutes the gun was returned, although the man in question was adamant he knew nothing of the jewelry and that he “found” the gun laying on the sea floor in 15 metres of water.  Yeah right!

The thing was that where we says he found the gun was nowhere near our boat and the water in that area is just not that clear that he would have been able to see the bottom. Also the gun does not float so how did it get to where he supposedly found it without human intervention? 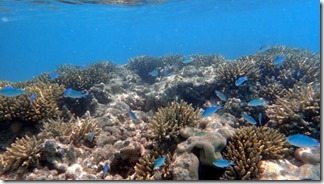 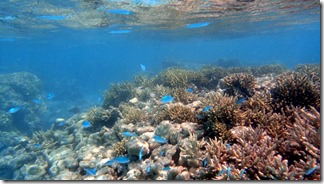 The mayor & the police informed us that there had never been a boat robbed while anchored at Kauehi. Well it was a first for us too. They asked us to stay another few days while they investigated further but towards the end of the week nothing more had come to fruition. My rings etc were more than likely in a pawn shop in Tahiti or had been melted down for the gold and diamonds by now. 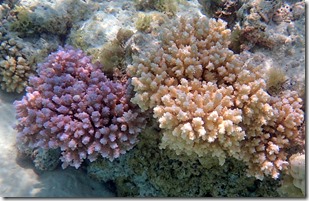 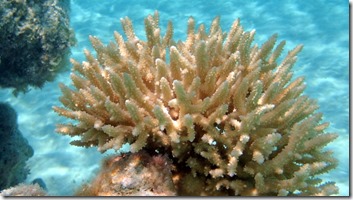 This experience has left a very stale taste in our mouths and has tainted our opinion of this beautiful island and it’s people. We felt there was no longer a reason to stay. So we left, brokenhearted.

We  spent a few more days down on the southeast side of the atoll and were joined by Bijou, a Swedish boat which was part of the world ARC rally whose participants rush around the planet in the space of 15 months. That’s something we could never do. 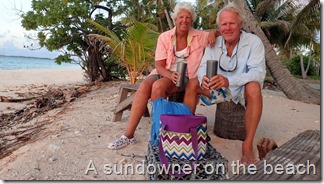 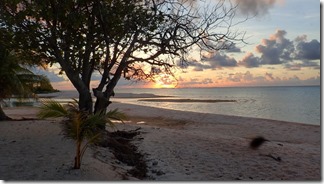 We did our best to forget about what had happened, but you know, it’s a really hard thing to do. Liam has promised that we will get new rings made but it will never be the same for me. 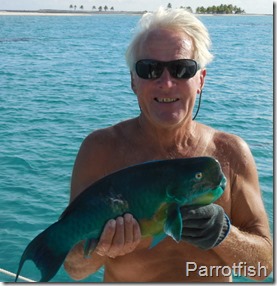 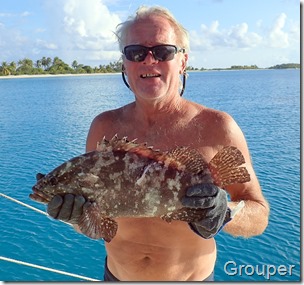 So we spent a few more days snorkeling and reading.  Liam speared a lovely grouper and a big parrot fish but then the sharks, six of them, got a little too close for comfort and he eventually gave up. 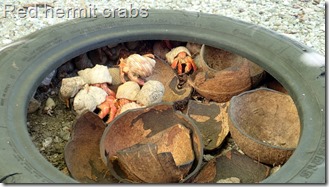 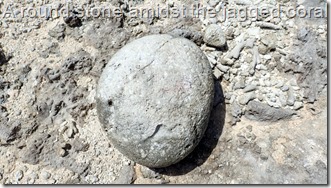 We strongly advise that those in our wake take heed of what happened to us.  I would advise NOT to anchor off the village if you are the only boat. There are brazen individuals in this cute little village who are game enough to swim out to your boat in broad daylight and relieve you of things that are dear to your heart.

Forewarned is Forearmed as they say.

Kauehi in the Tuamotus is a place we will never forget, Sadly for all the wrong reasons.