We were really looking forward to having seven days aboard our long-time cruising friends Mark and Amanda’s boat “Balvenie”. 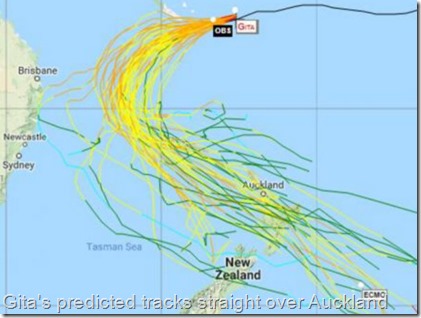 The plan was to see the sights on both land and water in the surrounds of Auckland, however ex-tropical cyclone Gita, which had just devastated parts of Tonga, well and truly squashed that idea.

Gita was barreling south east through the Tasman Sea towards New Zealand, with the high probability of slamming into Auckland. So two days before we were due to fly out of Sydney we made the eleventh hour decision not to go and re booked our flight to arrive some 5 days later than initially planned. Arriving into Auckland the weather was patchy, cloudy with some heavy rain and strong winds. Not at all contusive for our former cruising plans

Mark and Amanda picked us up from the airport just in time for the peak hour traffic clogging the road from the airport to the centre of town. It was a tight squeeze in their car with all our luggage, but with us all having superior packing skills we worked around that little hurdle.

Our first stop was at the Royal New Zealand Yacht Squadron. It was most definitely time for a sundowner by the time we got there and we enjoyed a chilled glass of bubbly on the deck overlooking the harbour and some tasty nibbles, compliments of the club.

We also sneaked a peak at the recently acquired  Old Mug, aka The America’s Cup Trophy.

And what a beauty the old lady is.

We last saw this trophy at the Royal Perth Yacht Club not long after our our boys  had wrestled  it from the clutches of the sailing world and brought it home to Australia. Dinner that night had been pre-arranged. We were meeting up with more boating friends, George and Merima, at the rather trendy HQ restaurant down on the Auckland waterfront. It was just like old times catching up even though we hadn’t seen them since 2010 in the Canary Islands.

The cool summer evening lingered on as did we, but eventually we parted ways and made our way back to the good ship Balvenie for a night cap and a good night’s sleep. It was actually the best night’s sleep since leaving GWTW. There’s just something about hearing the water lapping on the hull as you drift off to the land of nod. 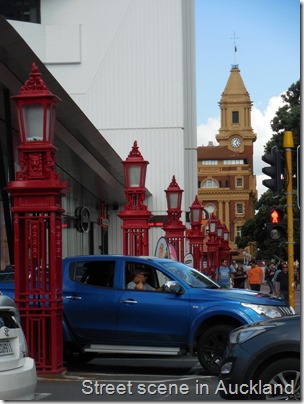 Next morning Amanda cooked up a feast for breakfast and then amid the rain we headed off for more sightseeing. We took in the area  where they have bought some land digs and stopped off for coffee in the trendy waterside village.

Then it was a little bit of shopping at a couple of chandleries followed by a stroll around the Viaduct and the Volvo Village where the around the world Volvo fleet  would be berthing in the coming days.

Our farewell dinner was not as flash or as expensive as the evening before but the venue at the Ponsonby Yacht club  overlooking the twilight racing fleet on the harbour fitted the bill nicely.

To cut to the chase, our stay with the “Balvenies” although short, was great fun. We spent many moments reminiscing our times together cruising the coast of Yemen, the Mediterranean and our adventures touring the inland of countries bordering the Red Sea. 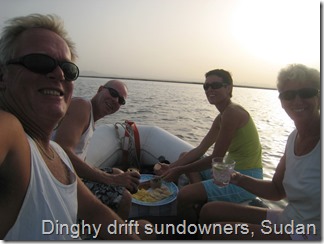 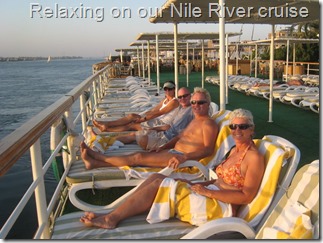 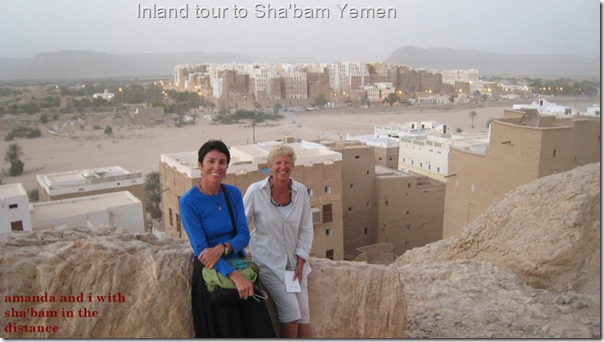 Oceans may keep us apart but our friendship will never fade. Thanks M&A we’ll see you again soon.