I totally omitted to mention in the last post that as we approached the Marquesas after 18 days at sea the sight of lush green hillsides and the smell in the air was nothing short of sensory overload. The beautiful aroma of jasmine and frangipani was so heady that it just took our breath away. 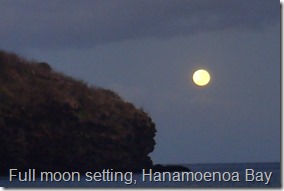 No sooner than we’d dug the anchor in and downed a glass or two of bubbly we had a visit from one of the other boats anchored in the bay. Including us there were now four boats two of which were the Norwegians Sansipapp and Kairos both of which have kids on board.  We’d been in contact with them all the way across from the Galapagos  and at last we’d got to do a face to face.

They had kindly rocked on over to invite us to a “movie night by dinghy” on the beach. As dog tired as we were we accepted the invite gladly. It would be nice to have some company other than ourselves for a change.

In our experience kid boats are always very well organised and these guys were no different. They’d printed out colour flyers to hand out to each boat with the movie title, start time and what to bring, meaning bug spray, a snack to share and whatever you heart desired to drink. It all sounded good and after a few hours siesta we hopped into the dinghy and headed ashore.

By the time we arrived the big movie screen was already set up. Twinkling candles led the way up the sand  to the “dress circle” seating area which of course was the designated area that the dinghies had to be dragged to. We opted for more comfortable  and stable seats rather than the tubes of our trusty stead and brought in our deck chairs to sit on. Hanging between a couple of palm trees, the movie screen was anchored down with ropes. Below it sat a  mall projector connected to a hard drive with a UE boom speaker  blue-toothed to it providing the sound.

The chosen movie was Ice Age 5 which of course is child and adult friendly and it was one from the series that we hadn’t seen. before.  It was  a fun night in a family environment watching the movie and catching up with  the other cruisers and their kids, to share the  highs and lows of our collective passage experiences .

Hanging out on such a perfect beach under the stars with the gentle sounds of waves lapping at the sands, we couldn’t think of a better way to spend our first night  at anchor in the South Pacific. 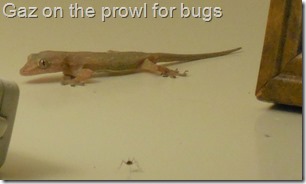 Over the next four days we spent more hours asleep than awake. We felt like we’d been hit by a truck and jet lagged to the max at the same time. Waking up at all hours of the day and night our internal clocks were totally screwed.

We also had the sad task of burying our dear little gecko Gaz, who passed away two days before we arrived. Eighteen days without an ample supply of bugs was just too much for the little guy. 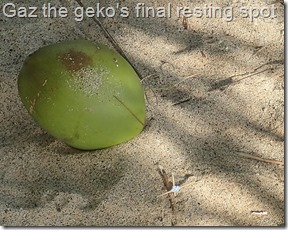 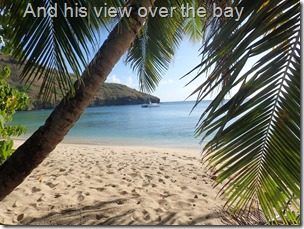 We found a suitable plot under a shady palm tree and laid him to rest, his small grave marked with a toothpick cross and a coconut.  He’ll  forever more enjoy endless sunsets and a beautiful outlook over the bay. Not a bad spot for a seafaring gecko to end up.

The following Tuesday we decided it was time to mooch 10 miles north to the island of Hiva Oa and complete our check-in formalities with the local Gendarmerie. We also needed to visit the doctor as Liam’s eye, which took a hit from a rope on day six during our passage, was not improving at all.

The reports we’d read and heard from other cruisers re the harbour and it’s prevailing swell were not overly complimentary. The harbor is small and shallow at it’s head so most of the monohulls deploy stern anchors to keep their bow aligned into the swell which makes for a more comfortable life. But for the rest of us who are not set up with a stern anchor configuration the down side is that there’s not much swing room available behind the protective breakwall until someone vacates their spot.

So after anchoring just outside the harbour we contacted our arrival agent Sandra from Hiva Oa Yacht services. She told us that the lunch break on the island was from 1130am to 1430pm so we would not be able to check-in until after that time. Having explained about Liam’s eye she  then said that we should go directly to the doctor and, in true french form, worry about the formalities tomorrow. So that’s exactly what we did.

Our visit to the only doctor on the island,was surprisingly quick given we had no appointment ,and very affordable at just 3,600 CPF or $36 USD. He prescribed different antibiotic drops from what we’d been using as well as some cream and explained that if things did not improve within 5 days to come back as there may be the possibility of having to see a specialist in Tahiti. So off we trotted, drugs in hand hoping that this would put an end to the woes of Liam’s accident. Time will tell.

So for now we’ll hang here in Hiva Oa for a bit and catch up on reconnecting to the outside world.