On the big blue highway at last!

After leaving Brunswick our first anchorage was just a 30 mile doddle south down to Cumberland Island. Pushing us along was a pretty fresh breeze from the south west with nasty short choppy seas. We decided that for our first day out it would be unwise to tackle an overnighter until we got our sea legs back again.

As we pulled into the anchorage just on dusk and were rewarded with a spectacular sunset. Ahhh the cruising life once again.

Up early the next day we headed further south to St Augustine. Dia Gratia who we’d left Brunswick with decided to take the ICW for this leg but were caught short just before Jacksonville when maintance on one of the bridges crossing the waterway prevented them from going any further. Despondent they had to backtrack all the way back to Cumberland Island and make the trip to St Augustine the following day on the outside. 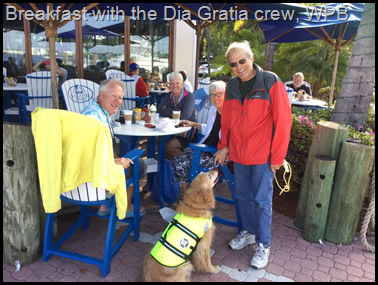 That night when they arrived they were pretty tired so we cooked an early dinner for them and sent them home for a well earned sleep. After a day or so at St Augustine we headed out for the overnight leg down past Cape Canaveral and on to the warmer weather of West Palm Beach in Florida. It was great to shed all the bulky clothes and jeans which had been the wardrobe of choice  and necessity for the last few months. It was shorts and tee shirt weather down here!

West Palm is a great place to stop. Good restaurants, great city entertainment  and handy supermarkets are the draw cards here for us. During our stay here it was Super bowl weekend and the town was really pumping. 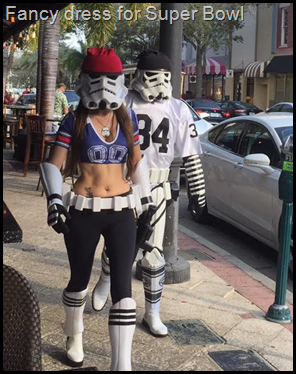 Streets were transformed into walkways and  a big screen TV and outdoor dinning and bars were set up to watch the game. Friends Tina, Doug and their pooch Chloe drove down from Vero for a fun afternoon of lunch and people watching then later that evening we watched the  big game with local friends Bob and Lorraine from Scaramouche. It was a nail biter at the end with the New England Patriots defeating Atlanta after an amazing catch that threw the fans into a frenzy. 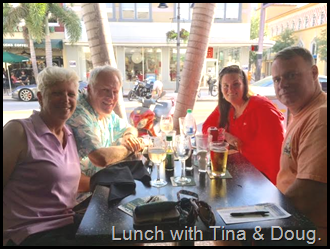 Over the past two weekends President Trump has been in town. He hangs out at the very posh residence of Mar de Largo over on Palm Beach and along with his entourage creates quite a mess of the local traffic scene while he’s here. Yesterday afternoon we watched from our cockpit as Air Force One flew overhead whisking him back to Washington DC. It was quite a sight to see the big 747 fly past us, and naturally we waved . Not sure if he waved back though.

Well time has marched on as it always does and today we are leaving. Tonight will be an overnight sail to Bimini in the Bahamas. Unless something goes pear shaped GWTW will never dip her keels again in US waters. We will though  sometime in the future and for sure and for certain we will miss this  mighty country and her friendly people.

God bless all who live here.