Time to get cracking, but everything always takes longer than you think!

There’s a saying in cruiser speak that goes like this “plans are written in the sand and then the waves come and wash them all away”. Believe us when we say that is sooo true. It’s actually pretty much become a way of life for us these days.

So we got back from Oz and figured on a week or two to get the boat up to speed, provision her to the max and then bid goodbye to Brunswick and the USA for the final time. The plan was to be sunning ourselves and dipping our toes in either the warm waters of the Bahamas or maybe the British Virgin Islands by Christmas. I tell you the man upstairs must have had a good laugh at that one. I mean really, what were we thinking. 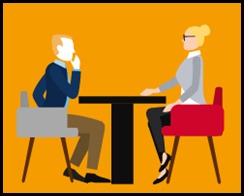 Enter the game changer. After a joint meeting of the heads of staff on board GWTW there was a significant back peddle re the venue for having our mast removed and the standing rigging replaced. Not that there was anything wrong with our rig it’s just that it is sweet sixteen and has done a lot of miles since our launch back in 2004.

Originally that task was earmarked for down in Panama where we’d haulout and give the bottom a new lick of paint before transiting the canal and setting sail into the South Pacific. 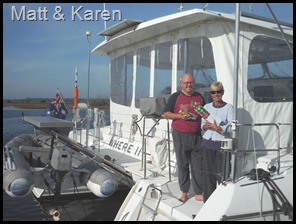 Aussies, Matt and Karen from the Lagoon cat “Where 11” on the dock next to us, mentioned that they were having a rigger come over to quote for taking out his mast etc. It sounded like a good idea so we piggy backed on that one. Julian from Sparman USA showed up a couple of days later checked both rigs and offered us both a deal that we couldn’t refuse. He had an opening for the two cats down at St Mary’s Boatyard the week of November 15th with an approximate date for the masts to be reinstalled not more than two weeks later. That sounded like a plan.

We drove down to checkout the yard and chatted to the yard owner Rocky about the possibility of hauling GWTW out at the same time which would save us doing it in Panama. He said it was possible though we’d have to shed a few pounds for the crane to be able to lift us. So thanks to friends Chris and Erin from the beautiful trawler “Barefeet” who were back in Boston at the time, we set about moving our sails and a few other bits and pieces over to their boat for some short term storage.

The 16th rocked around and we sidled up to the not so pretty dock at St Mary's where Rocky and his crane along with Julian were waiting for us. The day before the mast was coming out we baulked at going the whole nine yards with the haulout . This was much to Rocky’s relief we think. We decided there was just too much at stake lifting our porky house with a crane rather than than the usual travelift or on a submersible trailer. 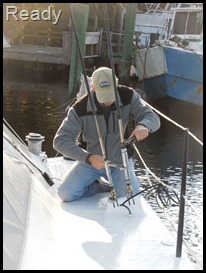 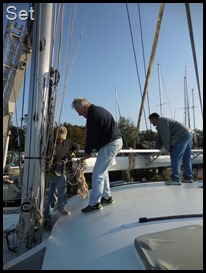 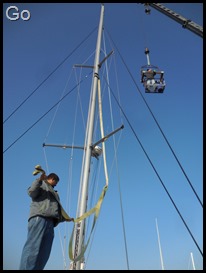 The de-rigging went as smooth as silk and within an hour or so the mast, forestay, shrouds and boom were sitting comfortably on terra firma. We were now officially a power cat. 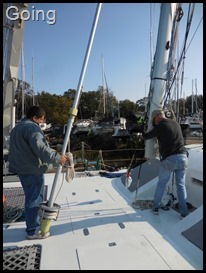 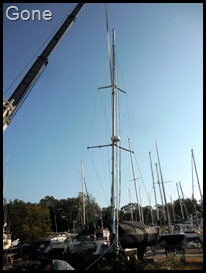 Not having a mast does have it’s advantages. Birds can’t sit on your mast and poop on your decks from great heights..yeah,! and t’s way easier for you know who to wash the boat. Also instead of having to go back out into the ocean we could motor back to Brunswick via the Intercostal waterway. That’s a  privilege reserved for those with masts of 65 feet or less due to the height constraints of many US bridges.

Let the buying frenzy begin. The next couple of mastless weeks were filled with muchos biggos ordering of spare parts from our friends at Amazon and many many visits to equally as friendly Wal- Mart and the like for those last minute “must have before we depart these shores” items.

Our credit cards took a severe beating as the planned two week period for re-stepping the mast came and went. A majorly important part for the rig was just not available in the US and had to be sourced from the UK and that apparently would take some time. Remember what I said earlier about plans? 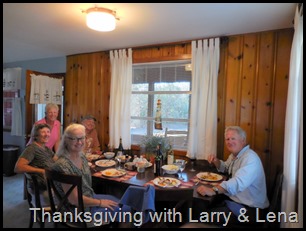 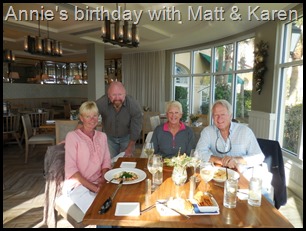 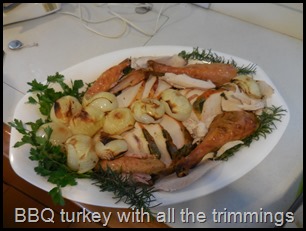 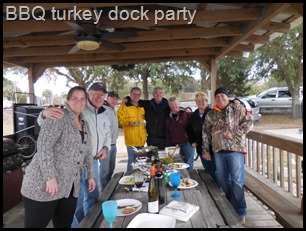 Christmas decorations and trees crept into the stores and front yards became adorned with nativity scenes and blinking light displays. Dozens of boats tossed off their dock lines and headed south like the Canada geese and still we sat mastless in our slip .The birds that usually roosted on the mast and pooped on our decks were definitely not impressed at the delay and neither were we. 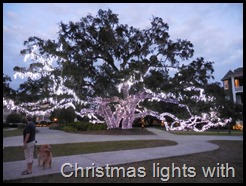 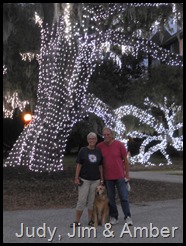 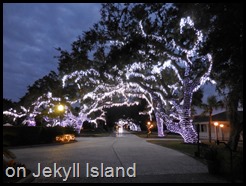 Then finally on December 18th we got the call. The all important part was due to arrive by the 20th and the mast could be put back in the following morning. So we got hoping and shimmied on down to the boatyard 50 miles south.

Putting the rig back in went without a hitch and taking the place of our good luck charms placed under the mast during GWTW’s launch (Rhett’s dog tags and some of his fur ) are now a few US and Aussie silver coins. Along with a quick prayer and a nod to the gods we hope that these coins too will keep us safe on the oceans travels. 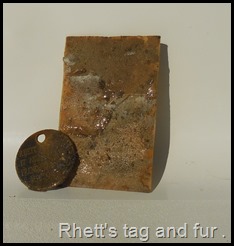 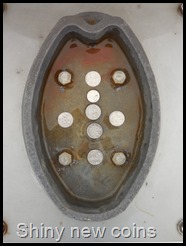 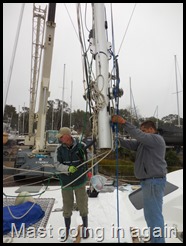 Once all the important things like backstays and forestays nipped up we were ready to go and once again on our way as a sailboat back up to Brunswick.

With Christmas now just days away we gave up on our plans to be some place warmer than Georgia.

The waves had once again won out over the sand.