Bumm’n around in the Beautiful Berrys 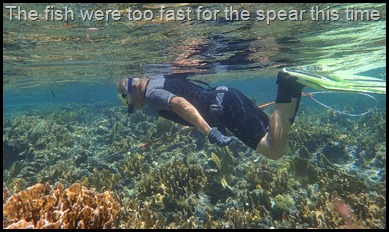 With our recently purchased Merc 15 outboard now part of the GWTW  stable of horses, there was nothing to stop us venturing further afield from the mother ship in search of the catch of the day. And search we did, most days coming home with nada. We felt as if we were in a seafood drought and that didn’t go down too well with my half-man, half-fish husband. Good thing our freezers were still bulging after spending way too long in Florida while boosting it’s economy at the same time! 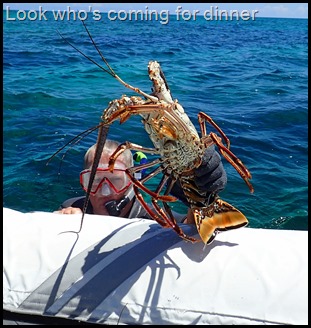 With unbridled enthusiasm after a few quick tips from new friends Larry and Lena on M/V Hobo, Liam discovered the art of spear fishing. If it moved at a leisurely pace, it was game on as he once again renewed his skills as a proficient hunter and gatherer of all things with fins or shells.The drought had been broken.

He caught a few nice grouper along with cobia and french grunts and the odd lion fish, and of course some very tasty summer crabs aka lobsters! 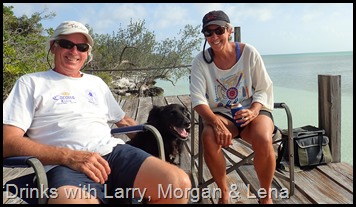 We hung out with the “Hobos” on and off for a couple of weeks and it was a real hoot. Like-minded people with like-minded interests and a love of dogs. Morgan, their cross boarder collie/retriever loved coming over to visit on GWTW, and it didn’t take long before he was first out of the dinghy and up our transom steps. He was also the meet-and-greet crew member when we stopped in over at team Hobos. We shared many hours in the water, snorkeling and hunting on the reefs as well as beach walks and sundowners. 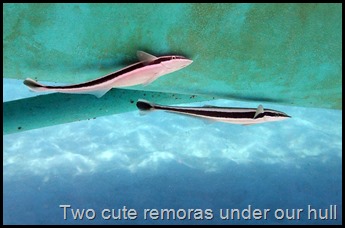 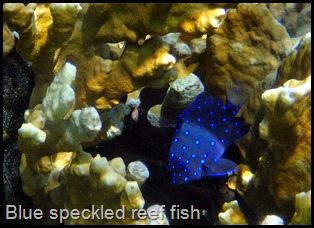 A trip to the south end of Hoffman’s Cay and a short hike from the beach brought us out at the Blue Hole. Surrounded by mangroves and a high sided grotto on the western side the hole is an inland salt water lake, which is said to have been discovered by Jacques Cousteau and is reported to be 600 feet deep.  Well we definately couldn’t touch the bottom, let alone see it. We did have a lovely refreshing dip in the cool waters but decided not to hang in there for too long  as you just never know who is watching you from the depths below. 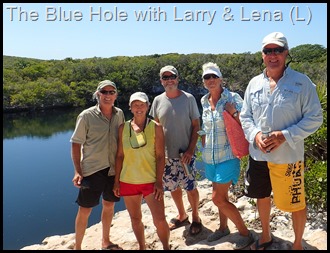 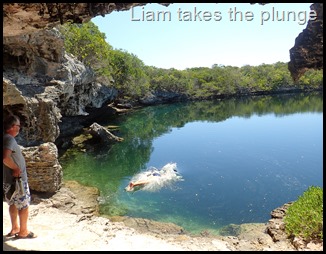 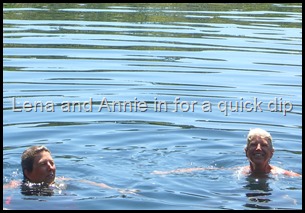 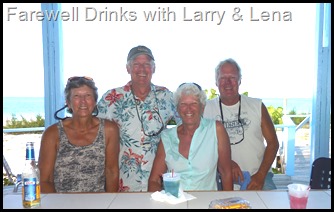 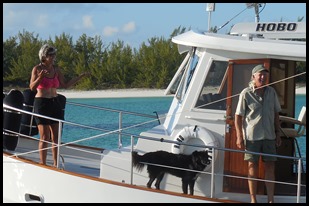 It was sad to say goodbye when that day came and they motored north and we turned our bows south. Fingers crossed we will catch up again next season.

As we meandered  further south in the Berrys we also bumped into Aussie and Kiwi friends from the cats Wyuna and No Rehearsal. More fun times were spent both in and out of the water. One afternoon we all took to the dinghies to carry out a major assault on a nearby resort beach bar at the south end of Bond’s Cay. 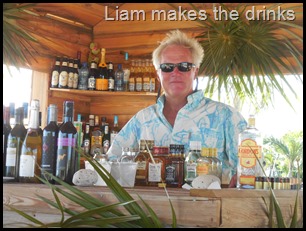 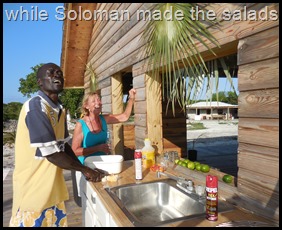 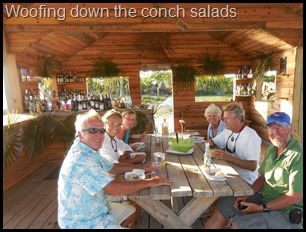 Heavily laden sunset drinks concocted by Liam and complimentary conch salads made for a perfect end to a lazy summer Sunday.

A couple of days days later we headed over to Flo’s Conch bar on Little Harbor Cay which we’d read about in our cruising guide. Flo passed on a few years back and the place is now run by her son.

Lunch was very filling with a set menu that included conch fritters, cracked conch and  rather small snapper fillets with rice, black peas and coleslaw. The beers were cold and the rum punches hit the spot as we caught up on the good old days.The food was good but way overpriced at $35 a head. We are slow learners and should have asked the cost before jumping in at the deep end. A classic case of buyers remorse! Would we rush back…arrr no. 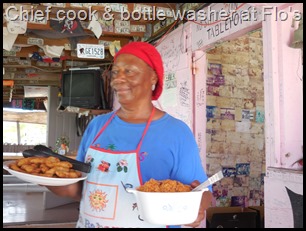 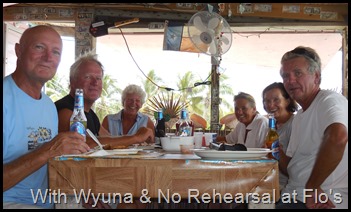 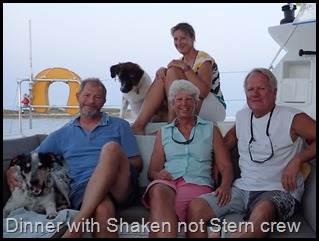 Cruising, as you’ve probably guessed, can be quite social at times and these last few weeks had been one of those times. Invited for a lovely meal on board the  cat “Shaken not Stern”,  with whom we shared the anchorage at Soldiers Cay, David and Jane along with the antics of their pooches Oscar and Emmy made for yet another great night out. 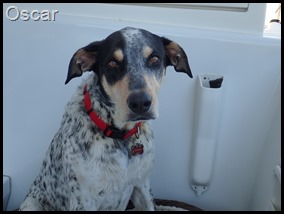 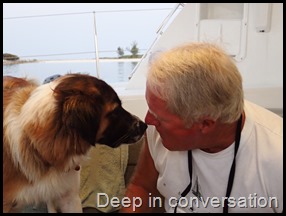 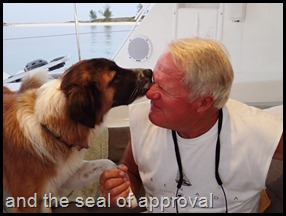 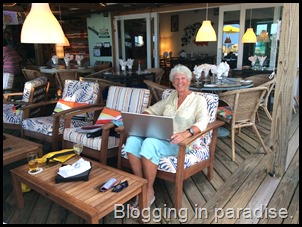 But time waits for no one and with a good weather window we finally hoisted the main, rolled out the jib and headed down to Nassau and on to the Exumas. The Berry Islands had been a lot of fun with  it’s clear waters, lively reefs, good hunting and lovely peaceful anchorages.

The Berry Islands are a road less travelled by most cruisers… but we will most definitely be back.