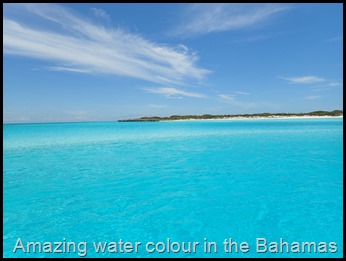 The power of suggestion is a mighty thing. One of our best friends recently became surplus to requirements at her place of employment. With time on her hands we suggested she hop a plane and come join us for a week or so. She said something like “beam me up and I’m there”. Anyway, that plan, plan A didn’t get up. However, a few  weeks and many emails later,  plan A  morphed into plan B  and the whole family of four were booked on the big silver bird from the land down under to the tropical paradise of the Bahamas. ETA 1356 June 22nd. 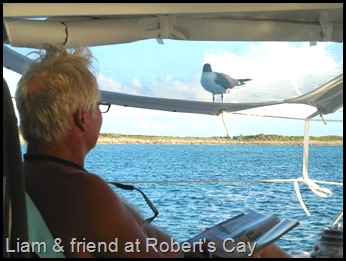 Their holiday was the driving force for us heading south this time and as we wanted to plan a loose itinerary for their 12 days aboard, it also gave us the opportunity to stop in at a few new places we’d bypassed on previous jaunts through the Exumas. After a brief stop in Nassau Harbour to top up our pantry, and I must say we really don’t like that place, we chuffed off down to aptly named West Bay, a snug anchorage at the western extremity of New Providence Island. This little bay is heaven compared to the noisy, current driven, poor holding and junk strewn sea bed of Nassau. Can you tell we don’t like it there?

On a sadder note one of the two little remoras who’d followed us like faithful pets from anchorage to anchorage during our time in the Berry Islands, and whose photos appeared in the previous posting, wasn’t with us when we arrived in Nassau. Where once there were two now there was one. The remaining one hung around a few more days after we moved down to West Bay and then one morning he or she was gone too. Their departures hit us hard and we both felt a bit empty. It was nice to have a pet around even if they were fish. 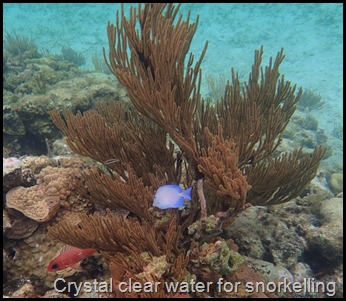 The shallow 30 mile stretch of water lying between New Providence Island and the northern tip of the Exuma Islands and Cays is known as the Yellow Bank. The name has always puzzled me as it is more green than brown, that aside we had an excellent sail across the banks with full main and screecher arriving at Robert’s Cay, which is little visited by cruisers. A small reef at the southern end of the cay, as well as watching the cruise ship tourists who’d paid big bucks to bounce their way from Nassau on jet boats for their half day Bahamian experience, kept us occupied for a day. 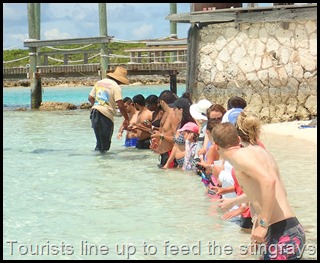 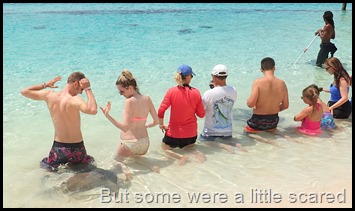 Over the next weeks we cay hopped our way down the Exuma chain. Stopping at Long Cay, Hawksbill Cay and through the Exuma Land and Sea Park which extends from Shroud Cay in the north to Cambridge Cay in the south. All creatures great and small within the park boundaries are protected and they definitely know it and have no fear. And man are those Lobsters BIG! 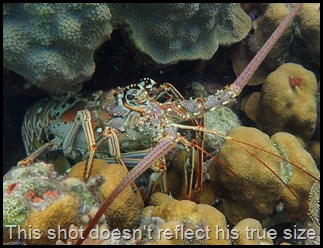 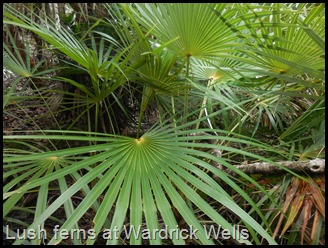 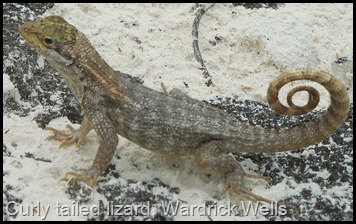 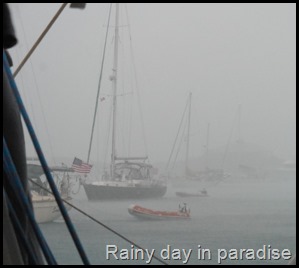 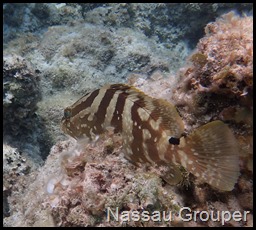 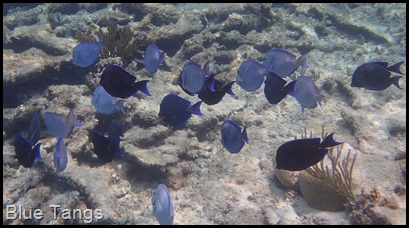 Next stop was Staniel Cay where we spent a couple of days socialising with friends that we’d met up at Wardrick Wells. A Beach party and BBQ was organised by Rick and Lorie from M/V Forever Young. Eight boats were invited and it was a fun afternoon as we all made new friends. 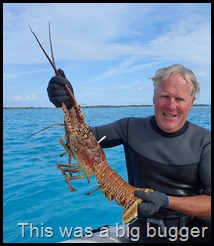 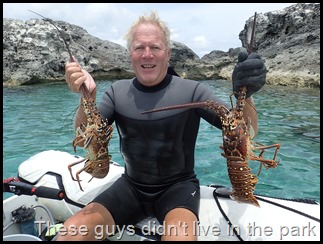 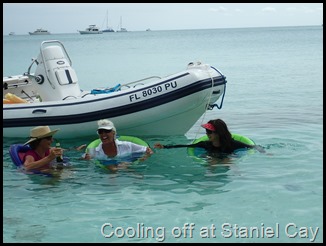 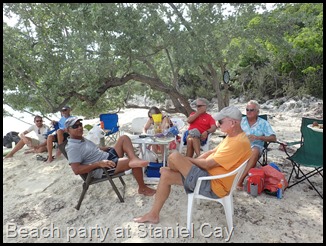 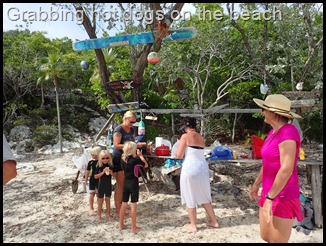 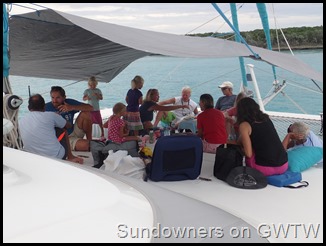 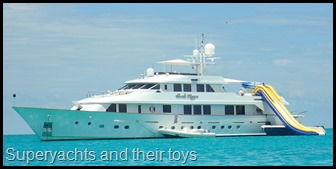 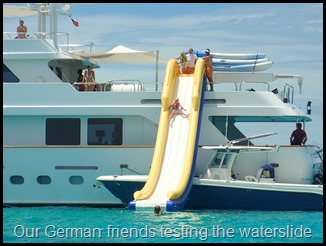 From Staniel we pretty much hightailed it down to Georgetown. As our friends would be arriving in a few days, we wanted to get GWTW looking shipshape both inside and out, plus we had to relocate a lot of our personal stuff as we were giving up our cabin to our friends, and would be not-so-glamping it on an air mattress out in the cockpit.  We also wanted to stock up a bit more, organise a taxi for the trip to the airport and have a bit of chill time as well. For sure it would be all go once they arrived and we were looking forward to showing them the best of the Bahamas in a pretty limited time frame. 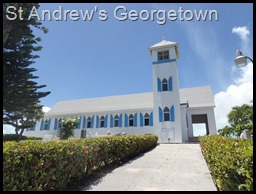 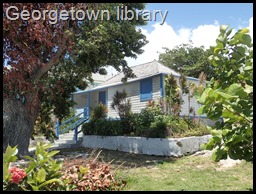 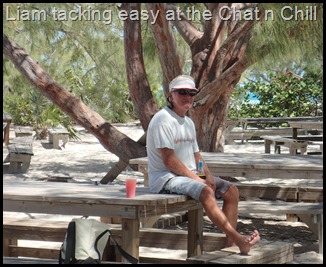 In the midst of all this Liam developed a tooth abscess from a old root canal job years ago. He was in agony and looked like he had a tennis ball inside his cheek. As Georgetown has no resident dentist he  had no choice but to tough it out until the dentist flew in from Nassau on the day before our friends arrived.  Mind you, two days prior at 2am he was up and seriously looking at booking a flight to Nassau to take the mountain to Mohammed. But he waited and the visiting dentist did the trick, though no need to go into the somewhat gory details.The mood of the skipper dramatically improved after his  gum’s interaction with the scalpel and  believe me ….the crew rejoiced. The procedure was perfectly timed for the impending arrival of our friends from Australia. It just doesn’t bare thinking about if the dentist had been a no show!!