New Year’s day dawned a little damp and overcast in Antigua. Slowly the light drizzle gave way to the sun and we were greeted by a spectacular sight courtesy of mother nature. A beautiful rainbow took centre stage in the sky and not only was it beautiful, but so was it’s twin.Yep, a double rainbow. You sure don’t see that very often. What a great way to start the new year. 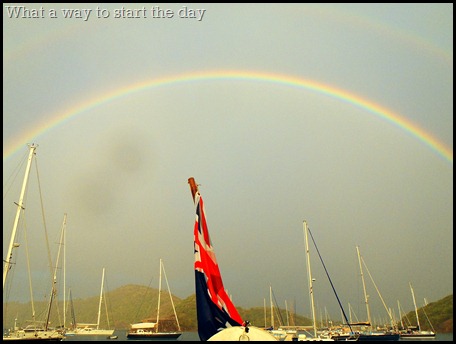 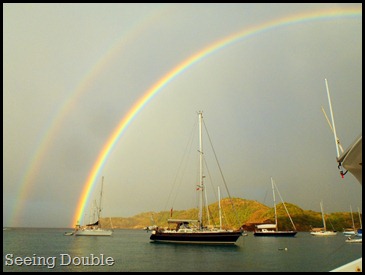 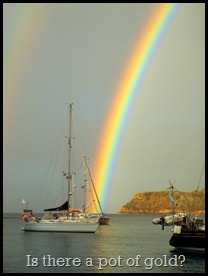 The morning was spent enjoying a leisurely breakfast at the Inn over at Nelsons Dockyard with friends from Sundancer 2. Meanwhile the girls, Helen and Bridget, did a bit of exploring around the historic naval site and visited the museum, catching up on the history of Lord Horatio Nelson. 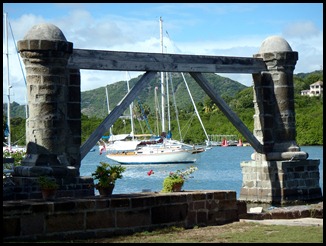 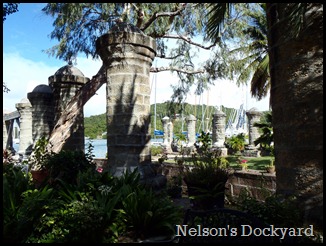 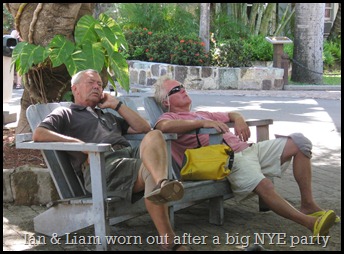 Being New Years day most places were closed so we opted not to go into the main town of St John’s and instead did some snorkeling. Sadly the coral was not very colourful and the fish life was only average, still it’s always nice to jump in and have a look around. 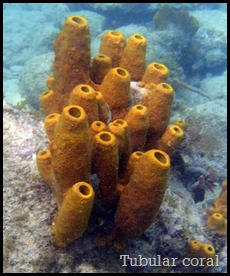 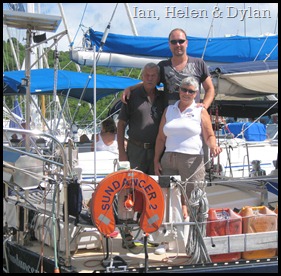 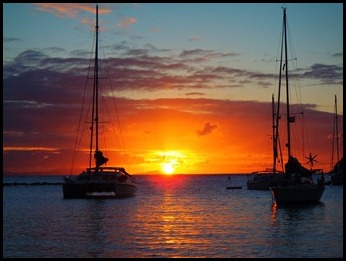 As we’d be heading off early next morning we once again said goodbye to Sundancer 2 and hoped that we’ll see them again next season when we head down towards Panama. So that was our first day of 2013, and the end of the day was as spectacular as the start with “you know who” giving us another awesome display of her magic.

Even with a good sailing angle and ENE wind of 20 kts it was a 90 mile run to St Maarten, which meant that we would be arriving in the dark. As dusk fell we were abeam of St Barth’s and as we had never stopped here, a mutual decision was made that this would be our spot for the night. 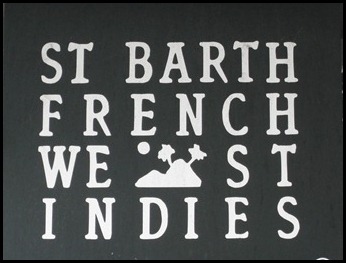 This island is another playground of the rich and famous and as we approached the place was lit up like a small city. It wasn’t until we were close to the anchorage outside the main town of Gustavia that  we realised that all the lights were coming from anchored superyachts, the likes of which we had never seen enmasse before. There had to be at least 40 of them all trying their best to out-do their neighbours with numerous deck lights and  underwater lights. It was quite the spectacle. 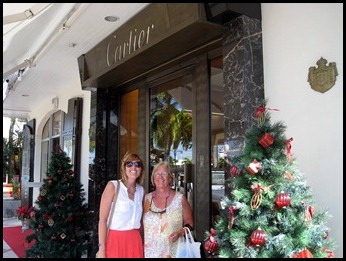 The town itself in the light of day wasn’t anything special, though it did have all the gucci shops including one that had a 24,000Euro fox jacket in the window! We wandered around for about an hour, had a very expensive coffee, dropped into a great supermarket and stocked up on a few yummy French specialties and that was the extent of our visit to St Barth’s.  Many of the super yachts had left the anchorage by the time we got back to GWTW but there were still enough to get some happy snaps.

Next stop for us would be the French / Dutch Island of St Maarten.