From our last anchorage in Salt Whistle Bay we thought we might head east over to the Island of Mystic. This small private island has many upmarket villas and is reputedly the summer home of choice for the likes of Mick Jagger and others of the jet setting showbiz league. Sadly the wind gods had other ideas for us, so our next stop was Bequia instead. Arriving mid afternoon we settled in just off the white sands of Princess Margaret beach and before long the four of us were in the dinghy and heading into town. Many cruisers like Bequia, it’s a cute little place, and  they tend to hang in the anchorage for weeks at a time.This was GWTW’s third appearance here and we still couldn’t quite get the attraction of the place. Horses for courses I guess. 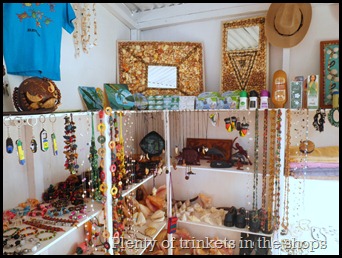 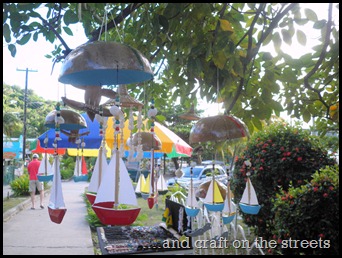 One thing that we do like about the place is the very good fresh veggie market just along from the town dock, and this time finding Doris’s supermarket in one of the back streets was a real bonus. Helen and Bridget strolled the town for a few hours snapping up a few more nick naks to add to their selection of souvenirs, and a chance meeting under a shady tree saw us catching up with Phil and Monica from “Miss Molly”, who we’d seen in both Trinidad and Grenada a few weeks earlier. 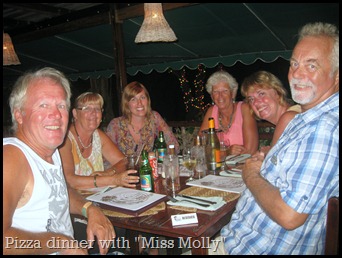 Later that evening after sundowners on “Miss Molly” we all hit the local pizza restaurant for dinner, the girls then went back to town for the Christmas Pageant which according to them was a bit of a dud.There were  lots of pretty lights but not much else happening. After one night in Bequia the girls were ready to move on and so were we.

Next morning the wind had come in from the ENE at 15 –20 kts and the seas between Bequia and St Vincent , the next island north had swells of 5-8 ft which made for a choppy crossing. Once in the lee of St Vincent things calmed down and we scooted along with a full main and jib. It was great to be sailing in fast in flat water. St Vincent is a mountainous, lush  Island with the foliage stretching from the high peaks all the way down to the sea. Not many yachts stop here.The island has a high risk reputation earned over many years of theft, and some armed robbery incidents. We did see a couple of boats anchored in two bays, but we were still not comfortable in taking the chance.

Leaving the calm waters of St Vincent behind, we continued north towards St Lucia across the 20 mile passage that separates the two Islands. At 1145am we had 17 miles to run when disaster struck. The wind and seas had picked up quite a lot and suddenly there was an almighty bang as white water hit the port hull  and proceeded to tear part of our port side trampoline away. Bugger!! 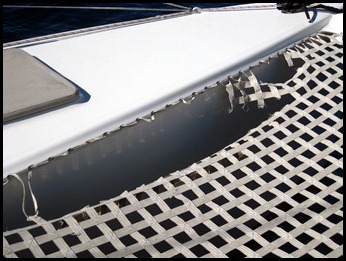 Then not 15 minutes later, another almighty bang. Shit! This time it was port jib sheet separating from the jib clew. The jib was left flogging wildly at the front of the boat and we quickly had the engines on and turned downwind to furl the sail. Not one of our neatest furling attempts, it looked like a dog’s breakfast by the time we were done. Still shell shocked from the morning’s events we hastily put a reef in the main, good decision, got the boat back on course, excellent decision, and  then got our heart rates back to normal, even better decision, thank God.

With our house now in order, or should that read tatters, we took stock of what had actually happened. After few minutes we realized that not only had the sheet failed but the jib turning block on the coachouse roof had also torn off, taking the mounting pad and part of the fiberglass with it. Bugger, bugger bugger!! 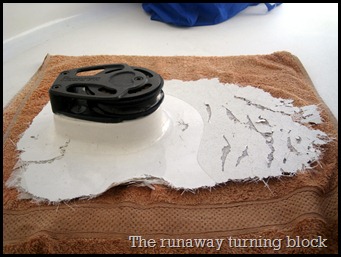 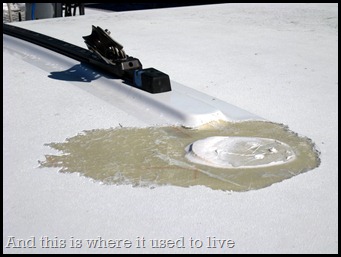 It was not a good day out there on the water. Now for those of you non sailors reading this, none of what happened that day was life threatening. It was just major adrenaline pumping and a big expensive mess to fix. But hey, this is cruising after all.

By late afternoon we were safely tied to a mooring ball between the beautiful soaring peaks of the Pitons at the south end of St Lucia, and it goes without saying, with a very strong G&T in hand. The clear deep waters around the base of the Pitons were hard to resist and it wasn’t long before we were all diving in hoping that the stress of the day’s earlier events would just float away. 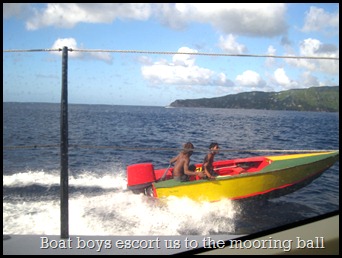 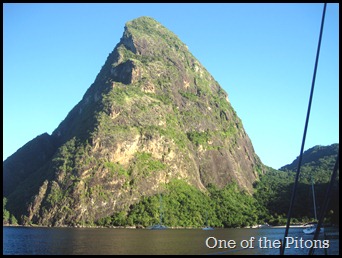 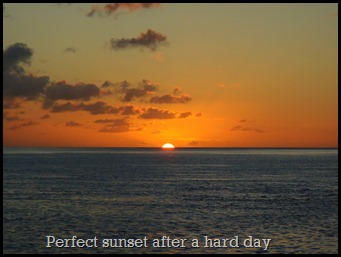 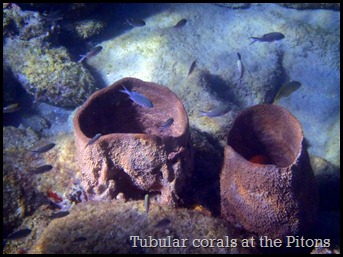 St Lucia proved to be  great stop for us.  We moved up to Rodney Bay at the northern end of the island, a place where there is always something going on. It’s kind of the centre of the universe when it comes to St Lucia and is also the finish line for the ARC Rally (the Atlantic Rally for Cruisers). Most of the 200 boats that took part were already in port but there was still a party atmosphere with those in the marina and the anchorage proudly flying their rally flags. As we well know it’s a pretty significant milestone to be able to say that you have sailed across the Atlantic Ocean. As we sat chilling-out dockside late that arvo, we were amazed when Ian from the Aussie yacht Sundancer 2 strolled by. The last time we had seen he and his wife Helen was in Positano on the Amalfi coast of Italy back in 2010, and now here they were in Rodney Bay. What a small world this is. 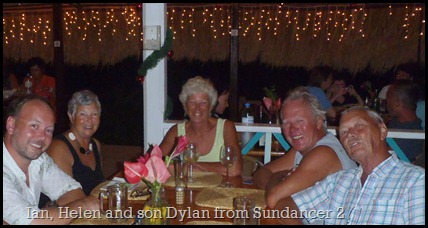 St Lucia is yet another lush Island with rainforests, high peaks and winding roads. We decided to hire a car from Cost u Less rentals and see as much as we could, mind you that only took a day. As with a lot of tourist destinations some places are touted up to be more interesting than they actually are as we quickly found out. Without going into a lot of detail we had a good look around Fort Rodney then drove the coast road through Castries, the capital, Marigot Bay, a popular bay on for cruisers and charterers and then on to the seaside town of  La Soufriere for a lunch stop in the shadow of the Pitons. After a quick walk around town, it looked a bit dodgy so we headed back to the car and were off to the bottom of the island and up the other side arriving back in Rodney Bay just on dusk. 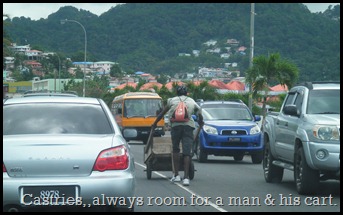 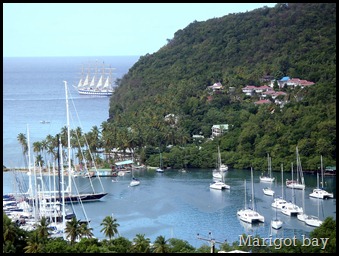 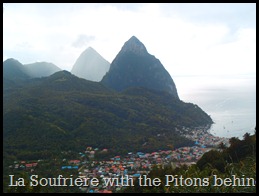 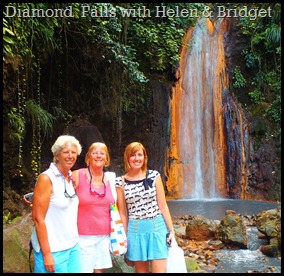 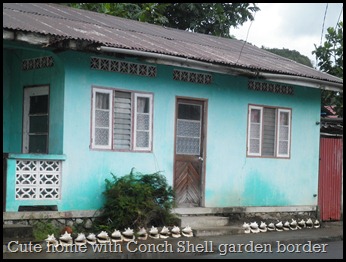 That same night was the local Jump Up, or street party, at the neighbouring village of Gros Islet. Most of the streets were blocked off and both  locals and tourists came out to enjoy the party. Food stalls, make-shift  bars, loud music and dancing made for a fun time. 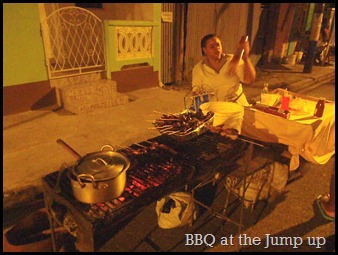 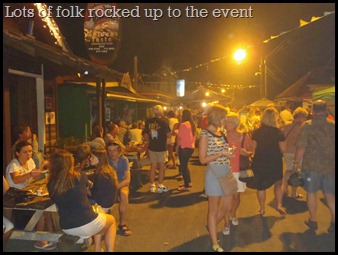 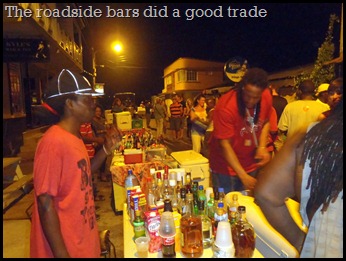 The forecast for the days leading up to Christmas was for strong winds.  As we had seen as much as we could in St Lucia we decided that the French Island of Martinique would be a good place to hunker down and spend a few days. Next morning we said goodbye to our friends on Sundancer, who were going to continue south, and we pointed our bows north for a Christmas in Martinique.