The best laid plans of Mice and Men.

Our time in Trinidad was quickly, almost too quickly,coming to an end. So much to do and so little time. Most of the cruisers, unless they were staying put on their boats for the hurricane season, had already taken to the skies and left. Over the past weeks we’d said hello and goodbye to many of our neighbours who we’d shared a brief stint of land life with in the apartments at Power Boats Marina. We’d also made good friends with the cleaning ladies who serviced our room on a daily basis. Jessie, Barbara, Linda and Liz were a hoot and always made us laugh.They loved to have a chat as they changed the sheets and towels and one one morning they even showed me how to make to make a pineapple chow, which is the Trini version of salsa, but with a whole lot more punch!. 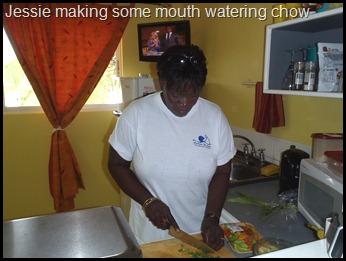 With just 6 days until we boarded the big silver bird and were Sydney bound we were both getting rather edgy. It was a nerve racking business when we were told that the work on GWTW wouldn’t be finished  before we left. The jigsaw just wasn’t coming together as planned and suddenly we were juggling lots of balls. Shaun, our canvas maker, had come to an impasse. He’d reached the stage where he wanted to fit our new boom cover and make a few final adjustments, but he couldn’t as the mast, boom and mainsail were still under plastic wraps due to the decks still being painted.The sail maker over at Socca Sails had finished putting the new sun strips on the jib and screecher, but with the boat and all the lockers still taped shut we couldn’t get access on board to store them. On went our thinking caps on and find them an alternative home. The date for the installation of the external A/C unit ,which we’d need to combat the heat, humidity and growth of mould on board, needed to be changed and ditto for our move date from the hardstand  to the secure yard where the boat would stay until our return in November. In a fleeting moment of madness, we considered changing our flights home and stay in Trini till the work was finished but we soon squashed that idea as it would have opened a whole new can of worms.Talk about nightmares! 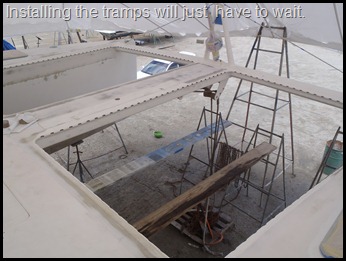 We knew what we had to do next… take a deep breath, and over the coming days we took many. Believe it or not, we both have quite orderly minds when we are faced with a challenge and realistically this one was no bigger than others which we’d faced over past years. It’s just that when there’s a log-jam in the inbox and the top half of the hourglass is running low on salt, the task ahead takes on a distinctly insurmountable look.

As our last week began to evaporate, we asked the guys working on  the boat if they could give us access to the inside for a couple of days. We needed to tie up some loose ends like shutting down the fridges and freezer, storing electronic gear and turning off soon to be unnecessary electrical systems, as well as moving some our creature comforts from the apartment we’d been staying in, back on board.

Slowly but surely nearly everything on the to-do list got ticked off including packing our bags for the long journey home. Anything that still needed to be done, boat wise that is, we were sure could be sorted out via e-mail or phone.

The day before we left was pretty hectic. A few hours were spent visiting various offices….Customs, Immigration and Peakes Marina, ensuring all of our paperwork for leaving was in order as well as GWTW 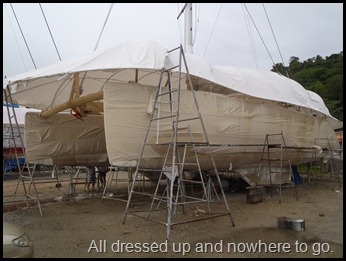 ’s so that she was legal to stay in Trinidad during our absence. Phil,our good mate from the Aussie yacht Tehani Li, offered to oversee the remaining work on the boat so letters of authority, amongst other things for him to take over our role, had to be lodged with the marina office.

Finally the morning of our departure dawned. It was very sad leaving GWTW. We felt as though we were abandoning her in her hour of need. After one last visit  to check on her we gave her a pat on the hull and headed off to the airport. It was time to down tools and  go and have a holiday. 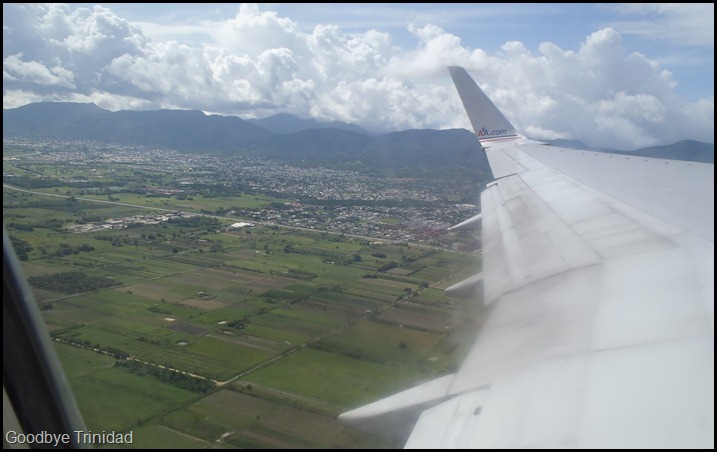