Heading to Trinidad, one more time 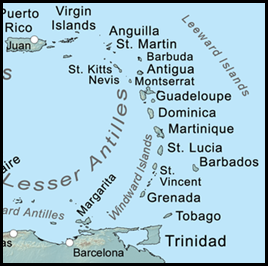 Remember that feeling when you wake up in the morning, drifting in and out of snoozeville, with a hazy recolection that today you can just roll over and go back to sleep ‘cause you don’t have to go anywhere? Well that feeling is called bliss. And that is how, after sailing 500 miles in eight days, our day off in Grenada had started.The plan was to have a leisurely day. Maybe go into town, do a little shopping, have a bite to eat somewhere and later come back to GWTW and chill out for a few hours. Then, come dusk, we’d head south and under the cover of darkness sail the remaining 80 miles to Trinidad. Yes, that was the plan and it sounded pretty good. But as we sailor's know, plans are written in the sand and then a big wave comes and washes them all away.

Still in that deliciously hazy state of mind waiting for the kettle to boil, Annie gazed out the galley window and noticed a little white sail disappearing over the horizon, and then a second heading in the same direction. Thinking nothing of it as this was a designated day off the galley maid, bearing steaming cups of tea and muffins, dutifully delivered the morning bounty to the still resting captain. In passing she mentioned the two white sails she’d seen and then, as an after thought, that there looked to be a good breeze out there. Immediately she realised her error but it was all too late. As his expression changed she knew that the synapses in the captain’s brain were connecting. The chain reaction had begun. 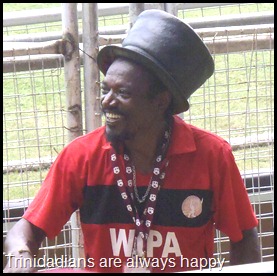 Abandoning his tea and muffins the aforementioned captain leapt from his cozy surrounds and was up the stairs and into the cockpit like a rat up a drain pipe. The dream of having a day off vaporized and as the real world came crashing back, GWTW’s two Yanmar 75 engines rumbled into life. Leaving the anchorage was now imminent and within seconds those dreaded words floated down from above “turn on the windless and let’s get the *!%* outta here before the wind dies”. Trinidad bound we were.

The majority of boats heading from Grenada to Trinidad do so at night. The rumour mill says that is   a way of avoiding potential threats from Venezuelan drug smugglers who use the oil rigs, located mid way between the two islands, as a base. 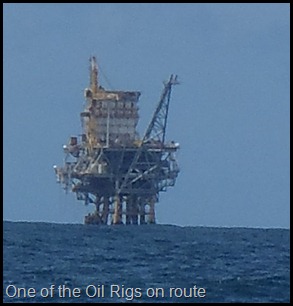 Night passages were the way that we’d previously sailed this route but this time, as we’d have the loose company of two other yachts, we decided to give it a go during daylight. There was also another driving force on Liam’s part. The opening day of Australia v’s the West Indies cricket test was due to start in Trinidad tomorrow and he really wanted to  be sitting in the stands supporting our boys. From what looked and felt to be a promising breeze as we departed Grenada’s shores slowly dwindled down to a useless 5 knots a couple of hours later. Forever the optimists we left our mainsail up hoping that the wind gods were also fans of cricket and would rev the breeze back up to something a bit more substantial, but the reality was that we  pretty much motored nearly the whole way. Giving the oil rigs the usual wide berth we had a very uneventful trip down, just the way we like it. A couple of blimps appeared on the radar screen every now and then and we did spot a couple of other yachts but the rest of the time it was just us and a passing pod of dolphins on a flat sea. 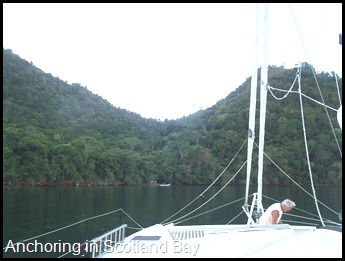 Making landfall late afternoon we anchored in Scotland Bay, a peaceful little spot on the north west tip of Trinidad. This would be the last time that we’d hear our anchor and chain rattle it’s way down to the seabed for the next seven months. It was a sad thought.  Next morning we headed into the bay of Chagauramas, cleared in with customs and immigration, tied up at Crews Inn Marina and hopped a bus to Queens Park Oval for the opening day of the test. For the next couple of hours Liam would be in heaven!

Blind Freddy could have found the oval that day.  From blocks away we could hear the escalating noise from the thousands of cheering fans. 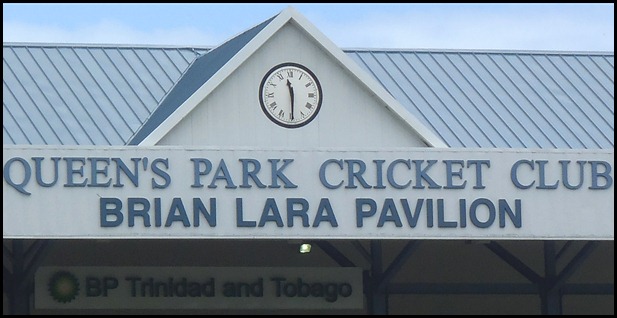 Crowds flocked towards the many entrances and tickets for the more popular stands were already sold out by the time we got there. We did still manage to get good seats and were surrounded by hundreds of very enthusiastic and extremely vocal Trinidadians The whole place was awash with red, white and black, the colours of the national flag. It was a real carnival atmosphere to say the least as steel pan bands drummed out their tunes and Mexican waves rippled around the stands. 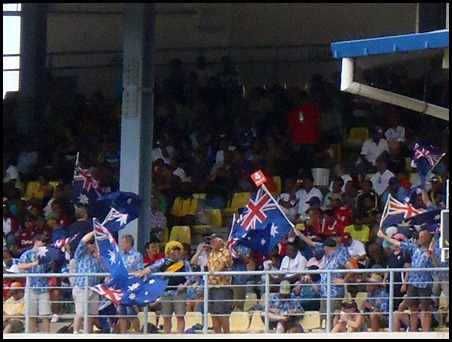 And we were amazed at how many Australian cricket junkies were there. It was a dead give away as to where they were all seated with lots of Aussie and Boxing Kangaroo flags draped over railings.This was Annie’s first introduction to live cricket and while the atmosphere was fantastic and the crowd very entertaining, the performance of our lads wielding the willow was pretty dull to say the least. Scoring was painfully slow with a rate of only 2 runs an over, and as much as we had looked forward to the event, after around four hours we were done and dusted. Still, it was a lot of fun and the noise and colour generated by the vocal locals made for a really neat experience. We planned to go back in one more time during the week but sadly rain washed out a number of the days and the match ended in a draw. Next time we will hope for a one-day game! 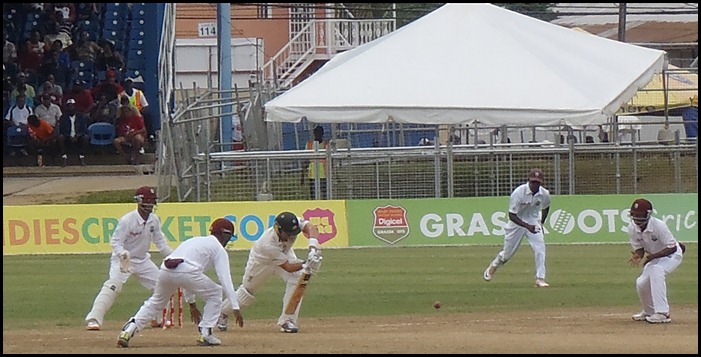 Our haul out date was set for April 18th so our next four days in the marina were spent getting us and our trusty steed ready for the move from life afloat to life on the land. It had been almost two years since we’d spent more than a couple nights sleeping anywhere but on board Gone with the Wind and it was a very weird feeling packing up our goods and chattels and stripping the hardware off our decks. 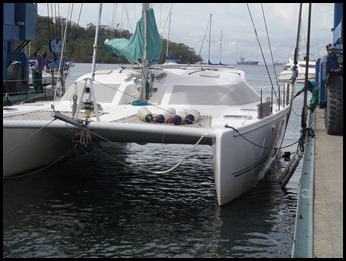 Finally D-day arrived and we motored across the bay to Peakes boatyard This is where our girl would have her very well earned facelift, a process that would span the next three months.

At 0900 Wednesday the18th as GWTW sat quietly in the haul-out pond and the travellift rolled alongside, the last entry of this season’s cruising was made in our log. It read 35,473 miles.