Leaving Beqa and the sharks behind we headed back over to mainland Fiji and on to Robinson Crusoe Island for their weekly dinner and fireworks show. As much as we are not resort hounds it is nice to have a meal ashore and experience a tad of Fijian culture.

The resort is run by an aussie lady who makes a real effort to welcome yachties to come in and enjoy the island.
The dinner was terrific and there was an over abundance of food. The food was spectacular with dance troops, singing, fire juggling, kava drinking and a fabulous finale of fire power on the beach at 9pm. All in all a great night ashore in a well protected anchorage. 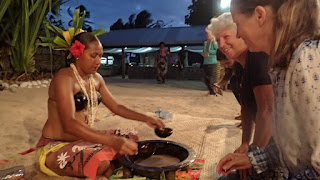 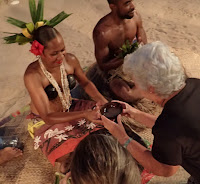 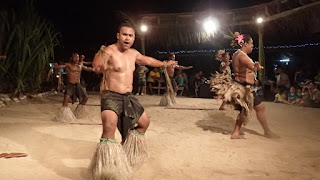 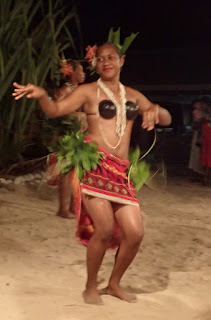 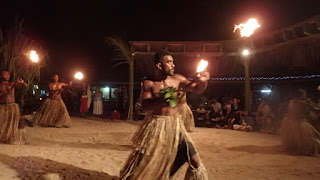 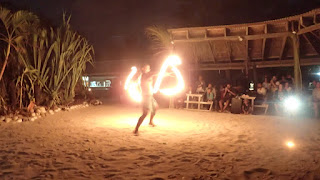 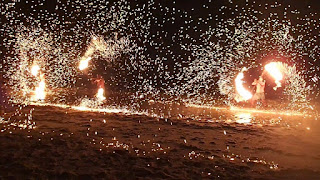 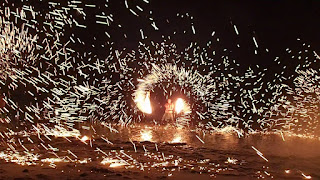 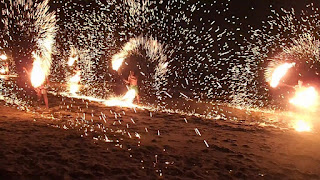 Next stop was Musket Cove on Mololo Li Island about a three hour run west of the Viti Levu in the Mamanuca Group of islands.  Musket Cove is home to all sorts of events and is a very popular spot for yachts and superyachts to lay at anchor for extended periods of time. The resort here is another yacht friendly place and for $20 FJ you can become a lifetime member of the yacht club and have full use of all the resort amenties and restaurants, It’s a great deal, probably the best we’ve ever heard of. So of course we joined.

As I said its quite the gathering place for people like us. Catching up with friends whom we’d not seen for a while was great . Among those  from New Zealand were Mark and Jennifer from the motor yacht Starlet. Jennifer was celebrating her 60th birthday and they’d booked a villa on the island for the event which was  followed by a fully paid dinner on the cruisers island bar & BBQ. 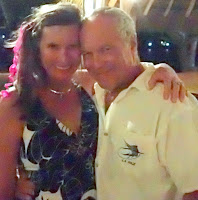 Roughly thirty of us were invited to the event and believe  me they put on a great party. Starting with an open bar and nibbles in the villa followed by dinner on the island where the yachtie musicians rocked the dance floor for a few hours. Another fun night out.

While here we also caught up Eric and Vandy from Scoots and their visiting family from the USA. The weekly Pig roast dinner  was highly recommended was being held one night so we all signed up. Well worth the money and the fun, laughs and jokes with our favourite friends went on all evening.


Next up it was time to move on the the rest of the island chain so off we hoped along with a couple of other yachts and headed over to Mana island just a stones throw away for a day of diving and snorkeling.

We stayed an extra day while the others went back into the Mana lagoon which is not a favorite spot of ours. Next morning we pulled up the anchor and decided on  stopping at Navandra but enroute we had a not so slight hiccup .

Just after tacking the jib sail from one side to the other in rather boisterous conditions we were both inside studying the charts to avoid any lurking reefs, which there are plenty of in these parts.

Suddenly we felt solid impact and heard a loud bang, and just as we stuck our heads up a moderate size fishing boat slid down our port side. Shit, we’d hit him! 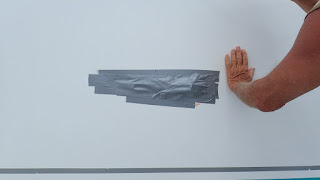 In that couple of minutes of not being stationed at the helm disaster had struck us. The fishermen, three of them were all asleep and anchored right on our track. How dare they.  Ten feet either side and we’d have missed their boat completely.  The fishing boat's bow had put a thru and thru hole in our port bow. All he had lost was his anchor rope. 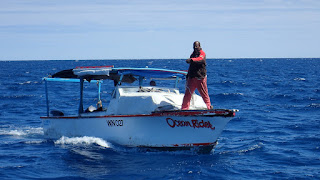 He very excitedly began his pursuit of us, loudly yelling and waving his arms. We  dropped our sails and pulled over into a small cove, where another cat was anchored, and the fishing boat,  definatly not by invitation rafted alongside as we hastily deployed our fenders to ward off more damage to our hull..

Ron, the main man, attempted to jump aboard but we fended him off, he was in an incredibly agitated state and we sure didn't want him on our boat.

We were glad we anchored in company with the charter boat Big Blue who were very helpful in giving us police phone numbers etc as well as sound advice on how to handle this mishap and interacting with this excitable fellow.

The skipper, Ron,  was beyond hysterical, claiming serious damage to his vessel, though that was difficult  to really tell as it was  really a piece of floating crap. Anyway, we were totally at fault and after much negotiation he finally agreed that we'd compensate him to the tune of FJ $1500  around AUD $1000.

For sure it was probably double what he was entitled to but we simply wanted the matter and him to go away. From the shake of hands he was our new best buddy. He called us daily on the phone to ascertain when we would be back to pay him and even started calling Liam mate!

Fortunately repairs to GWTW were arranged to be completed in Port Denarau a few weeks later at a very reasonable cost.  In the meantime Liam and a fellow cruiser  Hank from S/V Harlequin did some interim fiberglass repairs once we arrived at the protected anchorage of Blue Lagoon further up the  island chain. 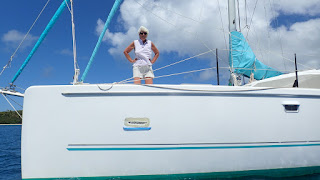 Overall, we were very lucky. Had Ron's boat collided with the centre of our boat, rather than the port hull, who knows what the outcome would have been. Possibly sinking the fishing boat, certainly dismasting  GWTW and prematurely ending our cruising. Worst case scenario would be people overboard, and many of these folk don’t swim too well. Doesn’t bear thinking about, really. Lesson learnt… keep a good lookout for reefs and fishing boats!

After the incident we continued on to Blue Lagoon, where parts of the original movie of the same name were filmed.  And yea we all showed up to watch the movie  the resort put on for us. My WE were young  when we watched it for the first time . While we were here we celebrated our 34th wedding anniversary with a whole bunch of friends at the Natalya Resort and even had the resort band sing us happy anniversary during dinner. 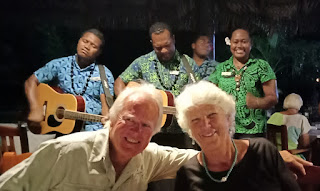 Our days were spent chilling out, playing music jam sessions ashore, taking walks to the windward side of the island and snorkeling the nearby reefs . It was a great few days in a beautiful place. 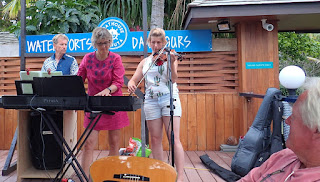 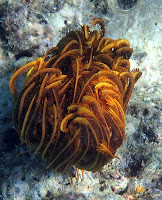 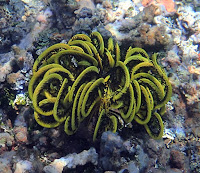 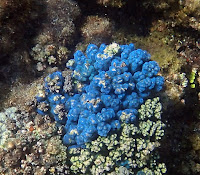 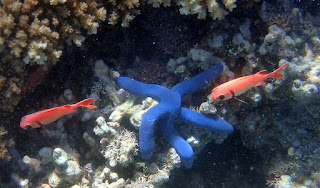 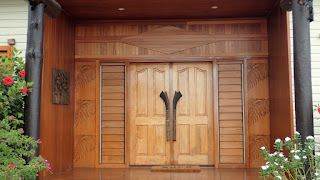 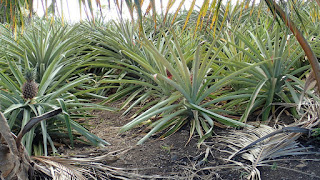 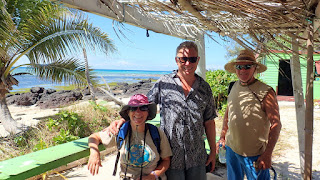 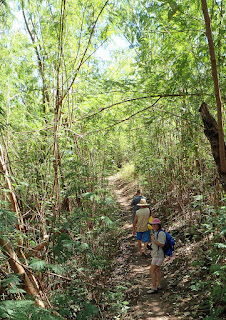 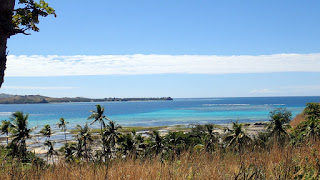