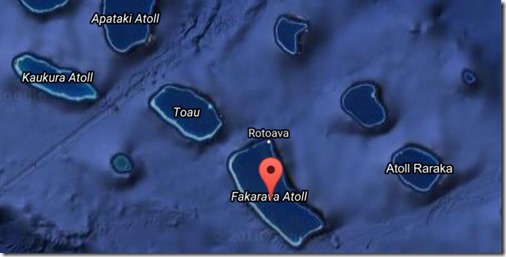 On approach to the south pass of Fakarava the horizon was filled with  menacing  lines of squalls. They marched across the lagoon ahead of us like rows of soldiers going into battle.

It was a scene that did little to excite us after a night at sea. At this point we were pretty sure that one of those ugly low hanging clouds would drop it’s load causing a total whiteout at our critical point of entry and we’d get very wet in the process. Then out of nowhere the dolphins appeared. 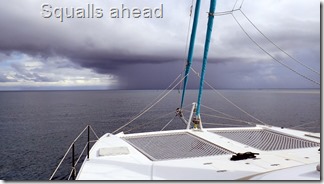 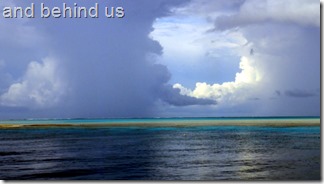 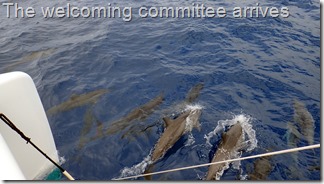 Seafaring folklore says that dolphins bring mariners good luck and with a pod of at least forty of these playful creatures surrounding GWTW just when we needed them, it stands to reason that lady luck was now on our side.

We glided into the lagoon through the glassy waters just as the clouds parted, passing a small dive resort to starboard and a huge expanse of white sand to port. Following the well marked channel past a rather nasty looking coral head which lay in wait to attack the hull of the tired or unwary, we continued on and picked up one of the white courtesy moorings without a drop of rain falling on our heads.

The six-ball mooring field is only a short dinghy ride from the south pass which of course is where the main underwater action lies for both divers and snorkelers. And just what is the major attraction here?…. well cue the music from Jaws and there’s your answer. Yep, it’s the noah’s arks, men in brown suits, call them what you will. This is shark city and there are hundreds of them down there. 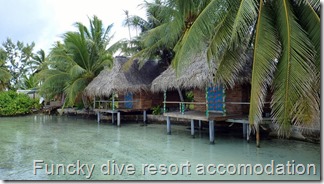 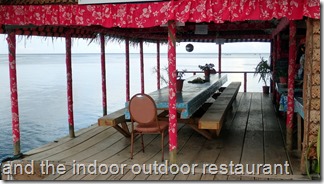 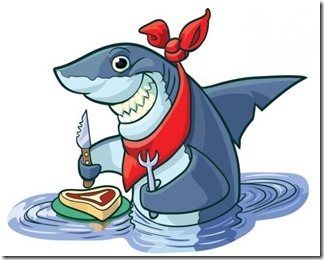 Having never ever intentionally got in the water with so many of these sleek killing machines, we made a joint decision that it would be prudent to go with an experienced local dive outfit first up. So Liam signed on with Top Dive whose office was conveniently right on the foreshore in front of our mooring. Yours truly sensibly dipped out of donning the scuba gear until I got a little more  comfortable sharing the water with those big buggers, preferring to get my kicks looking down from the surface rather than swimming through their dinner table, so to speak.

Liam had a two dive session which cost 13,000 CFP or $70 per dive. We thought that was a pretty good deal compared to prices elsewhere on the planet. 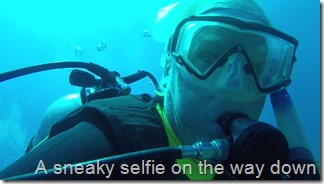 The first dive dropped the team in the deep gutter just outside the pass entrance. Descending  straight down to 80ft, the dive party hooted along near the bottom with the incoming tide.

At 80ft the whole scene takes on an amazing hue of blue as does the coral. The water is still gin clear but there’s not a lot of sunlight at that depth. It’s only in the shallower waters the natural colour of the coral comes into view. But these weekend warriors weren’t down there to look at pretty corals, they were there to get up close and personal with sharks. And judging from the happy snaps that mission was well and truly accomplished. 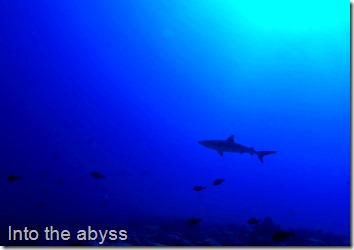 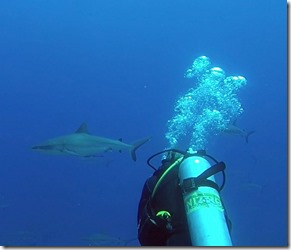 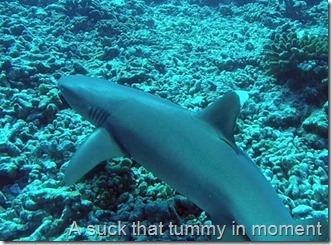 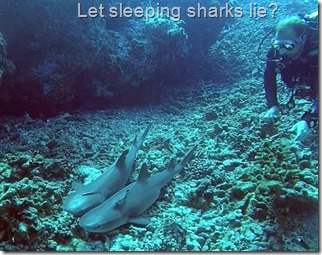 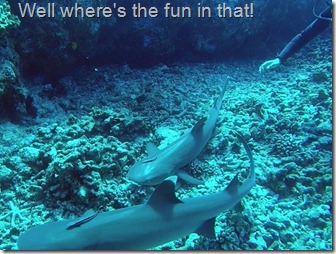 The snorkeling was pretty action packed as well. We did several drifts through the pass, sometimes sticking to the left side and sometimes to the right. Other times we just went where ever the current took us. It was fabulous. With an ever changing scene in front of our eyes there was no way you could ever get bored. 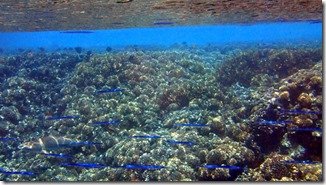 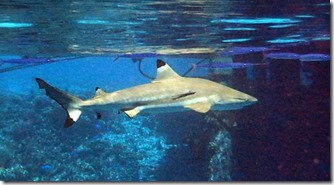 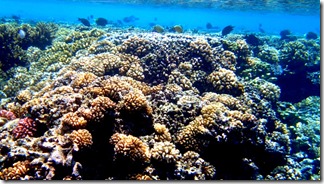 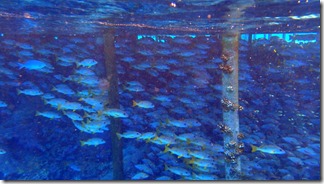 As the swift current whizzed us past the jetty and over shallow coral reefs we saw spotted eagle rays finning their way towards the surface, a couple of huge Napoleon wrasse, more sharks than you could poke a stick at  and dozens of yellow snapper who obviously figured safety in numbers was the order of the day.

It was here at the south pass of Fakarava that we once again hooked up with the Aussie crew of Lumiel a Fountaine Pajot 44 cat with John, Trish and visiting friend Jeff onboard.

We shared sundowners and snorkel trips together as well as a great night out on a tiny motu, just a five iron shot from our mooring ball, for an awsome wood fired pizza dinner. The little red roofed pizza joint “Chez Manihi’s” is usually only opened during the peak cruising season  but the owner willing obliged  our request as there were five of us plus the two guests staying at his mini resort. His seafood pizzas were mouth watering and combined with the overflowing bowls of salads and chocolate deserts we certainly didn’t go hungry and we got to take the leftovers home. 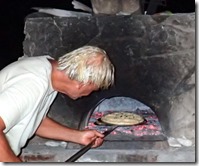 Well we’d had a great time down at the south end but there was plenty more of Fakarava to see.

It was time to move on up the island and soak it all up. Taking it one day at a time.