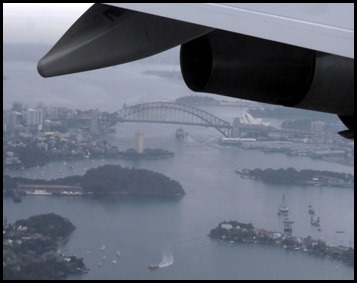 A dull, drizzly day greeted us as the Qantas 747 leveled out under a blanket of cloud on its final approach into Kingsford Smith International Airport in Sydney. After the long,long flight from the USA east coast and then across the Pacific we had hoped for views of a sparkling Sydney Harbour but that was not to be.The weather is the weather and we had roughly seven weeks to make the most of it, good or bad.

We’d be spending most of our time staying with our good friend Pete, who lives just one street up from where, in our land-based life, we once owned a house. It always feels nice to be back in our old stomping ground even if only for a short time. As with every time we come back for a fleeting visit there’s a long list of people to see and an equally long list of boat bits to procure, and this time was no exception.

After  a few days of settling in to our new digs and catching up with Liam’s kids the socializing began in earnest. First up was dinner with my long time best girlfriend Pam to celebrate her “forever forty” birthday. Along with her hubby Ross and mutual friends Pete and Steve, we had a great meal out at a local pub  just up the road from their place. 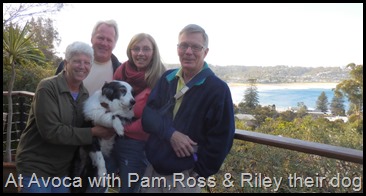 During dinner the plan was hatched for us to spend a few days the following week at their beach house in Avoca, about an hour north of Sydney. Having spent time there on previous visits we jumped at the chance to do it again. Pam and Ross are temporary custodians of some of the furniture from our house, so it feels a bit like home when ever we visit their city home or the beach house. Staying at Avoca also gave us a base to catch up with Liam’s sister as well as his aunt, uncle and cousins who live nearby. 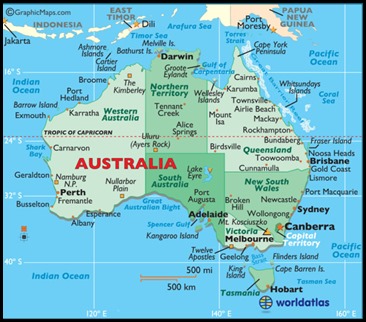 With our mini break over, from what I hear you all say, it was time to hit the campaign trail again. Phone calls were made, dates firmed up, tickets booked and before we new it the Jetstar plane touched down on the Gold Coast in sunny Queensland. For those of you who are not up to speed with the geographical layout of Australia, Queensland (QLD) is the state to the north of New South Wales (NSW) which is where Sydney is located. Going to QLD in September is kind of like going to Florida in the dead of winter if you live anywhere north of the border in the US.You get the idea. 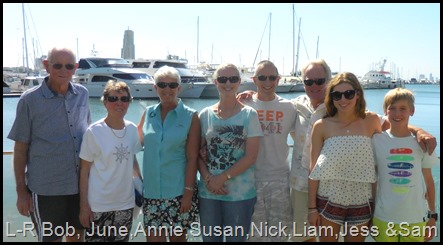 So we spent two weeks up there visiting our northern friends, all of whom are boaters and live in fabulous waterfront homes. Staying with Susan and Nick is always a truck load of fun and our friendship spans the timeline since their dating days many moons ago, to being married, then on to having babies and watching their two wonderful children grow into teenagers.  We had many outings with them including lunch with Susan's parents at our favourite place, Southport Yacht Club. Having had very recently visited us on GWTW in the Bahamas there was lots of reminiscing to be done about as well as tentatively planning their next visit to the mother ship.

Sandy and Julian, who own Catch’us, a sister ship to GWTW, live about a half hour from Susan and Nick and rather than drive, the six of us jumped on board  their boat Magic and toddled up the canal system to S & J’s abode for a long lunch. Along with Lucy and Geoff who own yet another sister ship named Soul, we had a great afternoon of fun and laughs and of course, seeing as how we all own the same type of catamarans, lots and lots of boat talk and comparisons. It was a  real hoot. 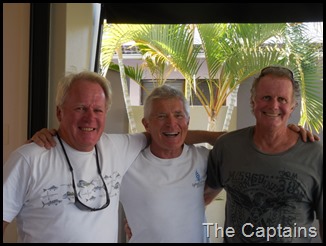 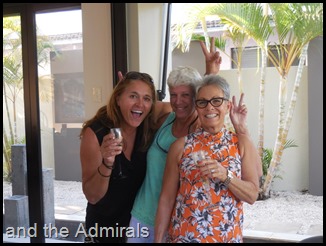 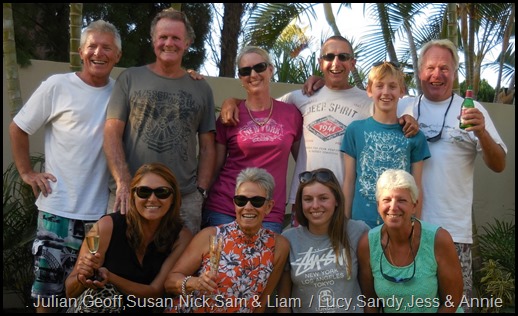 Driving three hours north from the Gold Coast  we caught up with another set of boating friends. Bruce and Toni, former owners of, yep you guessed it, another sister of GWTW and more recently the Lagoon 57 Remi De, who we sailed  in company with extensively throughout the Caribbean and the USA. They have now swallowed the hook and are landlubbers on Queensland's Sunshine Coast. 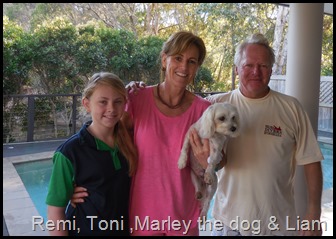 After crossing the Pacific last year they enrolled their daughter back into school and are now part owners of two aqua fun parks which is right up their alley being former water-skiers themselves. Although they both had to work the two days that we spent with them it was yet another fun rendezvous.

The last stop for us before heading back to the Gold Coast was for a couple of nights on South Stradbroke Island  staying with Geoff and Lucy.  Sth Straddie ‘as it is known by the locals, is predominately a windblown, sand dune covered wildlife sanctuary. 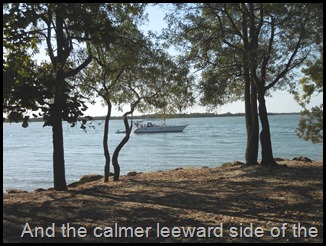 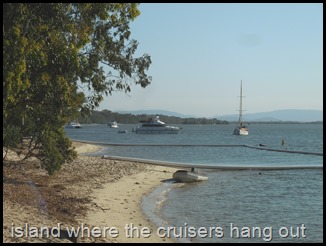 It forms part part of the barrier islands which separate the sometimes boisterous Pacific Ocean from the calm inside waters and canals of the Broadwater. These islands stretch from from Southport on the Gold Coast to Morten Bay and the QLD capital city of Brisbane, some 70 miles to to the north. Geoff, a man of many talents, together with Lucy built their stunning home here from the ground up and it is a real credit to their talent. 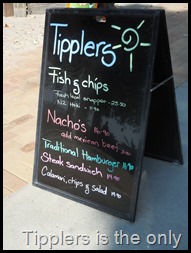 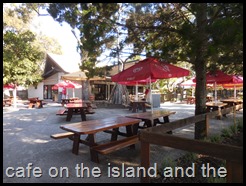 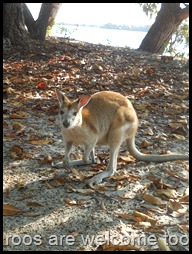 They clearly prefer the quiet life and live in a small community of people who commute by boat to get to the nearest shops and the bright lights of the big smoke. Given that we had never visited the island before it was fascinating to experience such a remote and peaceful way of life that is just a stones throw away from the hustle and bustle.

A couple more nights with Susan and Nick and we were off to the airport and a quick hour later were back in Sydney. 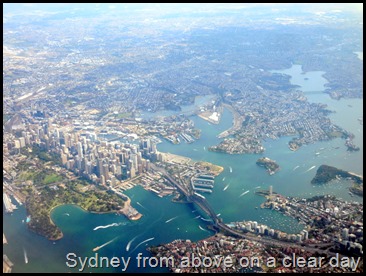 Appointments with our new GP for an annual checkup had been scheduled for later in the week. Routine blood tests were penned out as well as referral letters for specialist appointments that weren’t part of the GP’s service. Armed with a myriad of paperwork for the pathologists, we walked away feeling happy, fit and confident that all our results would come back normal.

Our heads were starting to spin from all the lunches and dinners we’d been having and it wasn’t over yet. My sister’s 60th Birthday in late October was next on the agenda.

With our cruising lifestyle we’ve missed many family birthdays over the years, but this was one that had been put in the diary along time ago.The venue, a well kept secret from my sis until the big day, was a lovely restaurant overlooking the Blue Mountains Botanical Gardens several hours drive to the west of Sydney. 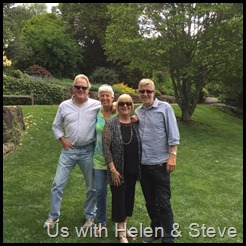 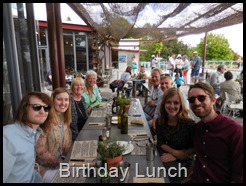 Being  mid spring the mountain wildflowers were in full bloom and the day was crisp and clear. Helen decided to make it a family affair with just eight of us in attendance and that in my humble opinion was way better than having to make small talk with a gaggle of people we didn’t know. The day was just perfect with an informal celebration, stunning views and a delicious lunch followed by cake and candles served on the lawns of the gardens. What more could a girl ask for? Well amongst other things maybe an Ipad and a Pandora bracelet and she got both of those. You only turn sixty once and I reckon you should get whatever you want on that day. 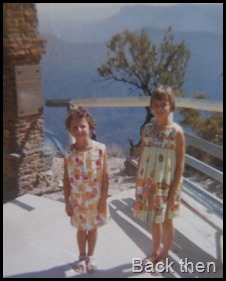 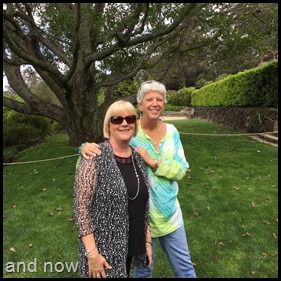 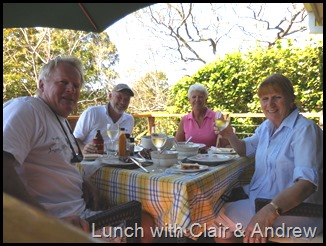 November 5th, the day of our departure  back to GWTW patiently waiting for us in Georgia, was rapidly approaching and there were still a few people to catch up with. Cruising friends Andrew and Clare from the yacht Eye Candy were in town so we invited them over for a BBQ and, as luck had it, they were staying with their daughter just a few streets away. It was great to catch up and as their boat was already in French Polynesia they were able to give us heaps of useful info for our upcoming Pacific crossing.

There were more lunches, dinners and visits with Liam’s kids and grandkids, my family, cousins in Wollongong and locally based friends Sue and John and Jan and Murray. 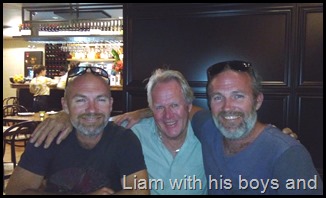 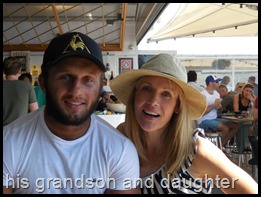 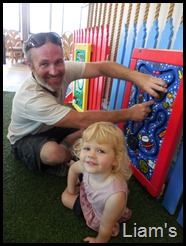 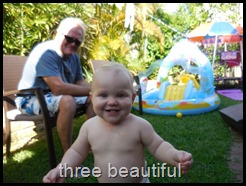 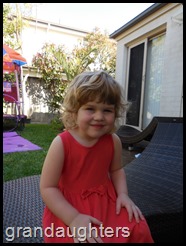 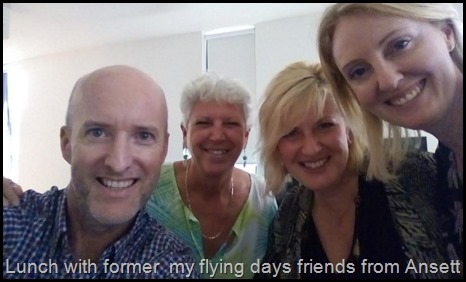 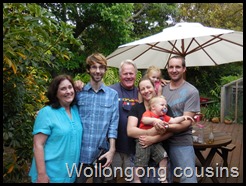 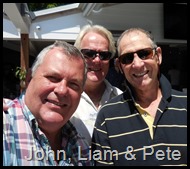 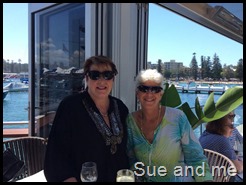 Time has a way of sneaking up on you and we’d just about come to the end of yet another whirlwind visit downunder. Liam always says that he’d like to have stayed longer and that our time in Sydney goes way too quick. At this point I will say that he should be careful what he wishes for in the future. Our blood work came back to our GP and another appointment was made to see her. Needless to say we didn’t get the results we’d been expecting.

And on Thursday the 5th November that big silver bird bound for the USA and GWTW took to the skies, missing the two passengers who had booked seats 35 J and K.