The wind gods were not playing fair. Strong southerly winds kept us in Isla Mujeres for another two weeks. That was actually no hardship at all as it’s such a great little town. We had plenty to keep us busy. There were cruisers meet-and-greets, dinners at the local marinas, live music at night at any number of waterfront establishments and a little bit of barefoot dancing on the sand thrown in for good measure. 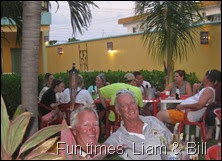 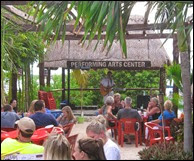 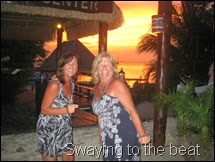 One of our favourite spots to hang was the Bahia Tortuga which served excellent food, great Margaritas, a guitarist on Wednesday nights, fast internet and a free dinghy dock. What more could we want? 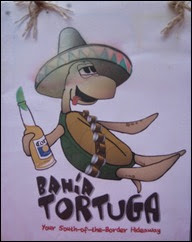 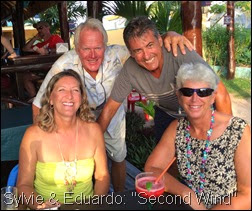 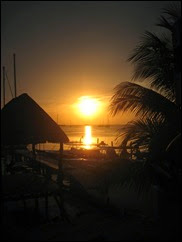 We caught up with our Canadian and Aussie friends, wrote more blog postings, scrubbed the bottom of GWTW, read a few books and waited  and waited for the weather to turn to the north and blow us south to Belize. 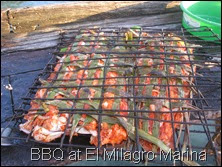 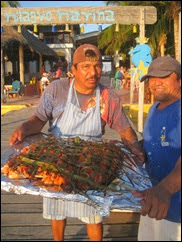 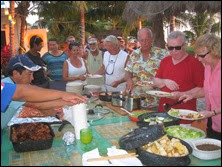 All things come to those who wait and eventually that day came around and we did our checkout formalities and headed out in company with Muneera for an overnight passage to Chinchorro reef, our last stop in Mexico. 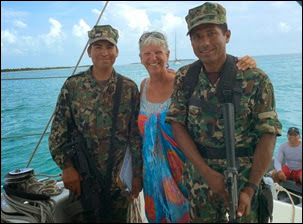 The reef is true atoll, similar to those found in the pacific. No sooner than we’d arrived than the boys from the Navy came to check our papers. They were dressed in camouflage fatigues with lovely suede boots and brandished M5 automatic rifles. It was an interesting look. After they left, we hit the surf, it had been a long day. The snorkeling looked good out near the reef entrance so along with the gang from Muneera we loaded up the dinghies and headed out. Within minutes we spotted the tell tale signs of lobsters and temporarily  forgot the lobster season was now closed. Nick, Adrianna, Millie and Ella had never seen lobbies in the wild or eaten them fresh, so Liam caught a couple which we cooked up  and shared later that evening. Tomorrow we would be in Belize where a new adventure awaited us

But for the time being it was Hasta Luego Mexico!

Email ThisBlogThis!Share to TwitterShare to FacebookShare to Pinterest
Labels: Mexico 2014