Bahamas : Georgetown to the Berry Islands.

Ahh Georgetown, the memories of a fun filled two weeks during the 2012 cruising regatta came flooding back. At that time over 200 yachts were anchored off Lee Stocking Island just across the bay from the metropolis of George Town, and this is where the funky beach bar, the Chat ‘n Chill, was the centre of the universe. Maybe we’d hyped it up too much to Ross. This was to be his last night with us before flying out to Pennsylvania and we were really hoping to show him a good time. Being the end of the cruising season, there was now only a handful of boats anchored  off the beach and we were worried that the place might have shut down. Either way we piled into the dinghy to investigate further. 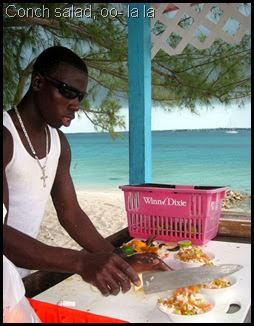 A short stroll down the beach brought us to the Conch Shack, the best place in the Exuma Islands to eat conch salad. It was close to 4pm and it was still open. We’d got lucky. A good looking young man with a great tan was in charge of the kitchen, actually he ran the whole place albeit it’s pretty much just an outdoor bench with a roof, a pile of conch out the front and a couple of picnic tables, but  man does he know how to make a mean salad or what!. The boys watched attentively while he removed and cleaned the conch at lightening speed. Then he made us three bowls of delicious conch salad while Ross fed one of the local stingrays some conch scraps. 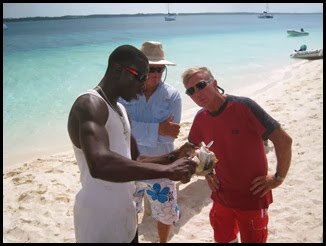 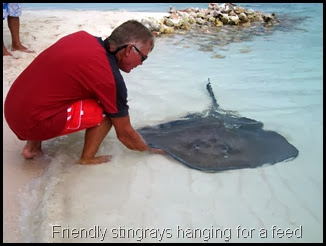 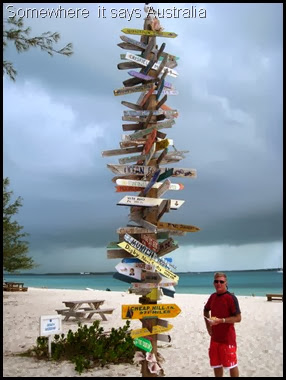 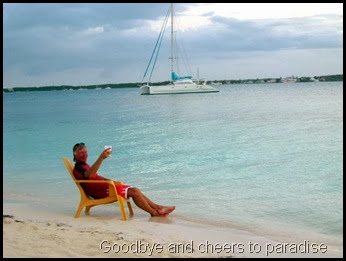 With the threat of rain we decided to hang out in front of the Cat ‘n Chill bar in case we needed to make a hasty retreat to cover, which in the end we had to, but not before Ross got to have one last rum punch in paradise. Next morning, after nine weeks on board, we said farewell to our friend and crazed fisherman Ross, he’d had a ball since he’d got on back in the BVI’s, well at least that’s what we think. 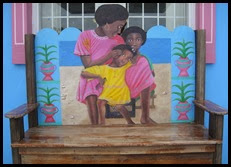 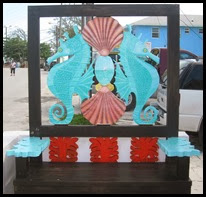 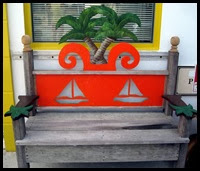 Above are some cute park benches that we spotted in George Town the morning we dropped Ross off and by 10am we were all provisioned up and  ready to head out for the 35 mile sail east to Conception Island. Having heard the merits of this national park island it was added to our must see list. Two reefs in our mainsail and a full jib along with a romping 15 knot SE wind had us anchoring in solid sand beneath 15ft of clear water at Conception by mid afternoon. The anchorage was very beautiful and the following day we explored the mangrove lagoons by dingy and walked some of the beaches on both sides of the island. A spot of offshore reef snorkeling in pursuit of our favourite dinner ingredient proved hopless. Whatever had been there for the taking was now is someone else’s tummy. 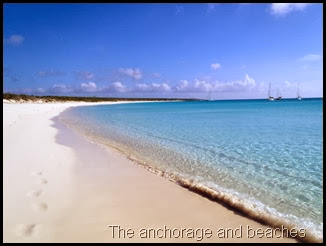 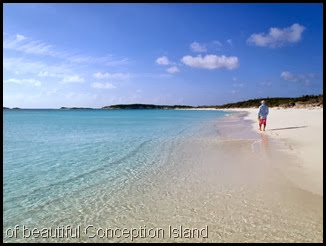 Our next destination was to be Cat Island, we were making very good time with a good ESE wind pushing us along and sitting on boat speeds of 10-11kts. By early afternoon our plans had turned to custard, as they often do. The wind was now fairly solid out of the east effectively wiping our plans for Cat Island off the board. As we were only 35miles from Little San Salvador, that got the guernsey.

It was a good call as Half Moon Bay was another excellent choice. The island was bought by the Holland America cruise line a few years back but they seem to have no problem with visiting yachts stopping there, providing they keep out of the way of both the ship and their guests relaxing on the beach. We timed it to perfection, arriving just after 4pm when the ship was leaving . For the rest of the evening and the following day we had this beautiful place all to ourselves. 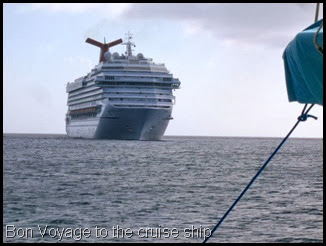 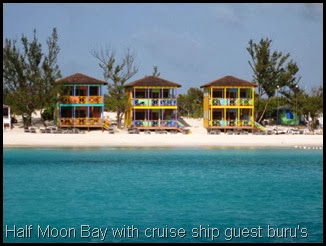 By now it was the 10th of June, ten days into the hurricane season. Most cruising boats had hightailed it either north or south of their insurance companies no-go zone areas by now. We still had a ways to go till we got to ours’ up in North Carolina.The weather was starting to change and we kept a watchful eye on anything that resembled something nasty heading our way.

Leaving Little San Salvador we planned on having a night at either Musha Cay or O’Brien’s Cay in the Exuma Chain, but that turned out to be a no go as the wind gods had other ideas. So we changed our plans and headed to Hawksbill Cay instead. Uh uh, that didn’t work either. Ok how about Allens cay?  We’d stopped here a couple of years earlier but this time there were a few boats already staked out in the prime positions. We snooped around  for a while but couldn't  find a big enough spot to give us the protection we wanted for the coming blow that was forecast. As a last resort back  we went to Highbourne Cay. So after a day of chasing anchorages we found a snug spot in the north bay of Highbourne tucked in under a high hill. Perfect.

The water was lovely and flat, not a ripple, a great spot to sit out the strong easterlies predicted for the following day. 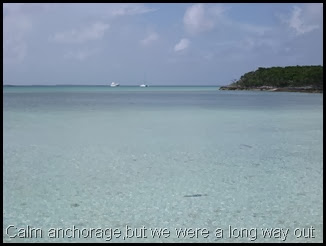 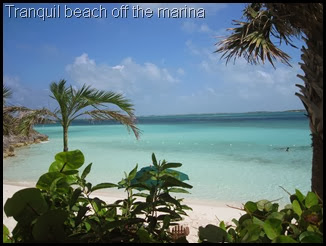 Feeling the need to stretch our legs a walk to the small marina was in order the next day. Highbourne cay is a private resort island with about a dozen high end villas for rent. The staff are all friendly and most guests get around by golf cart or on courtesy push bikes. There is a small general store, a restaurant and a book swap at the marina. That pretty much sums up the place.We got a lift in a buggy from one of the staff on the way to the marina but decided to take the long route and walk home after our little excursion. It was a tad hot but nothing a quick swim back at the boat didn’t fix. 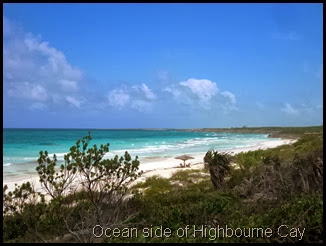 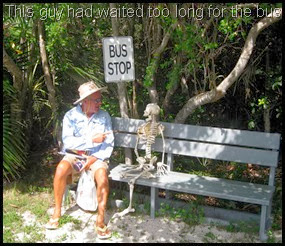 From Highbourne  we turned north west crossing what is known as the yellow banks before arriving at the capital of the Bahamas, Nassau. Aussie friends on the cat “Remi De” had just spent a week there visiting the theme park Atlantis, and we’d arranged to meet up with them at Green Cay, a couple of miles east of the town. 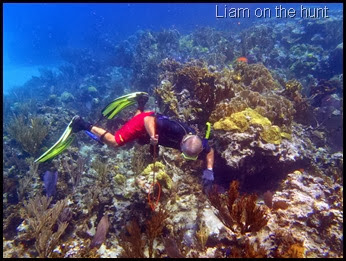 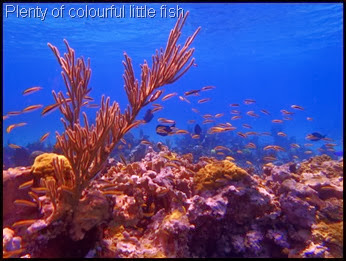 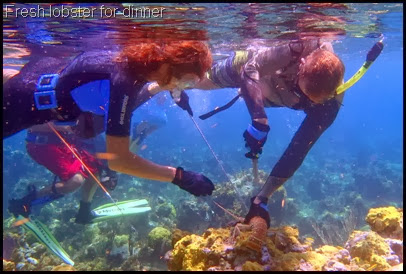 Having stopped at the cay on a previous trip north we new the area quite well. It is a real gem, a little castaway type island with clear aqua waters and loads of fish life on the many nearby reefs.

Needless to say the next two days were full-on water sport days for all of us. With the weather being warm and sunny, the visibility for diving and snorkeling was about as good as you could get. The lobsters weren’t bad either! We could even pick up wi fi from the Sandy Toes beach bar just across the bay. There was of course a fee, $10 for 24hrs. Not a bad price for the Bahamas really. From Green Cay our little convoy of cats motored back over to Nassau, and as Bruce and Toni still had a day pass for Atlantis, the five of us went in for an early dinner and a look around. It truly was an awesome place, especially if you are into the water park side of things.There are six different themed water slide parks, eleven huge swimming pools, five beaches, and  thirty one restaurants / eateries. Then of course  there are the casinos, nightclubs, theatres, shops, tennis courts, monster aquariums, the marina full of super yachts and the list goes on. The theme parks on Australia’s Gold Coast have nothing on this place. Put it on your bucket list. 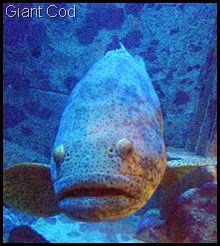 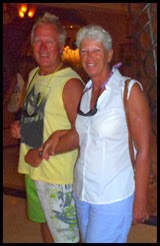 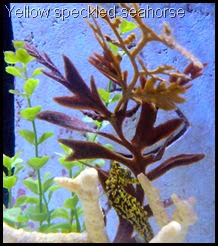 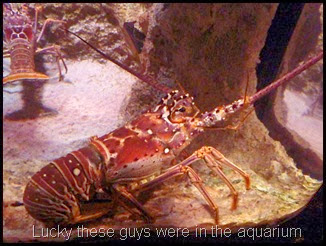 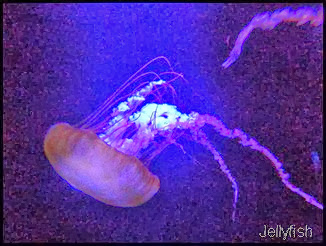 Saying goodbye to cruising friends is always hard, as who knows when we’ll meet up again, but it was time for us to keep moving. The Berry Islands were the next stop. White Cay was our anchorage for the night and with flat water and an easterly breeze of 12 knots we arrived just before 2pm. There were a couple of other boats in the anchorage and one fellow invited us along with the other boats for a beach fire at 9pm. We politely declined his offer as  we were anchored quite a way from the beach and it would be a bit too late for us to be venturing out on a black night in a strange anchorage. Watching the sunset and early to bed seemed a way better idea. Next morning we set out for Great Stirrup Cay in the north west of the Berry’s. It is a popular  last day stop on the cruise ship itinerarys’  and one of the Norwegian  cruise companies had  well and truly set up camp for their guests. As we rounded the point a giant waterslide, a tropical beach complete with deck chairs, palm trees and plenty of parasailing boats and jet skies came into view. 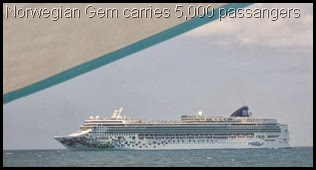 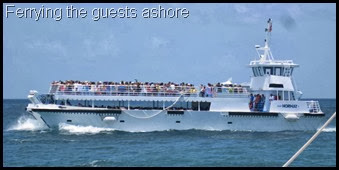 Apart from their little pretend piece of paradise there was nothing else there, and come 4pm the ship’s horn sounded and within half an hour the floating hotel had disappeared over the horizon. Once again this part of the Bahamas returned to the tranquil place that we cruisers love. Great Stirrup Cay was our last anchorage in the Bahamas, tomorrow we would be crossing the gulf stream bound for Florida once again.

Email ThisBlogThis!Share to TwitterShare to FacebookShare to Pinterest
Labels: Bahamas 2013