The Sunburnt Sahara : part one
21st –22nd October 2010
Budgeting on two weeks in Morocco we planned an inland trip for a couple of days. Three would be spent in the Sahara Desert and one in  the ancient city of Marrakesh. One thing to remember about Morocco is that although the population is Arabic the main language spoken is French and we don’t speak much of either.
Arriving at the train station all the signs and announcements were in French, but we overcame this little hurdle with the aid of our Lonely Planet and our trusty use of sign language. The four hour train ride to Marrakesh, yes this was the fabled Marrakesh Express was interesting, especially when our locomotive gave up the ghost on route and we waited over an hour for a replacement to arrive and push our train the remaining 70 kilolmetres. to the station! 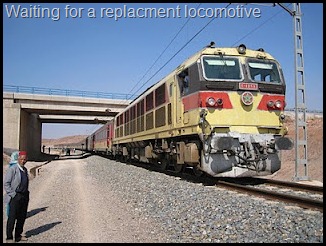 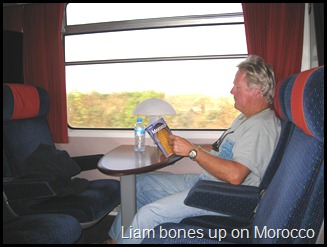 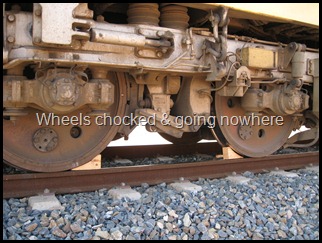 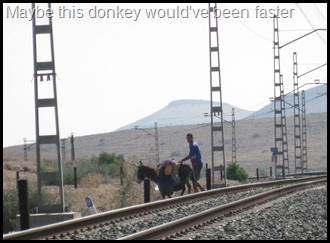 Finally the spare diesel arrived. Everyone was ushered back onto the train and we started our painfully slow journey onward to Marrakesh. Arriving at the station a couple of hours later than schedule was not looking good for us.The afternoon  sun was already starting to disappear behind the high hills With a decent journey still ahead of us we had two options. To buy a spot in a shared taxi if one was going our way, which not many were, , or rent one by ourselves .After negotiating a price,and probably paying way too much,we piled into the very old beaten up Mercedes taxi and off we went, literally into the sunset. 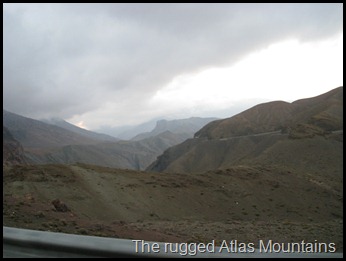 Driven by a “pseudo fangio” the hairy three hour, 260 klm drive took us over the winding roads of the Atlas Mountains. We were ever so glad to arrive at the town of Ouarzazate  still in one piece! After meeting our guide and checking into the hotel we headed straight for the bathtub with a soothing glass of wine in hand. It had been a bloody long day. Next morning we awoke to wonderful views out over the desert landscape and breakfasted on tasty Moroccan morsels by the swimming pool. Around 8am our guide and driver arrived in the new age ship of the desert, a very comfy Toyota land cruiser. Way better than doing the whole trip the way the Bedouins used to on camels. 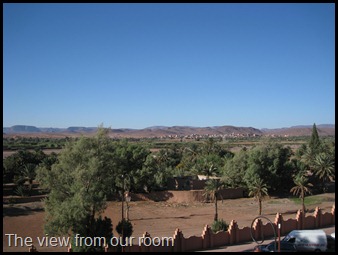 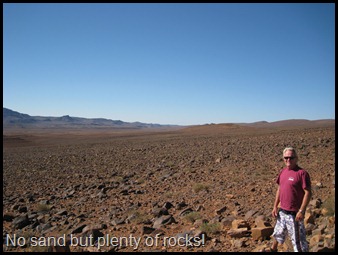 During the next two days we drove through spectacular mountain scenery, and down into the lush date tree lined Draa Valley. Wadi’s snaked their way through the valley floor giving rise to fertile crop land in what was otherwise desolate surrounds. 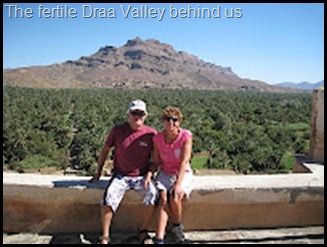 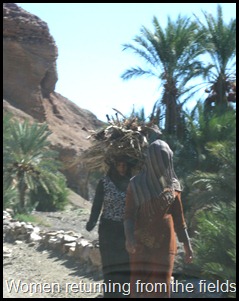 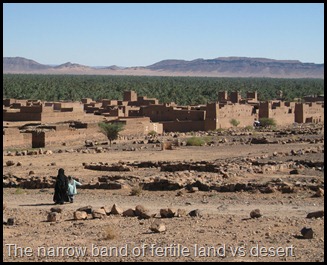 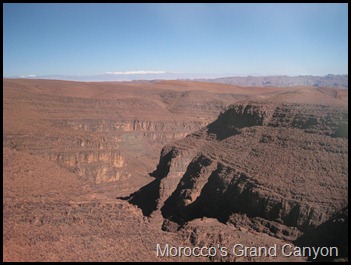 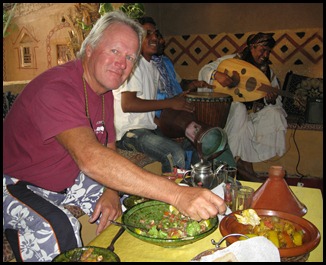 Stopping for lunch was a real treat. The food was absolutely mouthwatering. An array of tagines, traditional clay serving pots, were set down before us full to the brim with curried goat, fragrant vegetables and fresh salads. Liam did struggle with the lack of bee,r though there were plenty of soft drinks and flavoured teas on offer. A six piece band provided some lively  Moroccan music to munch by as well. 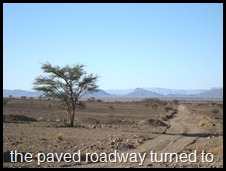 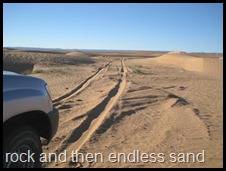 After a couple more hours drive through desolate countryside, where the flat plains and mountain landscape gradually gave way to the orange sands of the Sahara,we arrived at our Bedouin camp for the night. 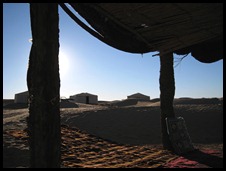 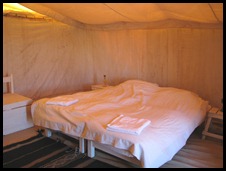 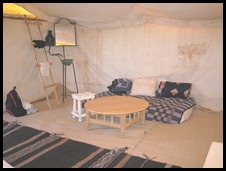 The set up was pretty good.There were six canvas tents all with single beds, wash basins, running water, ( well a hand pump), and a small sitting area.The mattresses and pillows were firm to say the least, no duck down feathers out here, and the floors were covered with camel hair rugs. Communal showers with solar hot water and loos were just a stroll away. After settling in and taking a break for some refreshing mint tea  and watching dinner being prepared in the tradional way it was time to hit the camels, well not literally, and ride them out into the sunset on the shifting sands of the dunes. 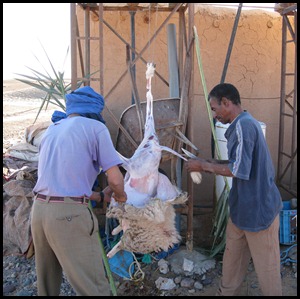 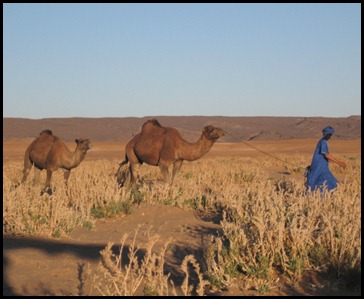 Not the most comfortable animal to mount or ride we spent about an hour or more taking in the sights and watching the colours of the dusk sky change from soft pinks to deep blues. Dinner that evening was shared with some other guests who arrived at the camp a little later than us and this was followed by a musical get together around a warm camp fire under a carpet of twinkling stars in the clear desert sky. 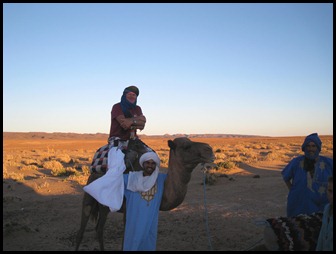 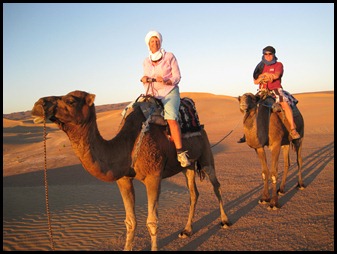