Hey It’s Good To Be Back Home Again! 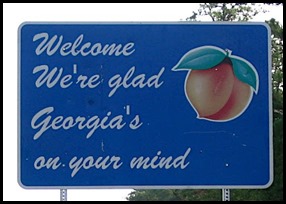 After a grueling 23 hour flight from Sydney we touched down in Jacksonville, Florida and collapsed into our hotel room for some much needed sleep. Good friends Larry and Lena from M/V Hobo kindly picked us up next morning and drove us back to GWTW in Brunswick. On our first evening back the weather gods gave us a spectacular Georgia sunset, something we’d missed while back in Oz 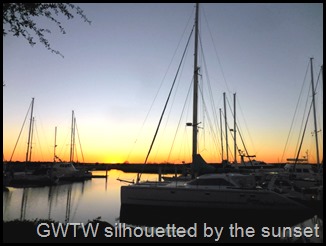 Mid January, which is smack bang the middle of winter on the east coast of the USA, is not the place you want to hang around when you are itching to get out there and go cruising. But when mother nature sets her own agenda there is nothing to do but sit, wait and shiver. 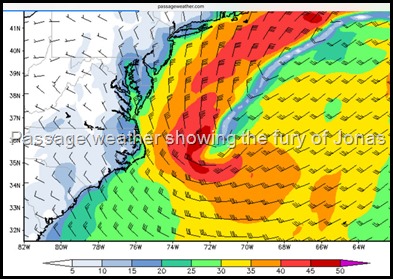 Within days of us arriving back to GWTW winter storm Jonas was knocking on our door. Of course we didn’t have it as bad as the folks further to the north. Baltimore, New York, Washington and Boston were hit pretty hard. As news reports spread of the impending conditions and temperatures plummeted, everyone prepared for the worst, including us. 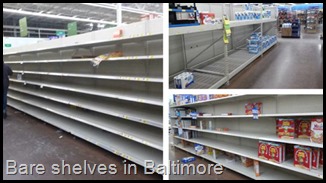 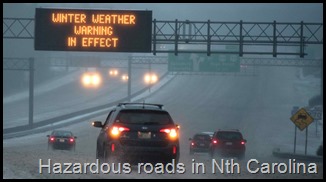 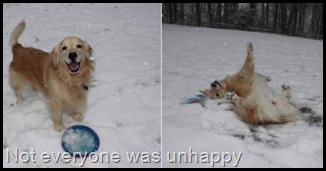 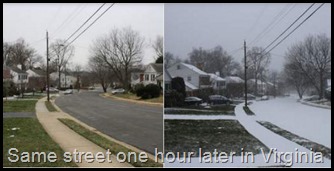 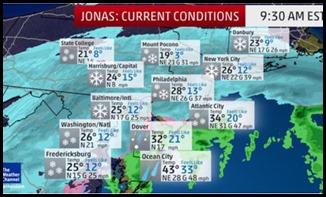 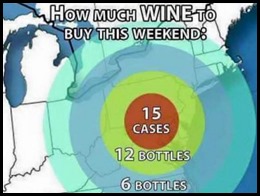 Every piece of our rarely used warm clothing, blankets and our doona were brought out of storage  in the bow as were our two heaters. A mad dash to Wal-mart had me bringing home thick hiking socks, slippers for Liam and canisters of camping gas to fuel “Buddy”, our little  propane heater.

The marina dockmaster advised everyone to leave the bathroom taps dripping to stop the pipes freezing as the night time temps here in Brunswick hit the low 30’s and the days only just crept up into the 40’s. Beanies, scarfs and gloves completed our very limited winter wardrobes. At the height of the storm and remember we weren’t in the centre of the action, we awoke to ice on our windows, decks and on the docks. Needless to say we didn’t venture out that day for fear of being snap frozen. 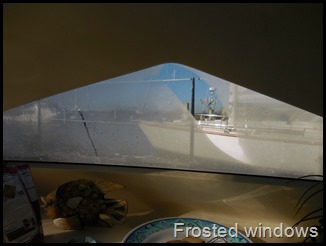 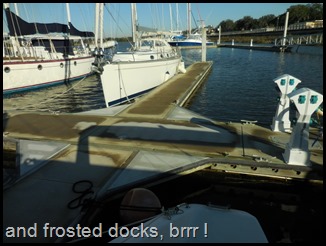 Throughout the remainder of January, February and March the weather continued to be more often than not cold with a capital C. There’s been cold fronts roaring through like freight trains every couple of days and we just haven’t see a big enough window to sail down to the Bahamas, let alone Panama without getting a flogging. So we’ve decided that for yet another year our efforts to get to Panama and the Pacific will be put on the back burner. If the gods are with us we might still make it to the Bahamas. But idle hands are the work of the devil and when you live on a boat there is always  something that needs to be done.

Amongst all the regular maintenance jobs that we both do, our two onboard A/C units gave up the ghost in not the most timely manner. Neither would heat and that was something we really needed them to do. Reluctantly we ordered new ones and Liam spent a number of days fitting them. A job well done. 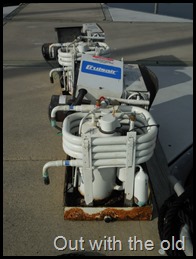 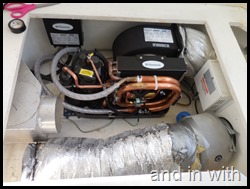 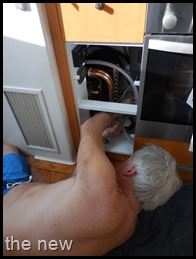 The captain has also been busy replacing our engine exhaust hoses which have developed a few small pin holes and cleaning the engine bays, a bit of a yucky job that needed to be done

We’ve also had a busy social calendar with the marina putting on lots of events. First up was Valentines day where we won a $25 dollar gift voucher for being the most compatible couple in the “newly wed game”. 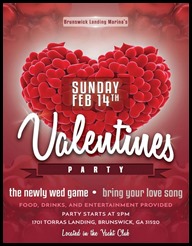 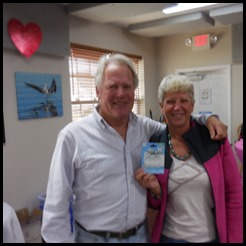 Then came the St Patrick’s Day pot-luck dinner where everyone wore green, drank green beer, but not green wine, and feasted on green delicacies . 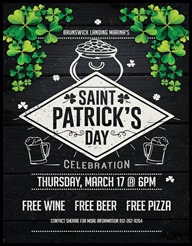 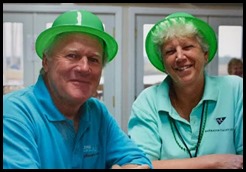 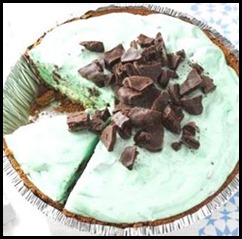 A few days later we headed back up to the marina clubhouse for an amazing Easter Sunday Lunch complete with indoor games and an outdoor easter egg hunt with the golden egg containing $100. We found lots of eggs, but sadly didn’t find the magic one. 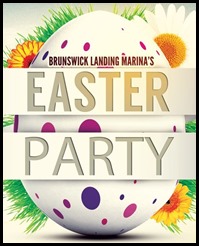 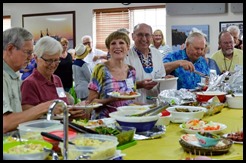 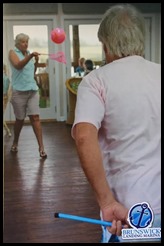 In the midst of the social engagements we celebrated Liam’s 65th birthday. It was a pretty low key day that ended with one of his favourite meals, home cooked roast quacker (duck). 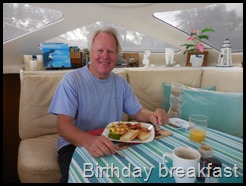 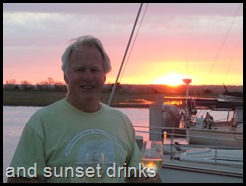 We also had a very quick two week trip back to Phuket in Thailand.The timing couldn’t have been better as we were still stuck in the marina. We flew Emirates Airlines and they were fabulous. We even scored an upgrade to business class on one of the legs. What a bonus that was. Slumming it in the upper deck of their A380 was a real hoot as you can see from the photos. 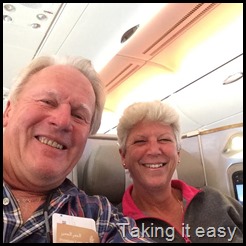 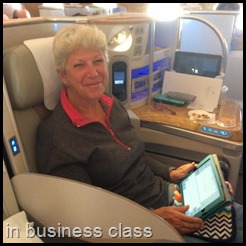 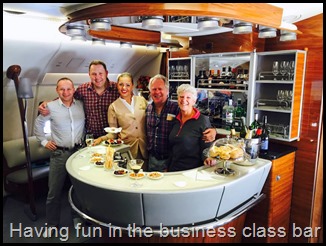 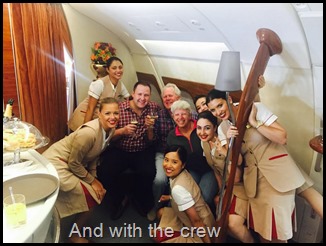 As you may remember from previous posts, we bought a condo by the beach in Nai Harn Phuket back in 2007 while cruising the area on GWTW. Well to cut to the chase, we had an offer to buy the place which we’ve accepted, so we flew back to pack up our personal stuff and finalize the contract. We’ll miss going there for mini holidays off the boat but there are a heap of places on the planet that are still on our bucket list. A lot of them we won’t be sailing to on GWTW. So the plan is to spend the money from the sale on some new and different type of adventures. 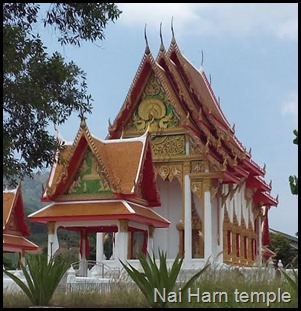 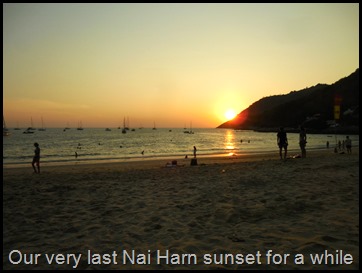 So what’s next? Well both Alaska and Africa are already on the radar and we’d still like to get down to the Bahamas in the coming weeks if possible.I guess you’ll just have to keep watching this space to see where we end up.