With GWTW home alone at Nana Juana Marina in the Rio Dulce Guatemala, but under the watchful eyes of our good friends on the Aussie boat Muneera, we climbed aboard the Litegua bus bound for Guatemala City, a six hour ride inland. Through listening to the cruisers’ bush telegraph we’d organized a room for the night at the hotel Los Torros. It was a good deal, clean and comfy but definitely no Taj Mahal. More the type of place you check in and then go find something else to do until bed time.

Next morning we boarded our Delta Airlines flight for the USA. Ahead of us lay an a eight week one way trip from Richmond Virginia on the eastern seaboard to Portland Oregon in the Pacific Northwest. Were we exited? You bet. 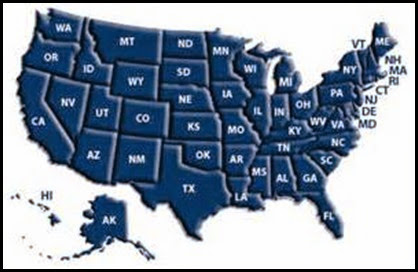 In years gone by we have done our fair share of travel in the US of A but we’d never travelled across the continent. So this would be a whole new experience. Of course they were a few “must sees” on our list which included Niagara Falls, Yellowstone National Park and Mt Rushmore. Other than that, the plan was to just get out the maps and make it up as went along.

Cruising friends Donny and Judy picked us up at Richmond airport and whisked us away for some fun filled days staying at both their residential home near Richmond and their holiday place on the waterfront in Deltaville. 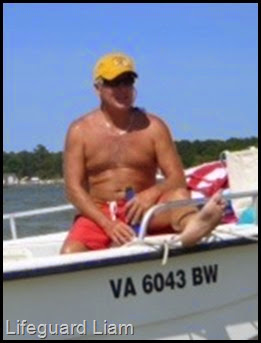 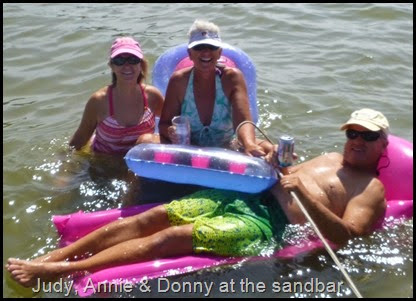 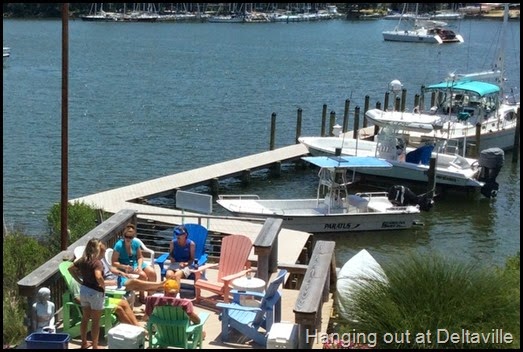 We had a ball catching up with their family and friends. BBQ’s overlooking the pool, lazy afternoons on their sundrenched deck and cooling off at a shallow beach are known to locals as “the sandbar’'.Our time with all of them made for some great memories. We could easily have stayed longer as they are such good hosts, but the rest of America was calling. It was time to pick up our Ford Explorer and hit the road. 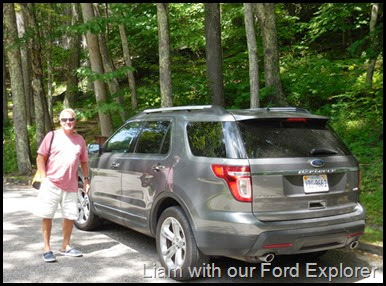 We’d made an advanced   reservation with Budget for a long term one way rental and the cost came in at an excellent price. The bonus was that our contract also came with unlimited millage, which turned out to be a very good thing, considering we racked up over 9,000 miles!

From Richmond we headed west 170 miles. Meandering along the roads less travelled by the masses took us through farm lands and sleepy towns ending up in the small city of Roanoke at the base of the “Blue Ridge Parkway”. Having already done our homework for a place to lay our heads we checked into the ‘Extended Stay America” hotel which came with a kitchenette complete with stove top, microwave, utensils and household fridge. So with a quick trip down the road to Wal-Mart, we had dinner sorted for our first “on the road” home cooked meal and settled in for a relaxing night in front of our big screen TV. 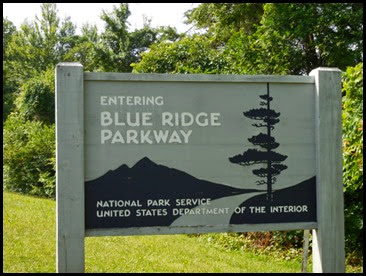 Next morning we headed up on to the Blue Ridge Parkway. It extends 469 miles along the crests of the southern Appalachian Mountains and forms a link between the Shenandoah and the Great Smoky Mountains National Parks. The southern end of the parkway begins just north of Bryson City, in the Cherokee Indian Reservation, North Carolina while the northern end starts at mile 0 in Waynesboro Virginia. We joined the route at mile 120 and would be travelling north. The scenery was just as we’d imagined. Beautiful. 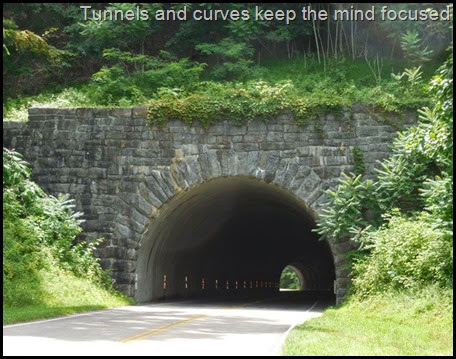 The road was excellent but quite winding and took a lot of concentration. Even though the speed limit was only 45 mph you still had to be on the ball.

Commercial traffic is prohibited  on the parkway but being summer this route is popular with holiday makers and is most definitely a motorcycle riders delight and there were plenty of them about. 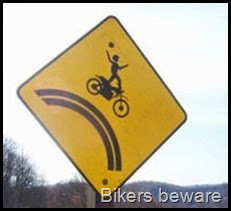 As we drove along taking it all in, the sweeping views over the valleys below,  the peaceful golden meadows and shady lakes made for slow going at times as we’d pull over to get a better look.

There seemed to be unlimited photo opportunities at every turn. 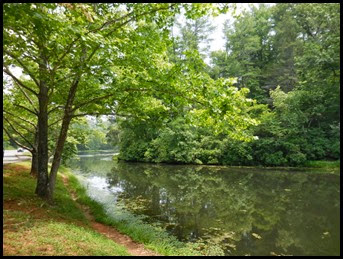 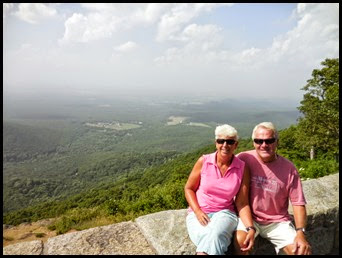 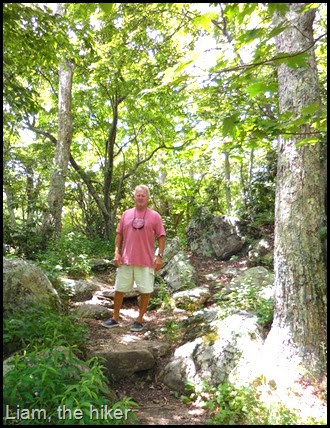 Along the parkway, the NPS provides well maintained hiking trails, picnic areas, overlooks (lookouts for those not from the USA) and many public campgrounds. We made plenty of use of the picnic areas and also some of the shorter trails.

With vista overload our first day was done and dusted we turned off the Parkway toward the small town of Strauton. It’s an understatement to it was a very quite little place though there were a few interesting homes in the main street, along with a couple of nice  cafés. 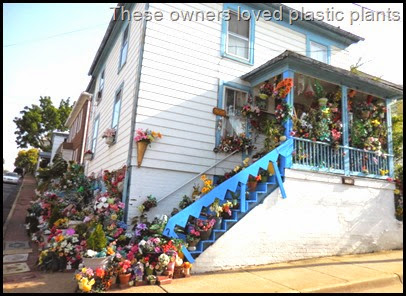 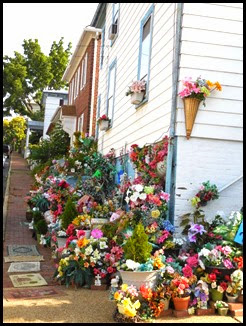 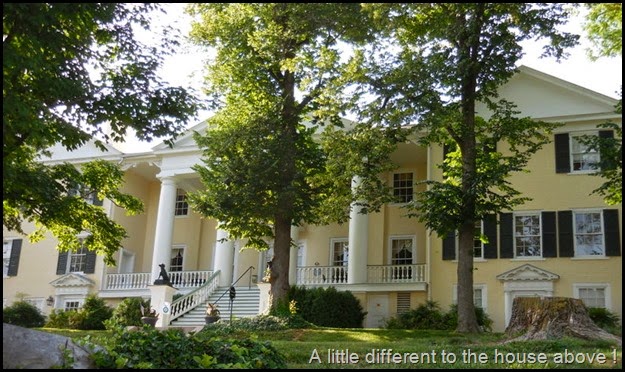 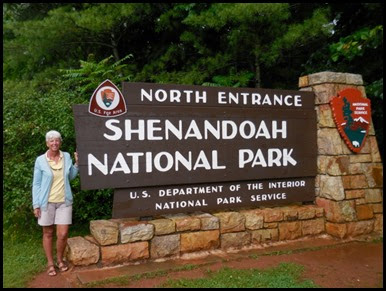 The following day back up the on the ridge we went to continue north from where we’d left off. This time we’d be driving through Shenandoah National Park. Is that John Denver I hear singing?

Established in 1935, before high rise buildings and air travel were commonplace the105 mile scenic roadway know as the “Skyline Drive”  follows the crest of the Blue Ridge Mountains.The park was a planned wilderness area that utilises the recourses of natural forests, fields, orchards and parcels of private lands and homes.

“Mountain tops have always beckoned humans. To stand at the top, to see as far as the eye allows, to take in the vastness of our world – is to be awed and humbled and inspired all at once “ This quote certainly sums up Shenandoah.

Once again there were many beautiful vistas with pretty wildflowers lining the edges of the narrow road. The park has 75 overlooks, that’s a lot, and over 500 miles of trails spanning a myriad of fitness levels, there were even some for people like us. 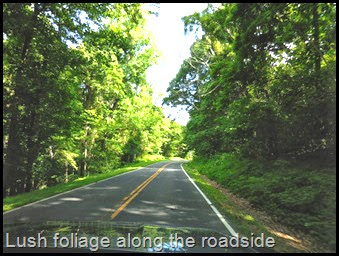 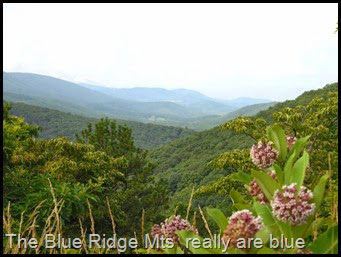 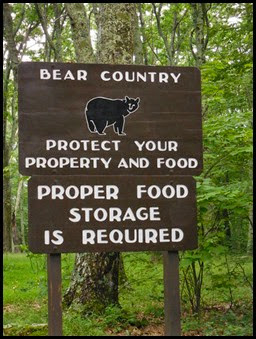 Apart from the scenery there were heaps of animal signs, especially for deer and bears. 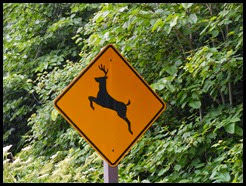 We thought for a while there that the animals must have been on summer vacation too, but just as we rounded a bend, there on the side of the road, we spotted our first black bear.

We were so close to him. He was standing tall and pretty focused on munching down something very yummy, paying no attention to us at all. That was until Liam got out of the car for a close up pic. Then he was off  like a rocket and all we got was a great shot of his bum! 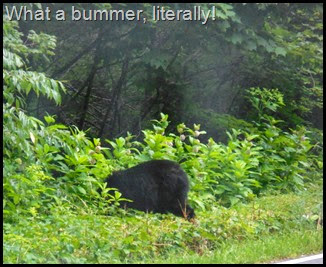 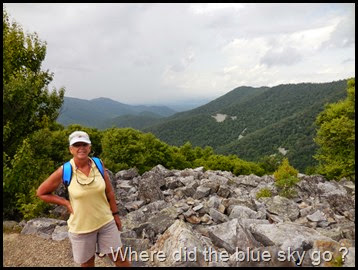 The brochure that Ranger Smith (not her real name) had given us at the park entrance stressed that the weather up here can change at the drop of a hat and to be prepared for cold, rain and fog and whatever else mother nature can throw at you. Yeah, Yeah, yeah, we thought as we left the air conditioned comfort of our SUV and headed down a trail for a bit of a leg stretcher. The sky was blue, the sun was shinning and you don’t get better days than this up here in the Blue Ridge Mountains we figured. Wrong. As we toddled along the trail, just past the point of no return, we looked at each other and said “was that thunder?” Then we heard it again. The clouds came rolling up over the ridge from the valley below and then the rain started, mental note: take heade of what the experts write next time. Luckily we made it back to the car before the heavens opened fully. 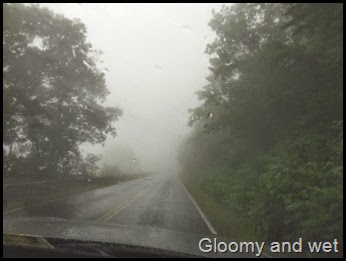 It was all downhill after that, the weather that is.The temperature dropped and the fog rolled in. It was downright chilly even in the car, so we turned the seat warmers on. Aahh luxury. I suggested to Liam he put on the steering wheel warmer too, but he bucked at that idea. He’s tough.

We felt for the bikers and hikers who were still out there but unlike us they probably read the brochure AND took the necessary precautions. After rumaging in our suitcase for jeans and wooly jackets, hastely munching down our sandwiches, 3535 ft up in the fog, we were off again.

The roads were starting to get very dicey and sometimes the visibility was non existent which wasn’t good considering how many deer call this park home. Last thing we wanted was to hit cute little bambie or his mum on day three of our trip.

We spotted a hiker looking very bedraggled thumbing a ride, so we moved a bit of stuff from the back seat and he squeezed in wet, cold and very grateful for the lift. He  was a big fella and sure didn’t look like a hiker to us, but then looks can be deceiving.

Striking up a conversation as you do, he told us he was hiking part of the Appalachian Trail which is just over 2,000 miles long, It crosses six national parks, eight national forests, spans fourteen states and is the the holy grail for many hikers.Now that is one long footpath. Anyway to cut to the chase, he was hiking alone, (is that sensible?) and had left his car several days ago in a car park some miles further up the road.

Being a chatty sort of guy he also told us about his adventures camping out under the stars and of his close encounters with big bears along the trail. He walked roughly 12 miles a day and was well equipped with food, clothing and bedding and of course bear spray!. Apparently, so he informed us, over the years many of the parks’ animals have cottoned on that it is way easier to walk along the man made trail than lope through the woods and fight their way through the undergrowth. Makes sense when you think about it. Plus, for the bears there’s always the chance of getting a fresh take-away meal. Now that doesn’t bear thinking about does it.

We dropped off our passenger and were once again on our way. I for one was thankful that he was a just a hiker and not a chainsaw murder. You just never know about hitchikers. Still that was our good deed for the day.

With the weather not looking like it was going to improve any time soon we called it quits and headed out of the park and down to our room at the Ramada hotel in Strasburg. After a hard day in the saddle it was good to be somewhere warm and cozy for the night.

We absolutely enjoyed our few days of driving the Blue Ridge Parkway and the Skyline Drive and would highly recommended it if you are travelling in the North Carolina or Virginia area. 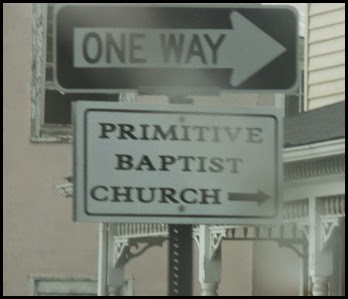 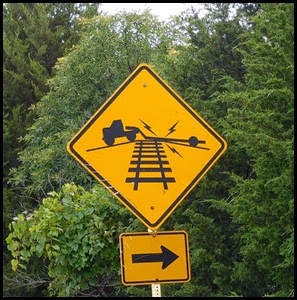 You see some interesting signposts in this country